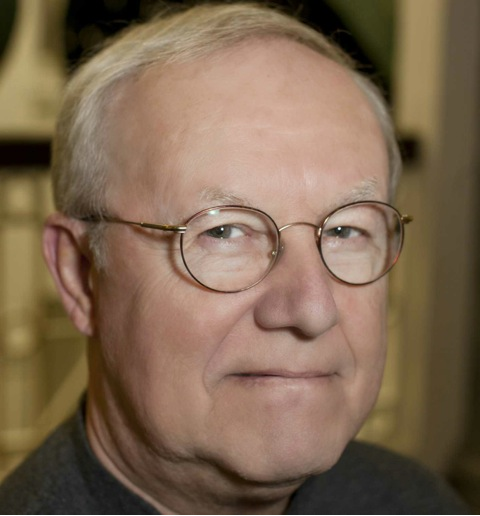 Since my second book has just gone live on Amazon in paper and digital, it seemed like a good opportunity to scribble a bit about the project, and my writing endeavors generally, so here goes.

I’ve been a writer as long as I remember, possibly in utero, though it was pretty dark in there as I recall. As the second of ten kids I couldn’t get a word in sideways, and that’s why I write. Someone much smarter than me once said “I write to explain the world to myself,” and that sentiment resonated with me, so…

The word MEmoir starts with ME, so that’s the genre I first published in. No astonishing surprise there; memoir has been declared dead and buried so many times that the Christian resurrection story pales in comparison. My own view of this genre is that, since broken, wounded, fearful and vain human type beings dragged our knuckles over and squatted around campfires in the great rift valley, we’ve held a crying and constant need to tell what happened to us: where we trekked that day in search of protein; how big and friggin’ scary that protein source was; how we lost our favorite club in the raging river; and how happy Ooshlan made us last night with her wetted parts. That particular narrative has survived eons of shared campfires, anxious treks and lost clubs, not to mention the quest for each others’ wetter parts. We’ll never tire of telling our stories, thus memoir persists and will thrive.

Even our religious canon is wrapped around such core stories: For starters we have the Garden of Eden/Rangi & Papa of the Maori people/the Kiva of the Pueblo/Deva emerging from the lotus and countless other creation myths. Along the way we have Biblical/Talmudic/Koranic and other archaic documents which codify the decent life: Heaven/Valhalla/Asgard/Avalon/the Elysian fields etc. etc.

Of course, Christian myths track the same arc. I grew up with the Adam and Eve tale, Cain and Abel, Christ crucified and the allegedly true historical Jesus, a fellow who knew he was going to die if he did certain things, but did them anyway, and along the way condemned all suicides. Go figure. I wasn’t allowed to question it; the nuns said it was a sin to do so. Just believe, they said. “It’s a mystery.”

Speaking of Christian stories, and sinful inquiry, I do label myself a recovering Catholic, and that nagging ailment informs a lot of my writing. Indeed, I’m currently at work on a second memoir, this one titled Balancing Earth and Sky, Confessions of a Recovering Catholic. This book picks up where the first trails off, unpacking much of my personal journey from second pup in an Irish Catholic litter of ten, to my seminary experience, getting shown the door there and subsequently getting drafted. In Balancing Earth and Sky I write about my interactions with my father, our similar dreams and dashed hopes, our political, social, ethical and ideological differences and the tension that exposed, and how the two of us made our peace with all that human clash and chaos at the end of his life.

Confession may or may not be good for the soul, as they say, but disclosure certainly is good for the writer’s soul, especially the memoirist’s soul. Just so, I was  (am) one of those victims of child sexual abuse much in the news, having been exposed to the predations of a member of the Catholic clergy when I was fourteen, in a minor seminary. That ingredient in my makeup seasons some of my writing as well, though I’m happy to report that the abuse itself is now something I’m almost grateful for, believe it or not, since it opened my previously gullible and unquestioning eyes to the myths and magic of religion.

Moving on, my first writing success came with The Sky Behind Me, a Memoir of Flying and Life. Published in November 2012, the book has done reasonably well, despite my amateurish promotional efforts. Based on my forty year career in the cockpit of commercial and military helicopters, TSBM takes readers all over the world—to Vietnam, where I flew Hueys in combat for a year with 101st Airborne Division, to Alaska herding bears, spotting tuna offshore from Chile, reporting news and traffic in several big towns, counting power poles all across the MidWest and flying self-important business chumps to their appointed rounds. Flying for the University of Iowa hospital in Iowa City, I carried 3,200 emergency medical patients in twenty years of hard, cold, anxious and extremely gratifying Air Medical aviation. Finally, on the Hawaiian island of Kauai I flew 2,500 tours to cap a marvelous career in the sky.

(Wait till you read about my flight across O’Hare International Airport one afternoon in a JetRanger at 400 feet. Even though I was following tower directions to the letter—a survival necessity at O’Hare—I pissed off an American Airlines captain who called me a bozo. It’s a fun story; you’ll like it.)

In forty years in the air I logged 12,500 hours of flight time in twenty different kinds of helicopters, flew more than a million miles, carried more than 150,000 people and turned more than 600,000 gallons of jet fuel into noise. After all those flights, people, miles and gallons, the number I’m most proud of is this: I had an equal number of takeoffs and landings. Not exactly easy in a helicopter, but I pulled it off. It’s all in The Sky Behind Me, at least the readable, fun and intriguing part.

I retired from flying in 2005, went back to college and earned my Bachelors in English at age 63. I may have been the only undergrad at Ohio State who was on Social Security. Now I write full time, and I can say with some authority—pun intended—that writing is harder than flying.

As for my second book, titled SkyWriting: Essays on the Art and Craft of Aviation, it’s a collection of flying tales from my own experience and that of several colleague/contributors. I learned early in the writing game that, unlike most of my flying missions, which were solo affairs, writing, too, is a solitary, grinding out kind of exercise, but only to a point. When the actual writing is done, the promotional part is suddenly and unavoidably collaborative. No writer can push their work out there by themselves. Can’t be done. Promotion requires reaching out, not just to our readers, but to each other for whatever help, tips, advice and critique there is to be had. Indeed, such sites as Self Publisher’s Showcase evolved from just such a need.

So I hit upon an idea, a collaborative endeavor that seems to have at least the potential for a win-win-win. SkyWriting is a collection of flying tales, many from fellow aviation writers wishing for a venue in which to display and promote their work. Why would they authorize me to publish their work? Because it’s free publicity for them, putting excerpts of their books and stories out there, pushing their titles and helping them gain exposure. Mine too, of course. In a world that sees 3,000 new titles per day, a flood of new written work, authors need any help we can get to be seen and read and not drown. SkyWriting is a life-preserver/promotional type venue as much as a collection of good stories. That’s one win. Proceeds from SkyWriting will go to an aviation charity. Volume #1, the book that just came out, for example, benefits an organization called Angel Flight West that flies sick kids to medical procedures at no cost. That’s another win. The third win is SkyWriting’s potential to dredge up even more and better flying stories, or, if the concept can be stretched a bit, to use it as a collaborative mechanism to fund other worthy chartable efforts. SkyWriting: Tell the World About Your ____? Fill in the blank.

Bees gotta buzz and writers gotta write. My future projects include subsequent volumes of SkyWriting, depending on how many stories come across my transom, plus the second memoir, Balancing Earth and Sky. I’m also at work on a helicopter novel of Vietnam, the definitive depiction of the aviation companies and helicopters that are iconic to that dustup in Southeast Asia a generation ago. Titled Waiting for Willie Pete, the novel is a cross between Matterhorn and Moby Dick. With any luck Waiting for Willie Pete will be available to readers by late next year.

Personal items last. I’m married to my best friend in the whole world. Mariah is my inspiration, confidant, lover and first reader. She’s also a damned fine editor, a rarity among friends/lovers etc., I’ve found. I live in Columbus Ohio USA, am a member of the Human Rights Campaign and I’m surrounded by strong, beautiful, funny and resourceful women, three beautiful daughters, a grandson named Henry who will soon be tall enough to ride roller coasters with Poppie, and another girl grandchild who will soon be old enough to be born, likely in November.

My literary heroes include Melville, Harper Lee, William Faulkner and John Steinbeck. The first book that convinced me I could write was a little travel and adventure piece titled Kon Tiki. I’ve been a member of Self Publisher’s Showcase for several months and I look forward to a long and prosperous affiliation.

Here are a few links:

The Sky Behind Me, a Memoir of Flying and Life: http://goo.gl/klFGF

SkyWriting: Essays on the Art and Craft of Aviation: http://goo.gl/B6dB68