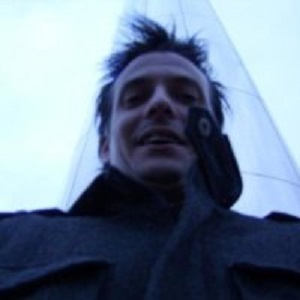 Babbling a maddening litany of his most Far Out ideas – Hunter S.Thompson

They’re the world’s best educating tool, and by far the best way to relax. That is, if you’re not involved in the production of one. A year ago, relatively new to social networking, I set about trying to find an outlet for my overwhelming enthusiasm for all things written. The Internet is an incredible place; I found books galore, authors all advertising their latest eBook, and…well, that was it.

Where are the agents looking after their clients interests? Where are the review sites?
It was then I decided I had to get involved. Starting – what in your own head – is a revolution, that takes people and money. It really is that simple.

I got to know author Kneel Downe through Twitter, and was really struck by his style of writing that was a new format to me. 140-character chunks of literature that build a multi-layered universe of Wolf-Splice detectives, a Void, Institutionalised Gothic Super- Heroes? Yes please! That’s amazing.

When it came to putting the first of what will be eight books together for release, the cracks in the writers support network came to the forefront. Kneel, whilst an incredible writer, doesn’t like self-publicising. If truth be known he would rather fail than sell himself. So what to do? No agent in their right mind is going to be the first to try and promote a book made of Tweets, scripts and interview transcripts. No publisher would throw money at an experimental project, so where did Kneel go now?

This is where I jumped in and decided to get involved in the world of books.
I believed not only in Kneel’s book, but in the man himself. His plans for each string of the universe to play out were outstanding, and I wanted to be part of something I genuinely knew to be special.

I knew relatively little about being a traditional writer’s agent. I have no experience in book marketing. So how did this meeting of the minds develop into a successful company?

Belief.
If anyone writing today wants to be a success, bring someone on board who believes in you and your vision. And so we started DreamCage, a company with a difference. If we didn’t believe in you then you didn’t get representation. All upfront costs came from our own pockets, cover designers were sought from other design mediums to bring a new perspective to an old art form, and websites were bought and designed for the promotion and marketing. Sounds easy doesn’t it? And to be fair, when you believe in a writer it is… to a point.

Stigma! I hate the word, but as self published writers it’s what we face daily. No big global magazine wants to review your book. “We would have to review everyone’s” is what we received many times… but that simply isn’t true! A magazine may have a deal with a certain publisher but won’t necessarily review EVERY title. Then there’s the publishers themselves, a strange breed of folk whose word is law. They can’t publish your manuscript if you haven’t gone down the right avenue to approach them, but without a literary agent you can’t find the avenue. And lets be realistic, it is only their opinion whether the book is good or not anyway! And now they’re offering self-published packages where, for a year’s wages, they can guarantee selling your book! But whilst all this is occurring they are helping the stigma of Self-Publishing grow as a way to control their clients and keep their golden goose.

What the literary world needed, what DreamCage needed, was an avenue to get the word out. A place where writers, designers, editors and marketers could come together and take the revolution to the next stage.

We are only 1% along a long road to equality with published authors, and the only way to carry on towards that goal is to support one another. My whole company is behind Paul and the guys here at The Self Published Showcase; without the tireless support of sites like this we would be going it alone and losing the fight.

I beg all of you to get behind projects like this, get on the Internet sales sites and buy a self-published book. Then tell the whole world, so that they can read it too. If you’ve read a superb self-published author then approach bloggers, websites, and companies like DreamCage.

We all want the same result for the authors we love.

Spreading the word is the biggest weapon in our arsenal.