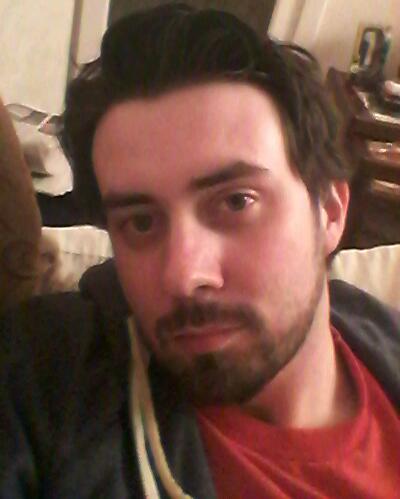 M. W. Duncan: Thanks for having me. I’m looking forward to answering your questions.

SPS: For those not familiar with your work, tell us a little about yourself M.W

MWD: Well, I’ve been writing since I was quite young. It’s just something I’ve always done, written little stories. At first, these were tales involving my friends and I battling aliens or “baddies.” I’ve been writing seriously for about five years now but it’s only been in the last year that I’ve felt I reached a level of professionalism in my writing where I could consider publishing my work. I write whenever I have the spare time, usually aiming for about 1000 words a day, more if I have a quiet day. Outside of writing I’ve gone back to university and am studying with Aberdeen University to become a counsellor. I’ve got about three years left before I qualify, plenty of time to produce a few novels and a handful of novellas. 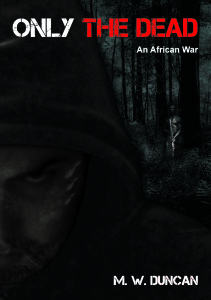 SPS: In April you published Only The Dead: An African War, can you tell us a little about the Novella and where the inspiration came from?

MWD:  The novella is about a former soldier and a reporter meeting by chance during the second Liberian Civil War. They’re both there for very different reasons, one to help the rebels fight, the other to document the war on the ground, up close and personal, warts and all. Through circumstance beyond their control they’re thrown together and find that they need each other to survive the retreat through rural Liberia, chased by enemy soldiers.

The inspiration came from my voracious appetite for reading non-fiction historical books. I love history, and love reading about it. To me, Liberia was a place on the map, a former freed slaves nation, that based itself off of the United States. That’s as much as I knew, so I decided to read a little deeper and there was a wealth of information. The Liberian conflicts aren’t taught in most schools, it’s something that was overshadowed by the Iraq Invasion, very much a forgotten war. I thought I could tell a great story within this setting and perhaps arouse some interest in the history of Liberia.

SPS: You are pretty vocal in your love of computer games; did you draw anything from these into your work?

MWD:  For me, computer games are a little like music, they really help to set the tone or mood I’m in. I usually write to music, but do a lot of thinking while playing computer games. Indirectly, they help me to form ideas but other than that, I just enjoy a good game, some would say, too much.

SPS: The novella is very thought provoking from a moralistic point of view, is that something you really set out to achieve?

MWD:  Absolutely. The old adage “history is written by the victors” applies to my novella. When you read a history of Liberia, or any war, it’s inevitably written from the side of those who came out on top. In An African War I wanted to explore what it would be like to have a character who didn’t conform to the Westernised thought of the moralities of war. One of my main characters is well prepared to accept that the brutal war is something to be embraced, not changed. After all, it’s an African civil war, fought by Africans, in a vicious way. I wanted to spark a debate in my readers’ minds, to challenge the idea that war is black and white, right or wrong. Hopefully, this is something I managed to do.

SPS: What can we expect from future novellas in the Only The Dead series?

MWD: I’ve planned out the whole series in the Only The Dead series. The next one will follow Mark back to Britain, and focus on how surviving a war can affect someone, how he doesn’t seem to fit in being back at home. How relationships seem to have distorted since he was in Liberia. There will be a lull in the action for the next novella, but expect to follow Mark and Kyle back to war. Let’s just say that Africa seems to have a hold on them both. I’ll be introducing a couple more important characters and there will be some serious character development for both Kyle and Mark.

SPS: Moving on, you don’t seem to be one to stay solely in a particular genre. Can you tell us about the upcoming thriller ‘Welcome to Carrion City’ and is there a tentative release date planned?

MWD:  I never really think of myself as a writer who is confined to one genre. I’ve plans for many stories over several different genres. I think it helps to keep ideas fresh and improves my overall writing ability. Carrion City is a character-driven thriller. It’s the first novel that I completed, although at the moment I’m adding to it, increasing the word count to about 90,000 words. I think that I’m bringing the novel to a more rounded and satisfied conclusion. The novel itself is quite ambitious with six main characters, all who have stories running at the same time. The story revolves around a virus outbreak in Aberdeen, Scotland. Those infected are turned wild, uncontrollable, and vicious. In a bid to contain the outbreak, the government impose a quarantine of the city and put assets into the city to combat the virus. It’s hinted that perhaps the virus outbreak wasn’t a natural or accidental event.

There has actually been some publisher interest in Carrion City, so I’ve got fingers crossed that they find my revised novel to their liking and things move forward, if not, I’ll prepare the manuscript for self-publication.

SPS: You’ve spoken on deciding to bring all the major characters together at one point in the novel, why did you feel this was important?

MWD: I feel like it would be too easy to have several characters in one story who never come together, or have no connection. I wanted to challenge myself to attempt to link all the characters and have their paths cross eventually. It feels like it’s a little reward for the reader, to see how they all link up. I must admit, that at the moment, I’m still not entirely sure how the novel will end. The way I write is very fluid. I know where I want to go with the story, just not exactly how I should get there.

SPS: What can we expect from you next, once Carrion City has been published?

MWD: Once Carrion City is done, I would like to complete and publish the next Only The Dead novella. Work on that has slowed at the moment. I also have another novella I’m keen to write, it’s a little different to what I normally write. There’s no battles, bloodshed or violence. It’s basically a will they, won’t they love story. It’s set over a single week where two people meant to be together find a chance to make it happen, but there are many obstacles in their way. It’s based on my first short story that was published. I think it’ll be around 30,000 words and I’m still thinking of a title. I usually like to have a title in my mind before I start something but this novella is proving a little difficult to title.

SPS: Was there a particular reason that you decided to go along the Self-Published route?

MWD: Before I decided to edit and increase Carrion City, I submitted it to quite a few UK publishers. I know now that it was too rough to deserve publication, I jumped the gun a little, the excitement of finishing a novel.  The actual experience of submitting to publishers was something I didn’t enjoy. I found it frustrating having to wait months and months without even receiving a confirmation letter or email to say they had received the manuscript. Also, the majority of traditional publishers are not open to accepting novella submissions. I have a couple of writer friends who have had some great success in the self-publishing market. They were really helpful with both advice and encouragement. I like the idea of having a piece of writing that I have full control over, be it content to cover design. It’s exciting to be in charge of everything but also very challenging and time consuming. In an ideal world I would like to keep the novellas as something I do on my own, and my novels picked up by a publisher. This is far from an ideal world.  I’m prepared to be a self-published author of both novellas and novels.

SPS: Finally before we let you go, are there any authors out there that you are currently enjoying that you’d like to bring to our attention?

MWD: I really enjoy taking the time and reading other self-published authors. There are some real gems out there. There are three authors who I’ve really enjoyed over the last few months. Kirkus MacGowen, author of The Fall of Billy Hitchings and Wrath. Xander Buchan, writer of Dracula Rekindled. Also, Andrew Lamb, author of Dispatchers- Vengeance of The Dark. If you’re stuck for something to read, then I can recommend these authors. The next self-published author I’ll be reading is Rhani D’Chae.

SPS: On that note, thank you M.W. for taking the time to chat with us today and Good Luck for the future.

MWD: Thank you for giving me the chance to ramble on. It’s been a pleasure.