Interview – Ben Kreiselman, author of the Supernatural Romance novel ‘The Rose of Provins’

Posted Sep 8 2013 by Paul in Interview with 0 Comments 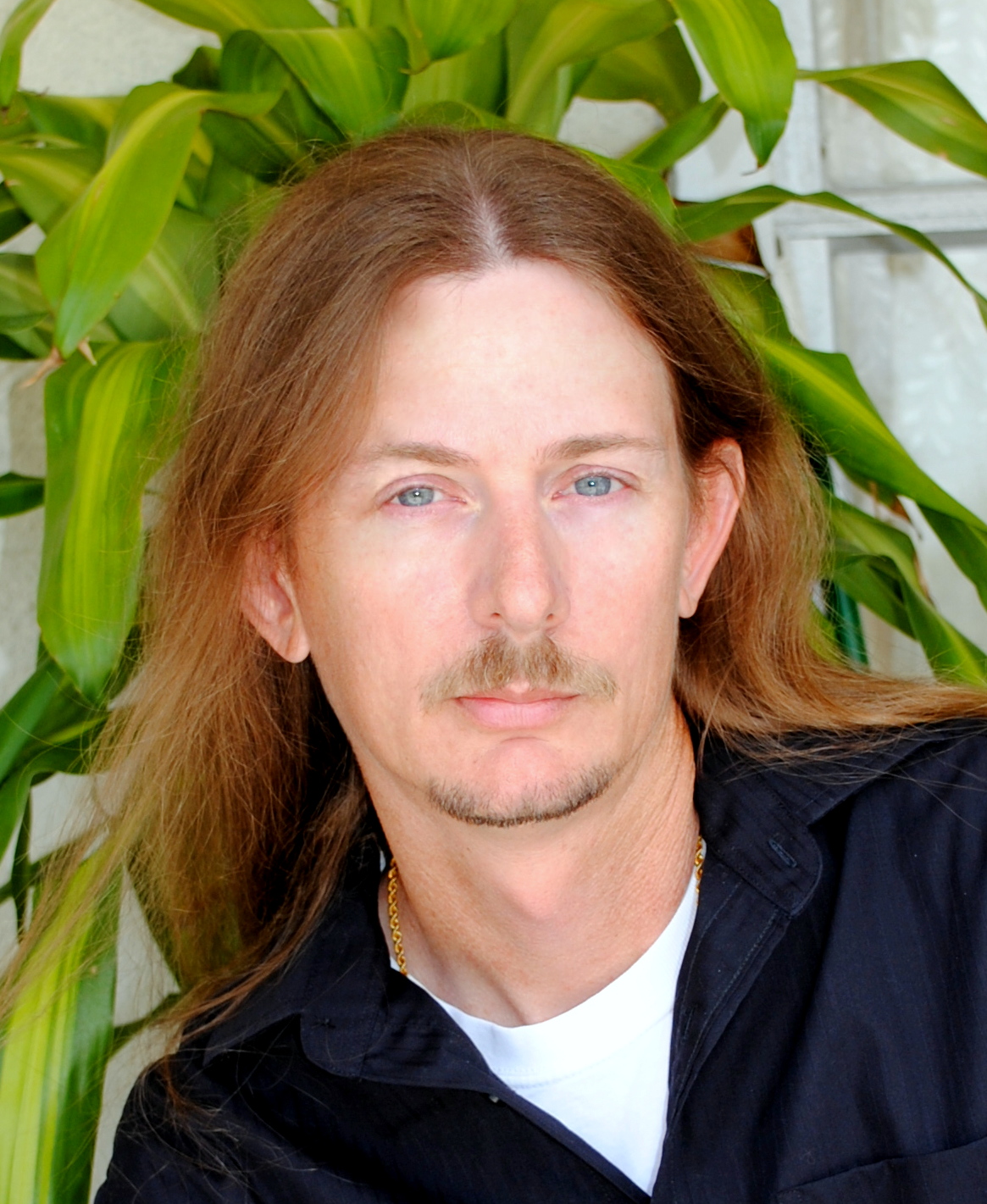 Self-Publisher’s Showcase: Today we are joined in the Showcase Lounge by the author of the supernatural romance novel: The Rose of Provins. Welcome, Ben Kreiselman. 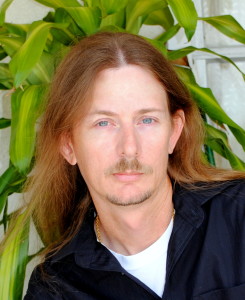 SPS: Let’s start things off with an introduction. Tell us a little about yourself for those not already aware of you and your work.

BK: I was born into an extremely creative family. Most of the people in my family have some type of creative talent that can “wow” you. Personally, I used to play in a rock band in my teens. I have a lot of original music I copyrighted from back then. When my first daughter was born, I walked away from music entirely. I didn’t want to raise her around that type of environment.  Once she was born, I decided to start my own glamour shots photography business, and a few years later I had a second daughter.

Around that same time frame, the first thing that triggered me writing The Rose of Provins happened. I was in Vero Beach waiting to book a hair salon for a photo shoot. I was sitting in the waiting room reading a magazine when I noticed an Indian lady sitting across from me staring holes through me. I looked up and gave her a nod and a smile, then went back to reading the mag. The lady never flinched or even changed her expression. She just kept staring holes through me. So, finally I got up, set the book down and said “Hi, I’m Ben.” As I shook her hand she told me “You’re a writer.” I looked at her funny and told I had written and copyrighted songs. She shook her head and told me I was writing a book. At that point she had my full attention, because I was indeed working on a book that’s still sitting in my desk unfinished. She went on to tell me that someday in the future I was going to inspire people, and that I was going to eventually make a lot of money doing it. As she got up and walked out, she turned back to me and told me if I didn’t continue to write that I would be a pauper. I sat there kind of dumbfounded. There was no way in hell that lady could have known I was writing a book. Especially with my hair down, I looked more like some rock n roll punk than a writer.

Fifteen years passed with me still working and raising my kids. I had put down the novel I was working on and had forgotten about the psychic lady. I also dropped the photography business and went into landscaping. Then the second thing happened that triggered me writing The Rose of Provins. I was sitting at a Super Bowl party drinking beers with some random people. At the end of the night, I got up to leave and was shaking hands with the people around me. The last person I shook hands with was this little grey haired old lady. She gripped my hand tight and wouldn’t let go. She was clearly half drunk and looked up at me all cross-eyed and said “You’re special!” I laughed and shook my head thinking “Damn, granny thinks she’s gonna score some young stuff.” So I asked her what she meant. She told me I was going to create something and I would eventually make a lot of money from it. Then went on to tell me that one day I would inspire people. She totally killed whatever little bit of buzz I had at that point. I instantly thought of the Indian lady and what she had told me. I realized that that was now two times in my life that random people that could not know me from Adam saw something in me and told me basically the same exact thing. I went home and told my wife about it and she told me I better get busy writing. So, instead of picking up the old book, I started a new one. The Rose of Provins.

As for all the things the two psychics said to me, the money and inspiring people, I guess we will have to see. Although, I did stumble onto an old creative writing teacher that has asked me to come and do a seminar for his classes at one of the local high schools. So maybe that could be the part where I could inspire people. We’ll see. =)

SPS: The Rose of Provins is your first published novel; can you let us in on where the idea for the story came from? And how long it took you to turn the dream of writing it into reality?

BK: Well, as I said, I run my own landscaping business. So I would go out and work in the hot Florida sun all day, then come home and write two or three pages per day. So I actually finished writing it in a little under seven months. But you can tack on another six months’ worth of waiting for the editing, formatting and cover art to be done. The main delay was waiting for slots to open up for the work to begin. Next time all that will happen faster because I understand the process now.

The idea for all my books comes directly from my dreams. I have a folder full of all kinds of weird dreams I’ve had. I wake up in the middle of the night from a really intense dream and grab my notebook and write it down in the dark. Then I will pick one out and mould it with a little creative fiction. I have some really neat stories coming in the future. Stay tuned.

SPS: Was it always your intention to add the Supernatural element to the book, rather than a potentially more straightforward romance novel?

BK: Actually, I never intended for the book to be considered romance. My editor and all of my proof readers agreed that there was a heavy flavour of romance throughout the novel.  They are the ones that ultimately decided to call it a supernatural/romance.

The supernatural element was the creative fiction that I added to my original dream. I think it really added a lot to the plot. The plot itself is very complex. There are a handful of threads that all eventually merge together. I’ve received a good amount of positive feedback from readers about the plot itself.

SPS: Can you tell us a little about the leading character, Emma?

BK: Emma is an easy-going, but very self-sufficient woman. She had a rough time growing up after her mother died and her father married a much younger woman. When she came of age, she used the money her mother left for her in a trust fund to open an antique shop. However, even though she is proud of herself for being self-sufficient,  she still feels alone and like something is missing in her life.

SPS: Emma requires assistance from Jack, the handsome stranger. What can we expect from the relationship between Jack and Emma as the story progresses?

BK: They both offer the other a shoulder to lean on. They have a very strong chemistry between them that will help them deal with the hell they will be going through.

SPS:  Now that The Rose of Provins is out there for all to see, has the reaction been what you were expecting?

BK: Yes and no. I figured people would comment favourably on the complexity of the plot. And they did. What caught me off guard were the reactions I got from some of the more graphic scenes. Even my editor went out of the way to mention some of them. “This scene is pretty impressive. Gross and horrible, but impressive. Kudos!”  I got similar reactions from other readers as well. It was something I actually worried about and went out of my way to tone down. I wanted to put some shock value into the story, which I apparently did, but I was afraid of going overboard with it. Overall I guess it worked out okay. I’ve gotten a good amount of five-star ratings so far. =)

BK: Learning what you have to do. I walked into the whole thing with zero knowledge of the whole process. And I still feel like I have a lot to learn as far as promotion goes.

SPS:  Have you learned anything from the process that you are carrying forward into your next novel?

BK: Absolutely. When you are getting down to the last 20% of your novel, schedule an appointment with both the editor and formatter. While the editor is doing their work, have your cover artist working so that will be done in time for the formatting as well.

SPS:  Speaking of next novel; can you give us an insight into what we can expect next from the pen of Ben Kreiselman?  Are you going to be writing in the same genre or do you have plans to try something different?

BK: My next book will likely be considered a thriller. It’s currently titled: Between Here and There. 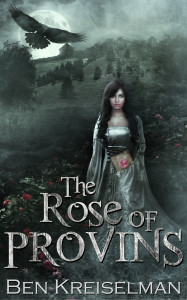 SPS:   We are big believers in professional looking book covers, can you tell us about how the great cover for The Rose of Provins came about and whose handiwork you have utilised?

BK: The design is my vision. The artwork was done by Karri Klawiter. I described how I wanted the scene to look and she sent me the first sample. I told her how to change the scene and what I was looking for and after going back and forth about four times, I was happy with the final version. She does amazing work and is very easy to work with. I highly recommend her to anyone needing a cover artist. Tell her Ben sent you.

BK: No, in a perfect world I’m sure most authors would love to have a big publishing company dump a truck load of money on you to publish you. Unfortunately, when you’re new/unknown, they are not willing to pay you enough to make it worth your while. So the self-publishing route is an easier way to make a name for yourself as well as a few bucks. If you can gain a little success, then you have a better chance of getting picked up (And paid) by an established publisher.

BK: My wife just released her first book of poetry. It’s called The Twilight’s Enchantment. It can be found here

SPS: Thank you for joining us today Ben, and good luck.

SPS: The Rose of Provins is available via Ben’s Author page right here