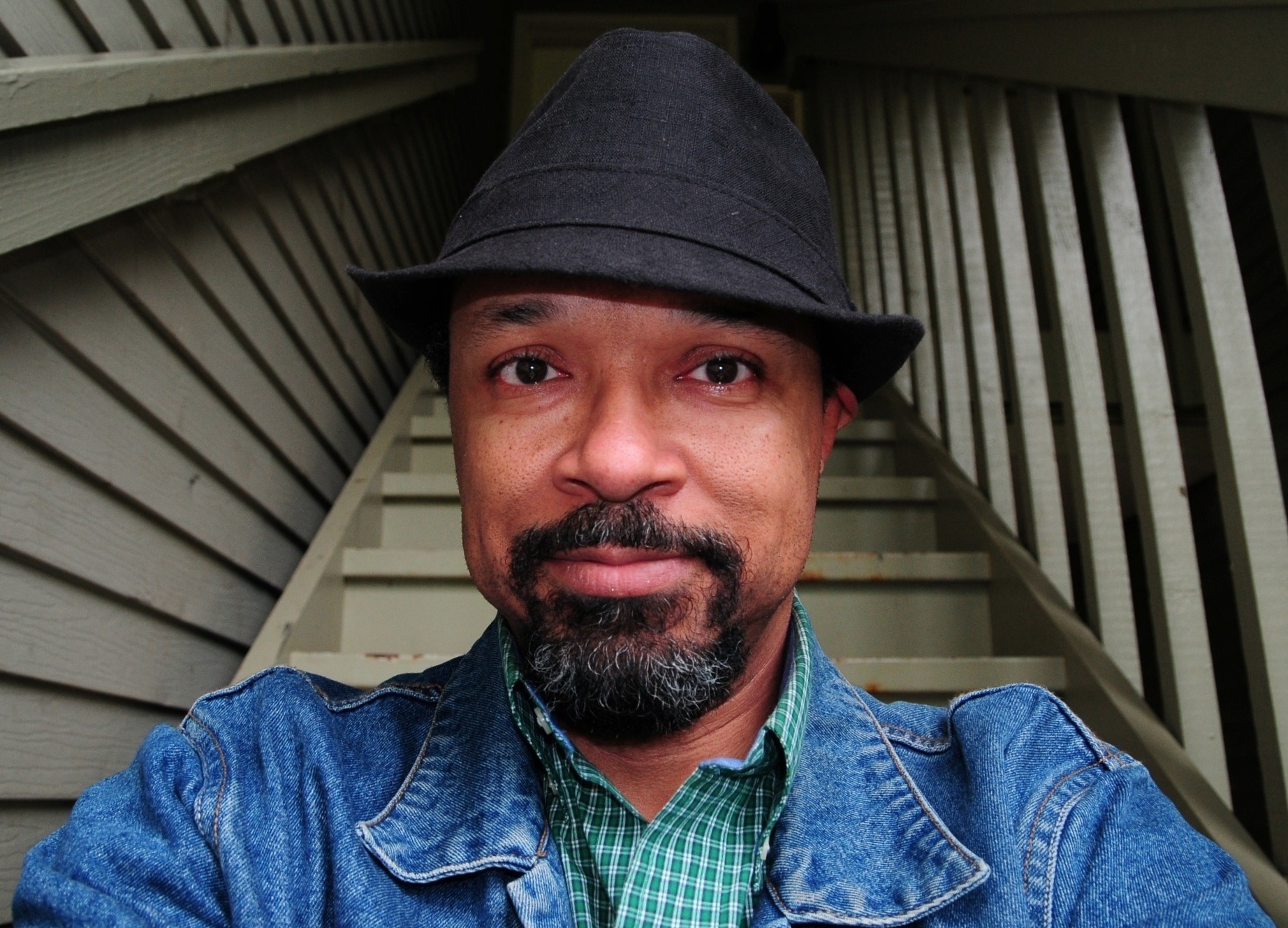 Self-Publisher’s Showcase: Today we are joined by Bill Jones, Jr. author of The Stream fantasy trilogy.  Welcome to the Showcase Lounge, Bill. Can we start by just asking you to tell our readers a little about yourself?

Bill Jones, Jr:  I’m a father, a poet, photographer, and novelist with a full-time career working as a U.S. government contractor. I’ve been called a Jack of All Trades, but I prefer to think of myself as Master of Mediocrities. Fortunately, I also have ADHD, so I was born without an “off” switch. It makes it easier to juggle my various interest and careers.

SPS: The first novels that you produced were the opening two books of your Fantasy series, The Stream. They came from just one short story. That’s quite an achievement! How easy was it to flesh the story out?

BJJ: It was surprisingly easy, considering I’d never attempted to write a long piece of fiction before. The premise of the books is two 12-year-olds who meet and discover they have the ability to walk into dreams – theirs and others. I based the female character, Robin, on my two best friends at the time. Once I knew her character, the interactions between Robin and my lead, Charlie were easy. I’d decided the plot would be a good vs. evil story, and pulled together a loose outline that led me through the story.

The books are Fantasy Fiction, and there are lots of mythical beings in the story, some well known and others either more obscure or purely imagined. I also wanted to tie in a real-world story line, based on some of the stories I’d heard growing up. As a result, I had a lot of material to work with. The real learning experience wasn’t in figuring out to get out the story, it was discovering that what I’d envisioned as a single book, turned out to be two. Looking back through the lens of experience, if I’d been smart enough to realize how ambitious my first work was, I might not have attempted it. There’s a lot to be said for ignorance. 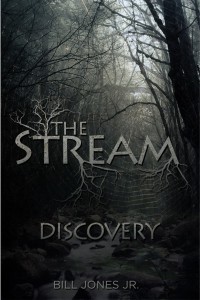 SPS: The first book in the series is DISCOVERY, where we meet the main character, Charlie Patterson. An exceptionally bright young man, with no close friends. Did you draw on your own youthful shyness in developing Charlie?

BJJ: I did, very much so. In fact, the opening to the book is based on a dream I had on the day before I started Middle School. I had many of the same worries as Charlie, and I was easy to connect with his emotional makeup.

SPS: Charlie becomes fast friends with Robin LeBeaux, a girl from New Mexico with a tragic past. Can you tell us a little about how their friendship flourishes against the odds?

BJJ: Charlie and Robin are very different, but they complement one another. Robin is outgoing and brilliant, but a bit goofy, so others don’t recognize it. Charlie does, right away, and that is part of what pulls them together. It is easier to connect with someone you know understands you. The key to their partnership throughout the book is that they rely on each other for gifts they don’t see in themselves.

SPS: Both discover the ability to enter and influence people’s dreams. How do they react to this new and unexpected development?

BJJ:  Charlie’s initial reaction is to question his sanity. However, he’s a video-game kid, and a single adventure involving dragons hooks him completely. Robin’s past has been darker than her friend’s, so she understands that with dreams come the possibility of nightmares.

SPS: Without giving away too many spoilers, what can we expect as the story develops through the trilogy?

BJJ: The main things you can expect are adventure, fun dialogue, laughter, and tragedy. Charlie and Robin grow throughout the series, both in terms of their abilities with the dream world, The Stream, and as people. There are many fantasy adventures – dragons wars, battles with wondrous and horrible creatures, and the like – but the books are also rooted in the real world. I hope readers fall in love with the characters and root for them as they face and overcome the many challenges they face. Importantly, they should expect that the story, although it stars 12 and 13 year olds, is very much a book that adults will enjoy. This isn’t YA fiction; it just stars Young Adults.

SPS: Do you have any plans to revisit the characters in the future to further expand the series?

BJJ:  I do, mainly because they keep popping up in short stories. I’m currently revising the 3rd book in the series, Emprise, mainly because it’s my baby and I just wasn’t happy with the opening. I expect to re-release it within a month or so. I also want to write a second-generation tale, starring and adult, more jaded Charlie and his children. I think the idea of The Stream with an “edge” is very appealing. 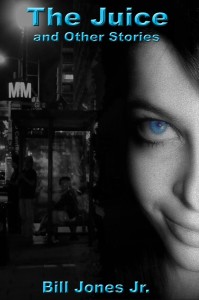 SPS: After The Stream you moved onto to produce a collection of Short Stories, The Juice and Other Stories. How different was it to write across a wide variety of Genres?

BJJ: It was very liberating! I’m very much a plotter when it comes to novels, but with my short stories, I just take a single idea and let it develop on the page. As a result, each story came out differently and the genres happened organically, so to speak.  I’d recommend short stories to any writer, but also to readers wanting to sample a writer’s style. I have to say, my writing improved a lot from short stories. Plus, I’m now hooked on writing in other genres and styles.

SPS: Are you tempted to expand on any of the 13 tales in the future to produce a novel?

BJJ: The best compliment I ever received as a writer was from a reader who messaged me to tell me a lot of the stories in my collection would make good novels. I’m especially intrigued with the title story, “The Juice,” and “Days of the Never World.” Plus, I’ve taken two of the characters in the short story “Crazy Magnet” and I’m currently reworking them into a detective/suspense novel. 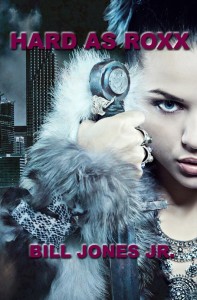 SPS: HARD AS ROXX is your first Science-Fiction novel, did you find your writing process to be any different, and was more research required?

BJJ: I did have to do a lot of research on mythology for The Stream, especially the 3rd book, which features Asian mythology I knew nothing about. But the research for Hard as Roxx was world’s apart from that. The book takes place in 2137, and I wanted it to be believable, so I did months of research on technologies, sociology, etc. Most of the tech in the book, even the futuristic stuff, is being at least researched someplace. Fortunately, it was right in line with my day job in a technology company, so I had both the natural interest and an idea of where to look. I’m anal enough that I wrote a year-by-year “future history” from 2012 to 2135, even though none of that stuff is in the book.

SPS: Tell us about Roxx, she seems like a great lead character.

BJJ: Roxx is a mother of 2 girls, from an impoverished part of the world known as Africasia. The fact that she has two children is important, as a second birth has long been considered to be impossible, and the penalty is death. Roxx, however, doesn’t much care what the law says. She’s a martial arts instructor, a skilled marksman, and will do anything to protect her daughters’ lives.

SPS: The story sounds fantastic. Where did the inspiration for the One Child Law and its strict penalties come from?

BJJ: The story actually popped into my head all at once, while watching a music video, of all things (“Do It Like a Dude,” by Jessie J). When I was researching fears for my Stream series, I’d found a lot of research that said the single thing most women fear the most is something happening to their kids. So, when I thought of the Roxx character, the next thought was, “What if Roxx had two daughters and one of them was threatened?” I had a great deal of fun thinking of plausible scenarios that would lead to that happening.

SPS: What can we expect in the near future from the pen (or fingers) of Bill Jones Jr.?

BJJ: I’ve completed the draft of my first detective novel, which I’m considering releasing under a pen name. I’ve also begun work on another detective novel based on my character Jeanne Dark, who is a French female detective with extraordinary gifts. I hope it to have some of the energies of the old Sherlock Holmes series, while being completely reimagined. Dark will be flawed, but not Holmesian at all. Finally, of course, I’m working on another short story collection.

SPS: You have a very apparent love of Photography, how do you utilise this to help you in your writing?

BJJ: It helps a lot. I’m very much a visual thinker, so I will use photography in my description work. For instance, my current work takes place in London. I’ll be traveling there with my camera next month. What I see, even the random bits, will turn up in the book somehow, I’m sure.

BJJ:  It was because when I researched traditional publishing, I could find no one who thought that route was beneficial to writers. We writers still have to do much of the marketing, even pay for the editing in some cases. Add to that the fact that only 10% of traditionally published books even make their initial writer’s advanced in sales, and finding reasons to go the traditional route are hard to come by. The deciding factor was when I submitted the idea for my first book to an agent, who said, in effect, “I really like the concept, but I have no idea to whom I’d sell it.” Okay, but since that’s your entire job, why do I need you?  I went the indie route after that.

BJJ: The single piece of advice I’ve seen ever writer give is to read. I would echo that – read everything you can, and not just fiction. Read non-fiction, poetry, news articles. Understand word usage and how stories are crafted. And then, most importantly, just write. The first things you write won’t be great, but I promise, if you continue to practice you’ll find your voice and improve.

SPS: Thank you for joining us today Bill, and good luck in the future.

BJJ: Thank you, this has been fun!

SPS: For more information on Bill and his work please do visit his Author page here, and if you are looking for a great new Fantasy series we highly recommend picking up a copy of DISCOVERY: The Stream.