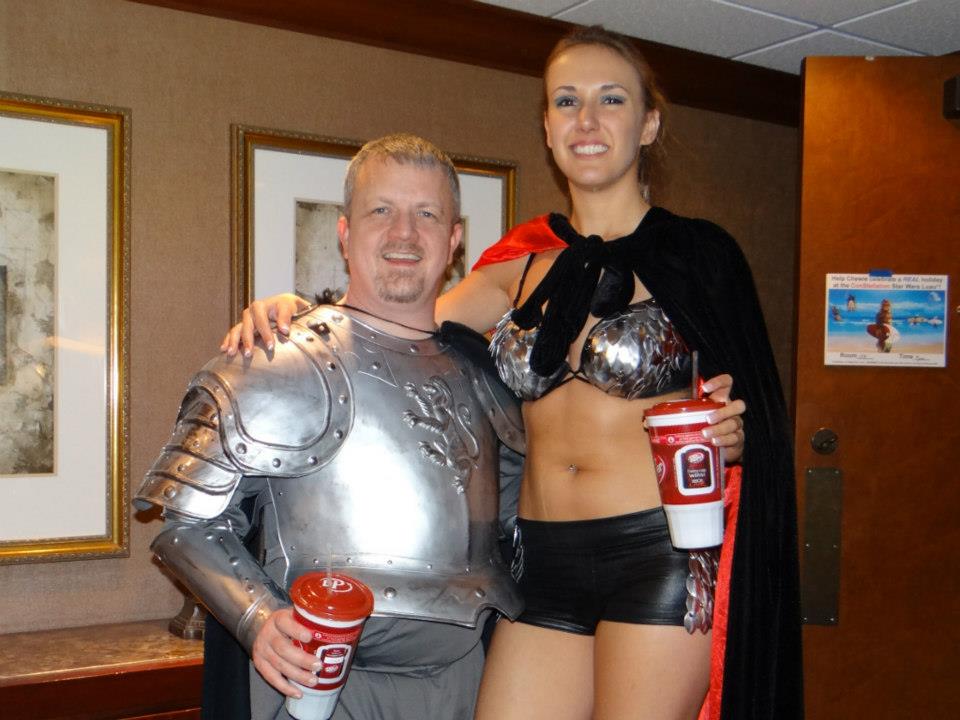 Self-Publisher’s Showcase: Today we are joined in the Showcase Lounge by the author of fantasy novels Angst and Buried in Angst. Welcome David J. Pedersen.

David J. Pedersen: Thanks for inviting me, I really appreciate it.

SPS: Care to fill us in on a few details about yourself, for those unfamiliar with your work?

DJP:  I’ve written two fantasy novels. Angst, which was released in late 2010, and the recently released sequel Buried in Angst. They are a little different than traditional fantasy where a young man or woman with great potential but no direction meets a mentor or wizard who sets them on a path to become great heroes. Angst is the guy that got passed up for all that. He’s 40, knows he was meant for something better, and is sure the answer is to become a hero. It’s a “be careful what you wish for” sort of story.

SPS: Your first published work that we know you for is Angst. But are there any other pieces of work floating around that pre-date your Fantasy novels, any hidden gems? Or did you just dive straight into Fantasy novel writing?

DJP: I’ve got a few half written novels in my desk drawer, but the two Angst novels are the only thing out there. It’s funny, I actually struggle with writing short stories so I’ve never written or submitted anything to a magazine, or any other publisher for that matter. So, yeah, I dove right in.

SPS: The hero of your Angst books is a 40 year old who seems to have missed his chance to achieve his dreams in life. Where did the inspiration for the character of Angst come from?

DJP: I believe the desire for a better life, the feeling that it was meant to be more exciting or adventurous, is something a lot of 30-50 year olds can relate to. I know I certainly feel this way, it’s part of what drives me to write. Many of my friends have teased me about writing an autobiography (I’d like that giant sword now please). I think it was best explained by a close High School friend who said reading Angst was like spending an evening with me. That said, a lot of it is drawn from my own life and experiences (including the flirting; I have a very patient wife.) 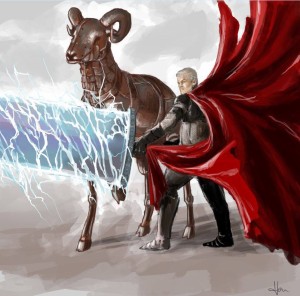 SPS: OK, we have to ask… Where did the idea for the incredibly large sword come from? Did you feel the need to do something different from the norm’?

DJP: I’m sure it has something to do with overcompensating. Ha ha. Really though, I meant it to be humorous. A Sword in the Stone sort of moment with what they thought to be a statue was perfect for shaking things up. The idea of this short, chubby, old guy wielding it like a rapier, in my mind, is a comical picture. At the same time, I would be wary to face someone with a beast of a sword like that.

SPS: The tagline “A midlife crisis in Medieval Times” is one of our favourites. A Eureka moment post editing?

DJP: Definitely! Being an indie writer I spend a lot of time promoting through social media, as well as at Science Fiction and Fantasy conventions. I’m always looking for a phrase or something that stands out.  I think this tagline is a solid way to share the unique aspect of Angst in a single sentence. While I don’t remember the exact origins, once it came to me I ran with it.

SPS: There is a strong presence of humour in your books; is this a reflection of yourself coming through in your writing? Where you ever tempted to write something darker?

DJP: Life is often hard and a lot of work and if I didn’t laugh I’d go crazy. I’ve always been a person that can make others smile or laugh, especially under tense situations, so it is something that has definitely come out in my writing. I’m just glad it has worked so far, a lot of written humour doesn’t work so I’m really glad that readers have enjoyed it.  These books actually have a darker side, readers have told me Angst was darker the second read, and, unfortunately, things get more serious in the second book. I can’t imagine, however, writing something dark without humour. You often can’t have one without the other.

There is a tendency today to make everything ‘dark’, and I feel a lot of the entertainment I get out of reading or movies gets lost in that darkness. I look for escape, fun, and easy entertainment without the loss of a compelling story or solid characters. These things sell me a lot more than dark and gritty, so that’s what I try to write.

SPS: How pleased are you with the reactions so far to your first two novels and have any shaped the way you have approached the 3rd book Drowning in Angst?

DJP: The reaction to Angst was so surprising it hung over me the entire time I worked on the sequel. People who like Angst seem to like it a lot, and they are open about letting me know. I’ve gotta say I couldn’t be more grateful for the support and encouragement. I was worried about meeting those expectations writing Buried in Angst. I look at it like a movie, the sequel has to be bigger, better, more, etc. Some readers have expressed a little disappointed that there isn’t as much humour in the second book, but quite a few tell me they like it better than the first. Whew! I’m now going into Drowning with Angst with a bit more confidence, and it’s coming along very well.

SPS: Once you finish up on the 3rd Angst novel what can we expect next from David J. Pedersen? Are you settled in the fantasy genre or do you have plans to write across genres?

DJP: Angst will be a 5 book series, so the fourth novel will be Burning with Angst. After that I have a fun idea I might tackle. Then, if people aren’t sick of the characters, I may, someday, revisit Angst again. (I already know what I’d do.) I really do like the idea of writing in other genres. I’ve always admired the breadth of Michael Crichton’s writing; it would be a lot of fun to tackle projects outside of fantasy but it depends a lot on time, and inspiration.

DJP: Almost. I have nothing against traditional publishing. My wife has four craft books published by companies, the latest a Star Trek Craft Book from Simon and Schuster.  After I finished Angst, I did a lot of research and even began the arduous task of putting together a book proposal. (That alone was enough to make me consider other avenues.)

I had concerns. I originally wrote Angst as a standalone novel, but knew what I would do if I decided to expand it into a series. I hated the idea of a publisher saying no to any sequels, or even making changes to the first book. There are things that happen in Angst that may not seem important at the time but I’ll refer to later in the series. I didn’t want that stuff taken out because an editor didn’t see the bigger picture. It was really about control.

I found Amazon’s Createspace and formatted Angst just to print up copies for friends who had helped critique my writing along the way. It didn’t take long to figure out that I could do it all myself, so I did. I haven’t regretted that decision once.

SPS:  Changing the subject only slightly, you’ve just recently returned from OSFest 6 in Omaha. How was the experience and how much do you enjoy the panels?

DJP: I love cons; I believe I’m a little addicted. I’m gearing up for my 6th convention, and possibly final one, of the year. I really have enjoyed all of the cons I’ve attended, and OSFest was great. Participating in panels is key to a good con. I tend to love all things sci-fi and fantasy, so I can usually field most questions. It’s another great way to meet and interact with my audience, and often they find me after the panels to bring the discussion further. I really enjoy that. 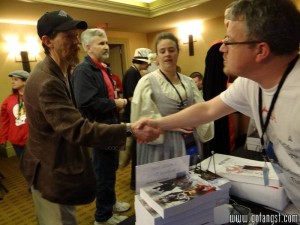 SPS: How pleasing is it to get the chance to meet fans face-to-face?

DJP: That’s absolutely the most rewarding part. I’ve made new friends, received great feedback and ideas, and have had a LOT of fun.  From panels to room parties, I go to cons to spend time with friends and hang with people who have similar interests. Selling books is just a bonus.

DJP: It takes a lot of people to produce my books; I definitely don’t do it alone. My wife Angie does the initial editing; my entire family is very supportive. Danielle Fine edits the final version, she is great to work with and has made me a better writer – I highly recommend her.  My alpha team: Matt, Mike and Becky as well as my beta team: BJ, Dusty and my mom! I have to give a special shoutout to my friend Cristi and her boyfriend Brandon. Cristi is not only on the alpha team, but she is also my spokesmodel. Both she and Brandon are invaluable at conventions! Finally, everyone who has taken the time to read Angst. Like I have said, the support has been great; it keeps me writing!

SPS: Thank you for joining us today David, it’s been enjoyable.

DJP: Thanks for having me, and more important, thanks for all of your work to support independently published writers!