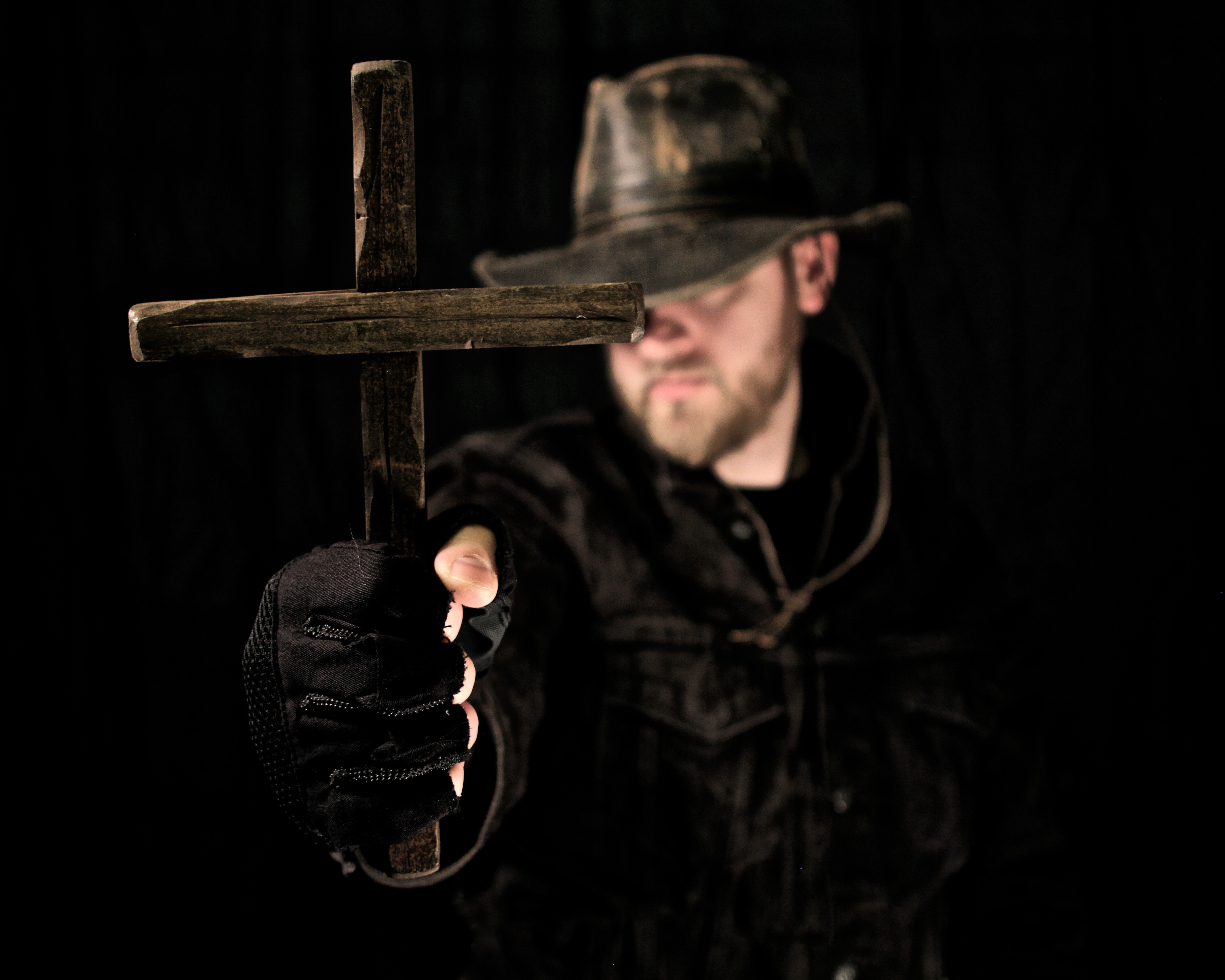 Self-Publisher’s Showcase: Today we are joined by J.P. Leck, author of The Merely Mortal. Welcome to the Showcase Lounge, J.P.

JPL: Well, despite the long years I’ve spent writing, I am a relative newcomer to the public arena. My first novel went to print only last year and my second came out just this summer. I specialize in tales of the phantasmal and the fantastic, at least, this is how I most often describe my work to those unfamiliar.

JPL: I typically have music playing, it doesn’t matter what since I tune it out. Then why would I have it on at all? Because it washes out chaotic ambience and creates one consistent sound to ignore which is easier to do while the mind is at work. As for the frequency of writing, I make sure to accomplish something—no matter how small—every single day. You’d be surprised how much actually gets done that way. Those little things add up. And when not writing, I’m editing and polishing what I have already gotten down or laboring over one of my many other projects.

JPL: Easily. When my skill-set caught up to my taste. I developed my standard for literary excellence at least a decade ago and spent all that time training myself to reach it.

JPL: I must have elements of the fantastic in any story. I suffer from chronic boredom and it takes quite a bit to distract from it.

SPS: Your writing style is often referred to as classical. Why do you think that is?

JPL: I adore the stories of yesteryear and how they were told. It is my opinion that if something is written beautifully, it will always be appreciated and therefore gain a sort of permanence. 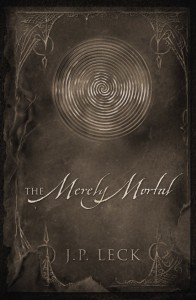 SPS: Can you take a moment to tell us all about The Merely Mortal?

SPS: Your blurb gives very little away about the general outline and feel of the book, why did you choose to take this approach?

JPL: I think using that particular excerpt from the book not only shows a potential reader what manner of story awaits them, but also provides a sample of the style. But to actually answer your question, mystery. Nothing is more alluring than the unknown.

SPS: The story involves the ‘merely mortal’ Agent Bertram putting together a team of human novelties. What are the reasons behind this?

JPL: ‘The Novelties’, as Bertram rather flippantly nicknames them, are about as diverse an ensemble as there can be. But there is one very important thing they all have in common. Not only have they each experienced something supernatural, they have defeated it. This makes them the only group of persons able to accomplish a secret mission involving the otherworldly. Hence their being recruited by our narrator, the agent of a shadowy organization.

SPS: The Merely Mortal introduces us to quite a cast of these novelties. How easy did you find it to interweave their separate stories?

JPL: I developed the heck out of them, even to the point where they could each be the star of their own novel. That’s how strong I wanted this cast. And, yes, it was quite a chore to maintain the unique voice and perspective of them all, especially once assembled.

SPS: Do you have a favourite character you can tell us about?

JPL: Let me be cliche here for a moment and say that they’re like my children, I love them all equally. Now with that out of the way, I have a special fondness for the character that will live forever in the universe of my stories, The Deathless Charlie Winston.

SPS: What sort of reader do you feel the book would best appeal to?

JPL: Anyone looking for a return to quality, both in story and style. Anyone who is easily bored and pining for something original. Anyone who wants to be, of course, entertained but also challenged. 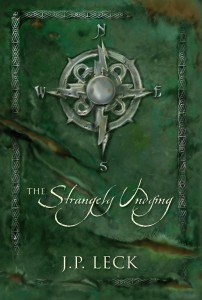 SPS: Can you take a moment to tell us all about your latest release The Strangely Undying?

JPL: This one is more of a fantasy, although it is heavily science fictional as well. I’ve even described it as a steampunk fairytale. A tagline I used for advertisement purposes put it this way: In the Merely Mortal, we ventured to the last blank spot on the map, but in The Strangely Undying, we depart that map altogether. . .

SPS: The book is linked to your debut release. Does it involve the same cast or are we dealing with separate events and people, but in the same universe?

JPL: Every story I tell from here forward will occur in the same universe and all will be connected directly or loosely. The second book is, in fact, a continuation, but has only one returning character. And there’s about twenty years between the two stories. A lot has happened and a lot has changed. This will be an ongoing theme with my work. I like to put a tremendous amount of space between the stories, so much so that there could be books between the books. This I, in part, do to create a sense of realism. My novels are first person narratives, memoirs written by those who survived some long and harrowing adventure. It seems to make it a little more believable if there is not always someone who records the major events going on in this universe. My readers know that I go so far as to kill off characters between the books. It can actually be quite jarring to begin one of my stories because the audience has no idea when or where they are until they get deeper in. I have placed an ever-updating timeline on the homepage of my website which helps organize the projects chronologically. This also shows where some of my other, media projects—such as short films and radio plays—fit into the continuity of what is one, massive story.

SPS: Who is the main protagonist this time around and what can we expect from them?

JPL: Our narrator in Undying is a broken and tormented man. He finds himself a reluctant hero on an epic quest. His arc is actually quite a large one. I think he has the most character development of anyone in my stories so far.

SPS: Who else could a reader expect to meet inside The Strangely Undying?

JPL: Aside from several vivid and interesting human characters, there are a great many unhuman characters as well. And I will leave it at that for the sake of spoilers.

SPS: Do you plan future works connected to your first two novels or have you concluded your writing in this area??

JPL: I will continue on for the foreseeable future. The third book is in the works, then after that will be a 4th, then a 5th and. . . well, you know how to count.

JPL: There’s no gray area with my work, which I honestly prefer. For the most part, it has been very positive. I especially love when a reader ‘get’s it’, not only the story itself, but the style and what I am trying to do. That’s the best.

SPS: What’s next on the self-publishing horizon for J.P. Leck?

JPL: As mentioned, I’ve begun to labor over the 3rd book. For anyone who enjoyed Mortal and Undying, the next one will not disappoint as it will be, in my opinion, the progeny of these two.

JPL: Absolutely. I don’t recall having ever written a single query letter nor have I submitted my work to any publishers, at least not any of my novels. I’m happy to do it all myself and do it my way. And with my work being somewhat anti-commercial, I probably wouldn’t have gotten very far anyway if I had taken a more traditional route. Now, this means that it all hinges upon me, which is more than just a little daunting. The total success or utter failure of this enterprise rests upon my head alone. I often use that popular saying about defeat not being in the falling down, but in the staying down. And I don’t like it on the floor.

JPL: It has. I am very fortunate to be living in a time when not only is self-publishing so readily available, but you can reach the entire world through the internet. Of course, that means the competition is that much more intense as there are scores of writers hunting for readers. If anything is to set me apart, however, it will be the quality of my work. Quality is king as far as I am concerned.

JPL: Write because you love it and for no other reason. Accomplishing the work alone should be your goal and give you the ultimate satisfaction. If you can string sentences together and figure you’ll make some money doing so, I ask you to pursue a different career. We need more artists in literature and less hacks.

JPL: I would get nothing done without my beloved bride Lindsay. She is the infrastructure of my entire operation. She is my muse, my copy editor, voice actress in my radio plays, helper on my film sets and. . . well, the list could go on for quite a ways, so I will cut it off there.

SPS: Thank you for joining us today J.P. and all the best for the future.

JPL: I appreciate you having me.

SPS: For more information on J.P. Leck and his work, please do visit his Showcase Author page here.