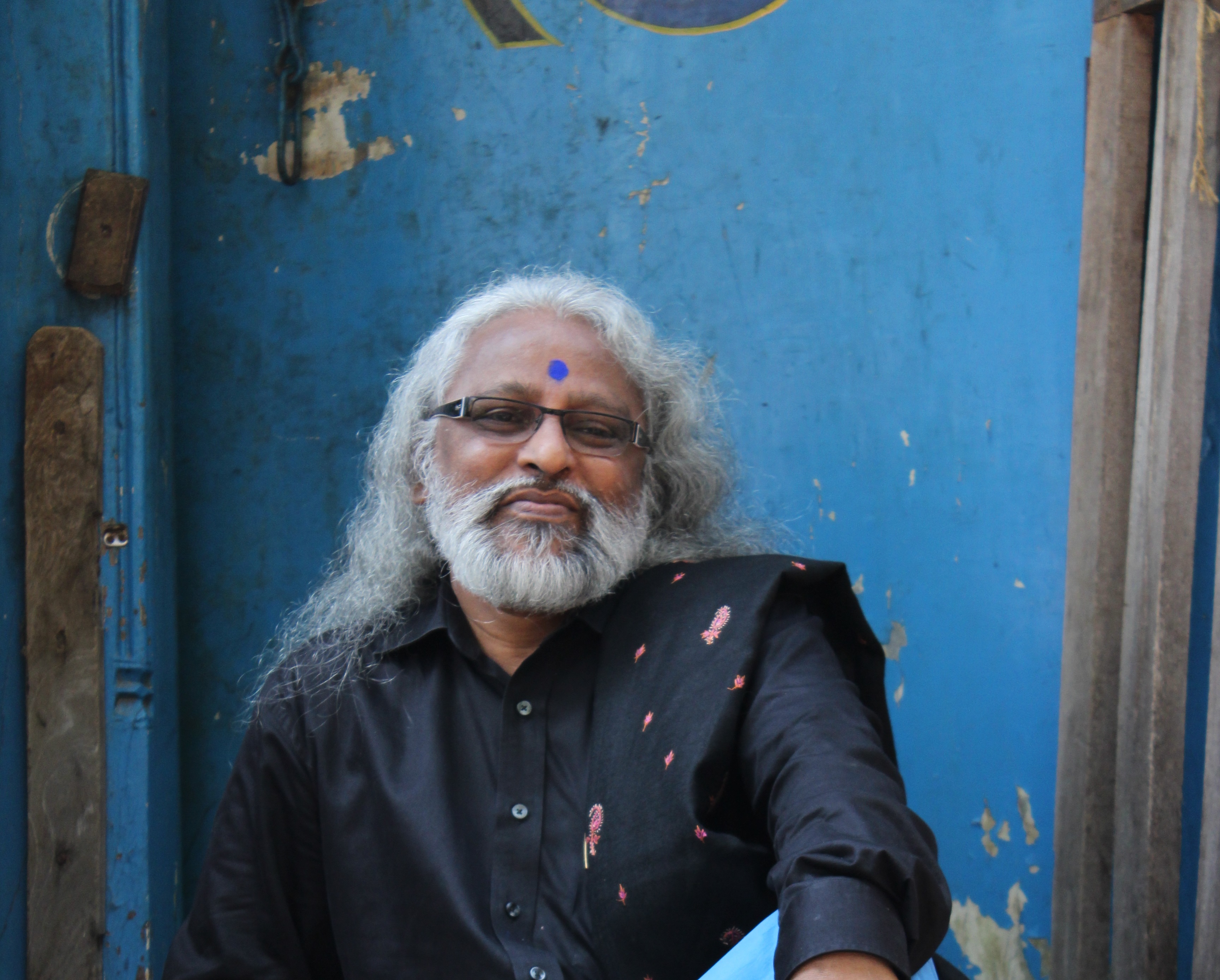 Self-Publisher’s Showcase: Today we are joined by M.C. Raj, author of Planet B2: Human War Against Nature. Welcome to the Showcase Lounge, M.C.  For any of our readers that haven’t come across your work previously, can you take a moment to tell us all a little about yourself?

M.C. Raj: I have so far written 21 books and am almost completing my 22nd book. I write on philosophy, psychology, spirituality, politics and six novels. The present  Ione that I am writing is also a Science fiction. I am otherwise a social reformer fighting against practices of untouchability in India and also campaigning for Proportional Electoral System in the country. I also travel a lot both within India and outside India. I was born of totally illiterate parents and have risen to the level of being a philosopher, campaigner and a writer. This was possible mainly because I work hard and have self-made myself. Without undermining the support I have received from others I should say that I did not have opportunities to go through formal courses on many of the things in which I am now almost a professional. I have been a voracious and sometimes a ferocious reader from boyhood. I worship in Earth as Mother, Sky as Father, Sun as brother, trees as sisters, Moon as Grandma and all stars as ancestors. I love being in the midst of trees, water and animals.

MCR: I need to be alone to write. Often I create such opportunity. During day I am often visited and surrounded by people. Therefore, night is the best time for me to write. I write almost every day. But some days are kept aside exclusively for writing, especially when my book nears its ending part.

MCR: Yes. In 1989 I had gone through a four months training in Thailand. The method they used was very attractive. When I came back to India I started training many ‘big’ professionals mainly of Church Organizations in India in long term and participatory training. That is when I thought that I should write a book on the specific methodology I was using in my training. I wrote my first printed book on Participatory Training Methodology.

MCR: I randomly pick up the Genre of writing. By nature I am personality with multiple talents and broad spectrum of engagement. This reflects also in my choice of genre. What strikes me as important I take it up and work hard to wards achieving it. 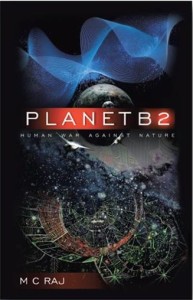 SPS: Can you take a moment to tell us all about Planet B2?

MCR: PlanetB2 is a very unique novel in the sense that it has not been attempted before in the way I have done. I have combined science, philosophy, spirituality and global politics in one novel. All these are said in a narrative style that is attractive. Some of the reviews have said that there was nothing like this novel before, that is absorbing till one finishes reading it, that it is a Hollywood movie stuff etc. I believe that people with multiple tastes will have something that attracts them in this novel. As an author I shall leave it to the readers to arrive at their own impressions about the novel.

SPS: Where did you draw inspiration from when creating Rustler, the U.S. President?

MCR: I just wanted to give a name to the American President who has a deep desire to own the newly discovered PlanetB2. Since this is an impossibility for such persons with dominant worldview what they do can only rustle things in the Cosmos, which is unshakable by human folly. Therefore, I invented that name.

SPS: Rustler will destroy the planet if his plan fails. What plan is he trying to achieve?

MCR: He wants the United States to occupy this planet before anyone else can do. He wants to have patent for this planet and increase the wealth of America. But the character building of Rustler clearly indicates that he is the type who would destroy everything around him if he fails. Being the President of America he has the power to do that. Finally that is where the world ended up. Any American President can actually do that even today. All that will be needed is a moment of madness in a personality where this madness in embedded

SPS: Events lead to all-out warfare across Earth as the Earth Alliance and Cosmic Alliance battle it out. Is there any hope for humanity?

MCR: This is the central message of the novel. There is hope for humanity in a new type of spirituality. It is Cosmic spirituality where human beings live in their interiority and not by the Holy Books of religion. In that interiority they begin to communicated with all beings in the cosmos through the cells in their body. When this communication reaches its climax it is called full body orgasm. The hope lies in such cosmic beings who have no nationality, no ethnicity, no gender, no race, no caste etc. It will be a world where all beings will be deprived of the capacity to dominate.

SPS: Can you tell us about any other characters of interest in Planet B2?

MCR: The two astronauts from the Native American community are the key players in the novel along with Rustler. Most of my novels are women centric. I do not plan that when I start writing the novel. I flow with the novel and end up by making women as the main characters in the novel. But I like the role Plumbel has played in the schema of the novel.

SPS: How much of the novel is based on true incidents?

MCR: PlanetB2 is a fiction to the core. There are some truths however. The way America wants to have ownership over space, the way America killed millions of Native Americans, the way countries are producing weapons of mass destruction, the way they are polluting the earth are mindlessly creating global warming etc. are all real. But does PlanetB2 exist as a planet? That is a fiction. Is there or was there a Rustler or Plumbel? That is a fiction. Can two Native American women lead the world to a new future? Yes that is the hope. It can be any indigenous women in the world as their spirituality has the scope and capacity to create a new world. Can the world be destroyed in the next world war? That may not be exactly a fiction. It definitely is a fictional possibility.

SPS: Have you written Planet B2 as a standalone novel, or can we expect further instalments from these worlds?

MCR: I want every novel of mine as a stand alone novel in the sense that no other author should have written about it in the way I write. You will be surprised at the choice of subject for my forthcoming novel. Therefore, there will not be another such novel as PlanetB2 from me. However, I must confess that my next novel is also a science fiction novel. Thus the genre of the novel remains the same. 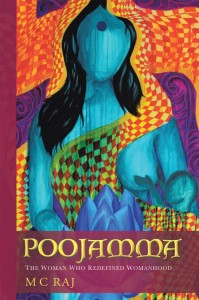 SPS: Prior to your current release you released Poojamma: The Woman Who Redefined Womanhood. What can you tell us about it?

MCR: Poojamma is totally different in its writing style. As I said earlier I am a social reformer along with my wife Jyothi. We have encountered many problems in our work including life threat. The social dynamics that makes India to be such a bad country for women has been brought out in a fictional style. It is the story of a Dalit woman who becomes a leader of her people and struggles for their emancipation. The many persecutions that she faces and finally being killed by her enemies can be questioned as being fictional, as one can easily witness this happening in India. This novel also breaks into pieces the many myths of mysticism, spirituality, non-violence that have been artificially created about India by its ruling caste. This novel as a final product from an author is scintillating, especially for those who are struggling with gender equality. Poojamma is also creating in its style as it brings a big connection between cultures of different countries. Unusually I have presented America in a very positive way. The convergence of multiple cultures is also a central theme of the novel.

SPS: What sort of reader do you feel it appeals to?

SPS: As with Planet B2, there is a heavy political theme. Is this something you have a big interest in?

MCR: I have an interest in the way powerful sections of society are holding the entire world to ransom today. This is increasing day by day. It has come to a situation wherein only some handful of families in the world are owning the resources of the world and rest have to live on their mercies. This is something that I cannot digest. I have grown with a spirituality that believes in dignity and equality. Therefore, I am not particularly interested in politics but in highlighting the power-play in countries.

SPS: Do you feel that there is currently the need for a figure such as Poojamma in areas of India?

MCR: There is a dire need for many Poojammas. In fact there are a few already like my wife Jyothi and some of her friends. But their number is grossly inadequate. They too have many things to learn in terms of strategizing that Poojamma does.

MCR: My novels have been appreciated well. Poojamma has received a very good response from readers. There were some negative responses on PlanetB2. Some American reviewers refused to take up the book for review while some other American reviewers indulged on banalities without even distinguishing facts and fictions. But PlanetB2 also has received some rocking reviews. I am happy about both, though I did feel disturbed when such total rejection by reviewers came. Any written word has to go through the grinding mill of critical reviews. But to refuse to review is a different cup of tea.

SPS: What’s next on the publishing horizon for M.C. Raj?

MCR: It’s another science fiction. As you know the world does not know yet about Optogenetics. I have picked this up as the core of my novel. I have already made a contract with AuthorHouse for publishing it. I have a few more pages to go and then it will go to the publishers.

SPS: Has the experience as an author been all that you thought it would be?

MCR: I never thought that I would be such a writer when I started. I also believed that fiction writing is not for me. Being a philosophy graduate I lived with the illusion that I could never write a fiction. But now I am floating on cloud nine.

MCR: Work hard believing in yourself

SPS: Thank you for joining us today M.C. and all the best for the future.

MCR: Thank you for taking the time to work on this interview and thank you also for your consistent interest to promote my novels. I deeply appreciate your contribution towards me and my novels.

SPS: For more information on M.C. Raj and his work, please do visit his Showcase Author page here.

Comments and thoughts welcomed below. Thank you for reading.