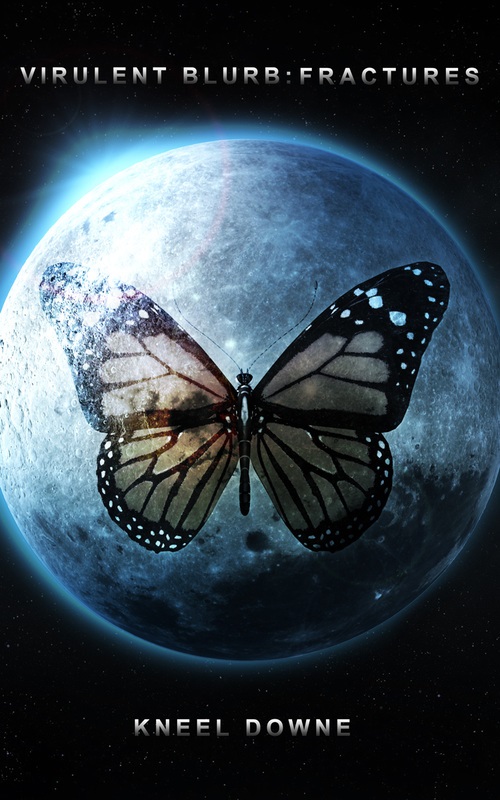 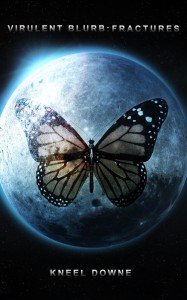 Virulentblurb:Fractures takes you into a strange and twisted world of Animal Spliced humans, renegade Droids and an oddly poetic Universe of wonders and fear.

VirulentBlurb is a twitter fiction experiment that soon grew to spawn it’s own website and then attract the attentions of several Media companies.

Gathered here are the original tweets, back stories and (for the first time) the first three ‘demo’ scripts.

Taken as a whole they tell the ongoing story of this world.

Various extras have been scattered around the book.

“Joshua Knight is often cited as the father of the Revolution.

What is certain is that his company PolyPhazeProductions was instrumental in the birthing of a new age.

The introduction of the wonder drug ReGen tackled the ghost of falling fertility.

Splicing technology allowed us to wear bodies not our own: A Genetic cloak of dreams.

Furthermore, the creation of increasingly wondrous devices allowed us to go where only our shamanic ancestors had gone before.

Here in the wires.

Here in the VEIL.

50 years ago the world was broken.

All that remained of the world was this one city and a few hundred miles of wasteland.

The Sun and the Stars were gone.

Only the Moon, the endless night and the constantly falling dust remained.

WELCOME then to the world of the VirulentBlurb.