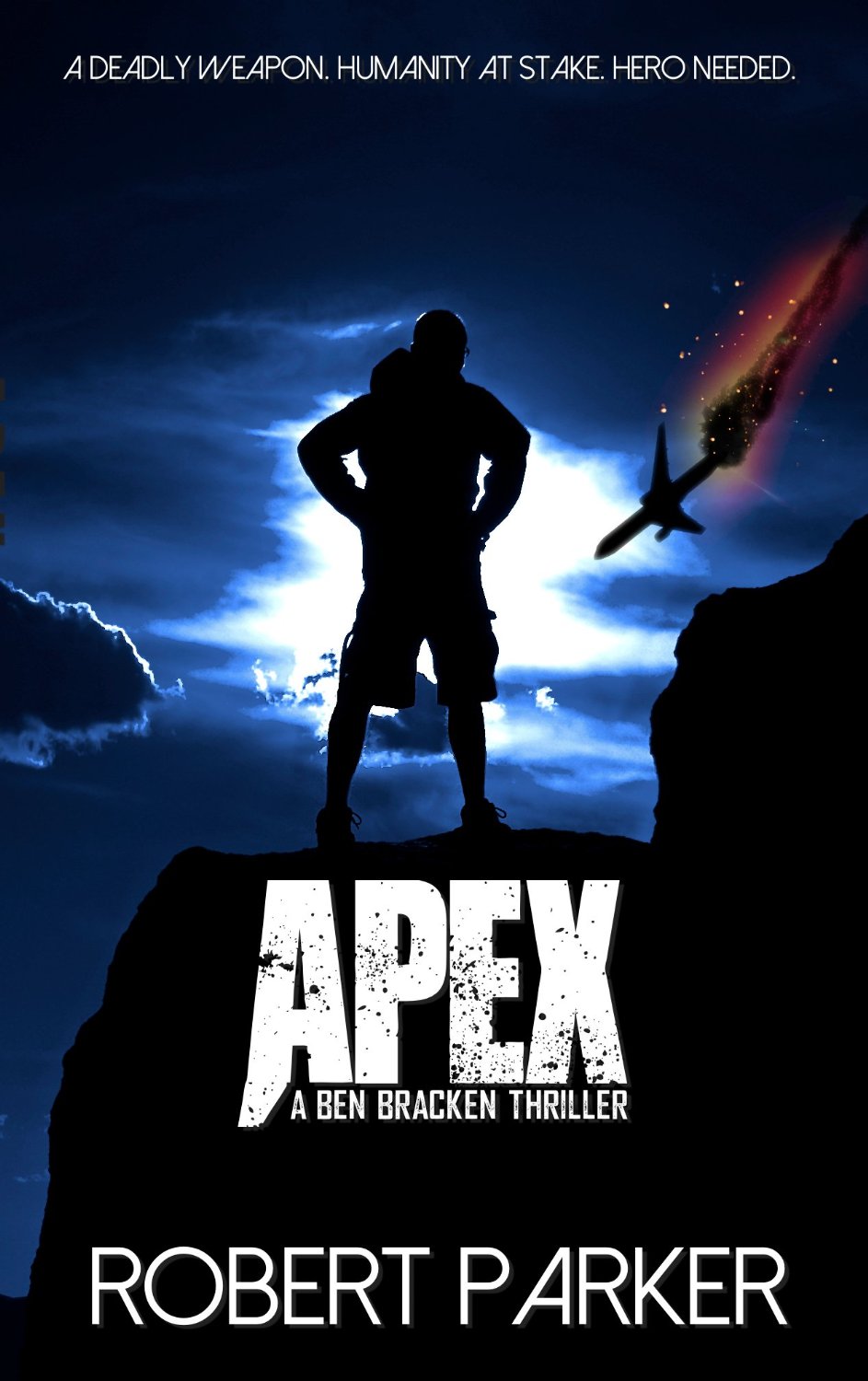 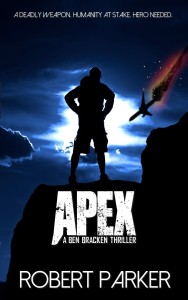 Apex is an old school spy/adventure novel by self published author Robert Parker and, once you start reading, you just do not stop. I say old school as Ben Bracken is a soldier’s soldier, he has a smartphone but uses it just for phone calls, preferring his taught survival instincts and hand to hand combat. After being framed for murder and escaping prison, Ben, using many false identities, travels the world bringing the criminal elite to justice and sending his captures to Jeremiah at the UK version of the C.I.A, the NCA. Jeremiah makes contact and asks Ben to return to Great Britain and retrieve an item from a plane that is going to crash just off the Devon coast. Ben ends up in a chase for his life, pursued by the Ministry of Defence across the moors.

After being bitten by an adder and left for dead, Ben is rescued by Amina, an Eastern European Micro-Biologist, working for the National Park. Amina saves Ben’s life and they discover that what Ben found on the crashed plane was actually a deadly strain of Botulism that is to be auctioned to the highest bidder. They travel to London and, with the help of Jeremiah and the Prime Minister’s right hand man, they decide to take on the criminals and host the auction to see who the buyers are. The Russian Prime Minister, the governments own Defence Secretary, who Ben has already had a gunfight with in one of London’s posh hotels, and some of the worst criminals and terrorists including the London gangster that framed him murder all attend. What will Ben do?

Apex is a stunning adventure thrill-ride from front to back cover. The action and tension is relentless and Parker has created a vigilante that you really want to support even though his methods are somewhat shady. This is a proper novel in that the main protagonist has to use believable means to attain his objective. Mud and moss for camouflage, hunting rabbit on the moor for sustenance, hand to hand combat and a quick mind all play a huge part in a story that would normally be heavy on technology’s use at the hand of lesser authors. Apex is the second Ben Bracken novel, and I found this out after reading Apex so you don’t need to have read the first novel first, although I will be now. The ending is a massive shock, a twist I didn’t see coming and ends abruptly leaving me wanting the next book now. Hurry up Mr Parker I am waiting.