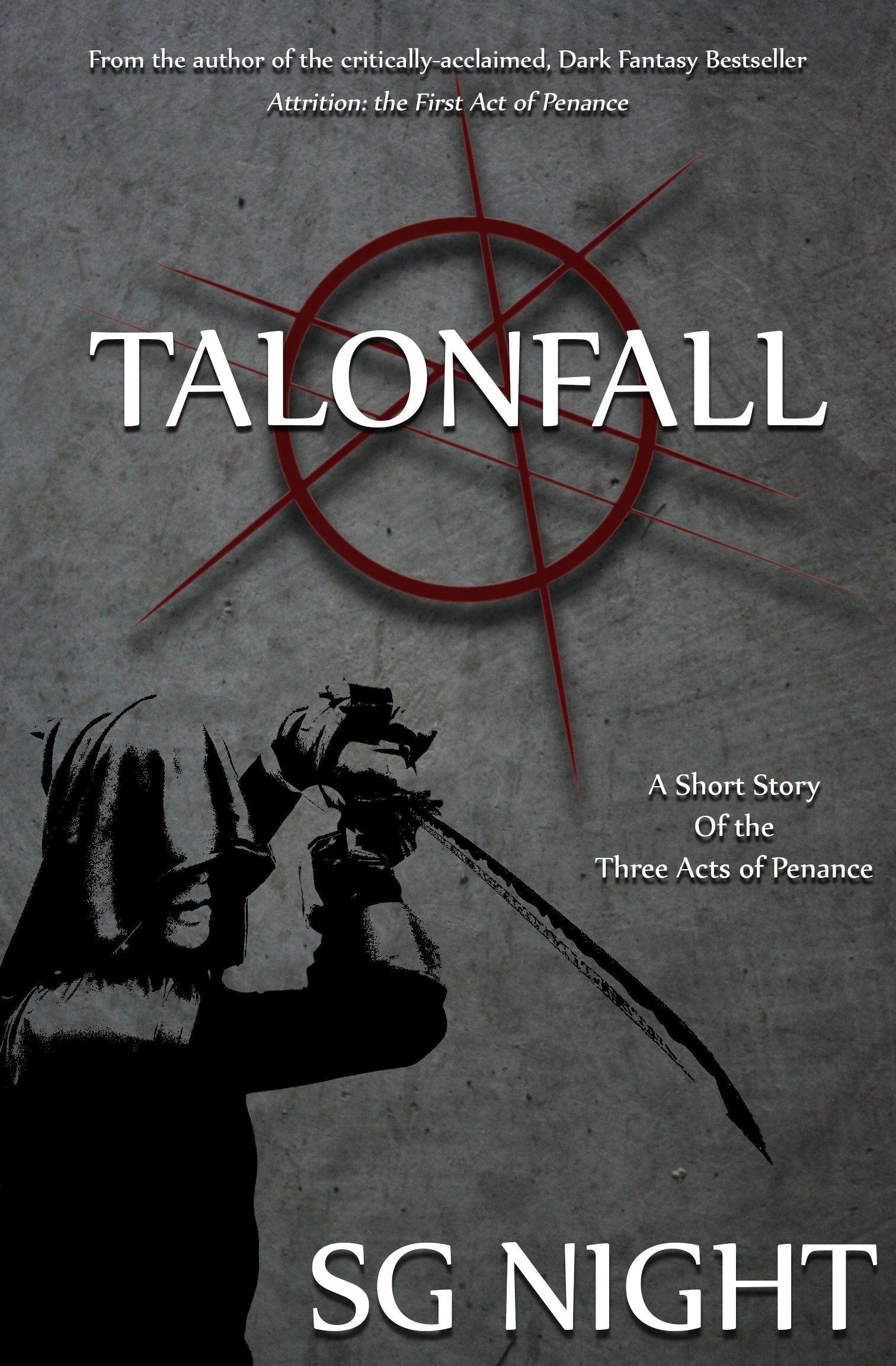 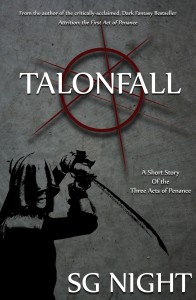 I have already eulogised about Attrition, the first book in the Penance trilogy by S.G.Night. And now, here we have Talonfall a short story which precedes that book and gives us the background to Jared, once a member of the Genshwin and, as we find out in Attrition, has turned coat, becoming one of the Demons who control the land of Io.

Yet again, Night has delivered the goods, with a story that ties in neatly with the first novel, giving substance and greater depth to one more of the characters that inhabits this world dominated by Demons, and populated by Humans, Elves and Majiski. Talonfall describes Jared’s, the eponymous Talon, despondency and disgust at the inability of the Genshwin to rid the world of the Demons, and specifically the futile and self-preserving actions of Mrak. As the story moves on, we discover why and how Jared is turned into a Demon, with a brief insight into with his relationship to Racath.

As ever, Night manages to suck you into the story from the first page, and despite the limited time in which he has to tell you the tale, Jared’s character is fully fleshed out and his downfall described in the rich, evocative style we have already come to see in Attrition. Putting us as close to Jared as possible without being the character himself, Night delivers the former Talon’s innermost thoughts and lays bare the persona that decides that the risk of becoming a Demon is worth taking. There are some points where you might feel that Jared’s descent into the darkness is rushed and perhaps unlikely, but that can be forgiven given the length of the story.