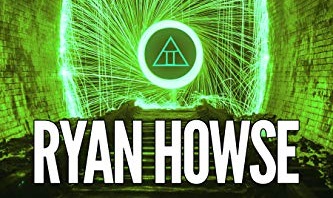 Self-Publisher’s Showcase: Today we are joined by Ryan Howse, author of The Steel Discord, a steampunk train heist, and The Alchemy Dirge, a fantasy noir. Welcome to the Showcase Lounge, Ryan.

Ryan Howse: Thanks for having me!

RH: The books I currently have out are the first two in A Concerto For the End of Days, a dark not-quite-steampunk series. The first three books will all have different protagonists in different parts of this second-world setting, and fit in slightly different genres.

My setting is a high-magic Industrial Revolution that is also nearing the equivalent of the French Revolution. Spirits—of the elements, but also of other things, like dreams or geometry—can be bound to create magic. There’s a whole system of alchemy as well that comes into play in the second book. There are numerous inhuman races that don’t come from existing tropes, and lots of other small things that help make the setting feel alive.

The Steel Discord is a magitech train heist. After Zarachius Skie’s mentor is arrested for conspiracy to commit regicide, Zarachius decides to break onto the train and free him, unaware of the numerous conspiracies and secrets he’s about to step into.

The Alchemy Dirge is a fantasy noir. Salai Pavane is an inventor who wishes to create a printing press. Desperate to fund it, he sells dangerous alchemy to Ilher Saligari, a black market arcana merchant. When it goes awry they both find themselves on the run from the Ministry, who wants them imprisoned, anarchists who want the formula, and assassins who want them dead.

The Alchemy Dirge also has a free prequel short story, titled Aeon Wind. Ilher Saligari fenced an alchemical device that stores memories, and now the Ministry is coming around because it had information that might relate to a murder investigation. I have a couple more planned as well, because Ilher Saligari is just so much fun to write.

The third book, when it’s done, will be called The Vivus Nocturne, and it’ll be about a small frontier town where they mine vivus—which is something required to use magic.

The reason for this split is largely because I wanted a world that had a sense of scale, while maintaining much more human stories. My protagonists are trying to save their homes, their friends, and their families. It’s much more realistic, and grounds the outlandish elements of the setting. 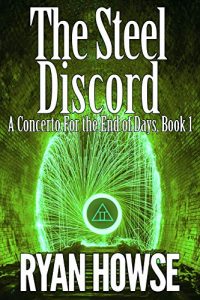 RH: I write almost every day, though it helps that I’m currently on parental leave. As a father of two young children, ‘perfect’ writing conditions rarely exist anymore.

RH: Oh, it’s always been the dream, as far back as I can remember. As a fifteen-year old I got a letter from a small press explaining what I had to do after I’d made every possible mistake in submitting. But as an adult, I’ve been working towards it since 2012.

RH: I try to switch styles up a bit between books and even between POVs in the book. I’d rather get in a character’s head and write the way they would be seeing the situation. A priest will notice things and think in a different manner than a street thief, for instance.

My next book, Red in Tooth and Claw, takes this to extremes as the two characters cannot agree on what is real—one believes in magic and monsters, the other doesn’t, and the fact that it is a secondary world means that either option is possible. For that book, the ambiguity is the point.

SPS: What do you try to do with your work?

RH: I’m always interested in doing something new. While everything I’ve done has been in some form of fantasy, I’m always trying to take things from other genres. Heists and noir are the obvious ones for the books I have out, with The Vivus Nocturne taking inspiration from weird westerns. My other planned books and series are not even slightly steampunk, because if I wanted that I’d just write more in this series. (And my steampunk has enough strangeness to it that I don’t feel it’s like most steampunk I’ve read.)

RH: Everywhere. Other media, tabletop roleplaying games, random news stories, ways people interact. But a few things I always keep in mind—in general, I want the protagonist to be causing and driving the plot, I want a coherent theme, and I want an actual sense of the fantastic. If I can hit that sweet spot where reality meets fantasy, I have done my job. 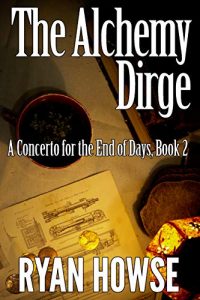 RH: I was a semi-finalist in the SPFBO (twice!) so those ones are always great.

Here’s one from Laura Hughes at The Fantasy Hive as part of : the worldbuilding was what sold me on this book…From the use of caitiffs (spirits) for mundane purposes like powering trains, to the various fantastical races, to the threat of brewing revolution, to the sinister hints of everyday cruelty (such as the bioanalogues – paired birds that can be used for long-distance communication by carving coded messages into their flesh), the world of The Steel Discord really does make the story feel like ‘A Concerto for the End of Days.’

Mike Evans, also at The Fantasy Hive, said: This is a story with VOICE. It’s equal parts plot, prose and, dare I say it, performance…it packs promise by the bucketload. There’s so much character to the story that I for one couldn’t help but read it with a voice.
Justine Bergman also has a long, great review of it.

RH: Next up is Red in Tooth and Claw, as mentioned above. After two books of high magic fantasy, with strange concepts, I wanted to go as low as possible, to where the very existence of magic and monsters is ambiguous. It’s more akin to The Revenant, or The Edge, or other classic wilderness survival stories. Two men from opposite sides of a war are forced to rely on each other to survive.

RH: Some parts of self-publishing I love, and some I detest, but I suspect that there’d be elements in traditional publishing that would be the same.

RH: I’ve been paying close attention to SFF my whole life, but things always change. There are plenty of great, supportive communities out there that will really help you out, whether through beta-reading or promoting your stuff or just letting you vent when you need to.

RH: It’ll seem obvious, but—everyone wants to tell you how to do things. Find out what works for you.

I used to listen to the ‘write every day’ crowd and then I got a twelve-hour a day job and couldn’t for a few years. But that’s what you’re supposed to do, right? Everyone says it!

RH: I really liked Raymond St. Elmo’s Letters from a Shipwreck in the Sea of Suns and Moons. The whole book—minus a few of the eponymous letters—was written as an interview between the protagonist as an old man and an ‘interviewing committee’ whose reasons for the interview become more complicated over time.

SPS: Thank you for joining us today, Ryan, and all the best for the future.

SPS: For more information on Ryan and his work, please do visit: