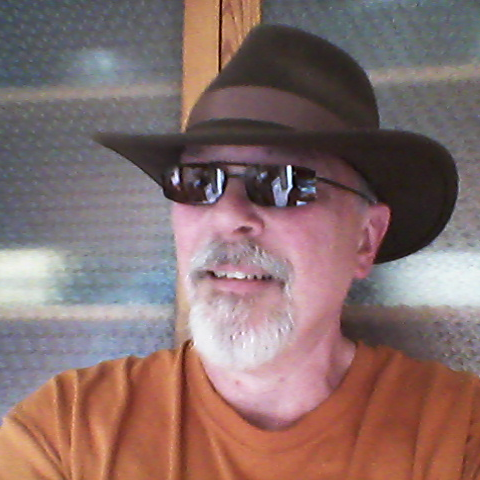 Robert John Anderson was a plain man. He was 5’9″ tall, 165 pounds with medium brown hair trimmed just at the ears and collar. He was neither handsome nor homely; he had the kind of face that would perfectly blend into a crowd. He wore suits to work every day that were either medium grey, dark grey, or brown. Bob did not attract attention. He worked as a systems analyst at a major bank in New York City. He rode the subway to work every day and barring any unforeseen problems underground, he was always on time. Bob kept his cubicle neat and clean but not too neat and clean. He didn’t want to win one of those office awards for the “Best Kept Cubicle” and have to give a speech. Bob lived alone with his cat and rarely did anything out of the ordinary.

Bob was eating his lunch in his cubicle one day when a thought crept into his mind. It was a small thought really, hardly took up any room at all but a thought none the less. And the thought was this: ‘No one ever notices me.’ He stopped in mid chew. ‘No one ever notices me,’ he thought again. Bob put down his ham and cheese sandwich and finished chewing. This thought, which had crept slowly into his brain kept niggling at him from deep inside. ‘I could probably walk in here naked and no one would lift an eyebrow.’ Thinking this made him blush, his cheeks turning crimson. He turned away from the door of his cubicle so no one would see and then turned back. ‘Who’s going to see?’ he thought. ‘I could walk down this aisle blushing like mad and no one, not anyone would notice.’

For the rest of the day Bob hardly did any work. He couldn’t concentrate on anything because he was thinking his thought. Thinking about how no one noticed him. He guessed that probably no one ever noticed him but he had never really thought about it. Now that he was thinking about it, he couldn’t stop. At 5:00 Bob packed his briefcase and left for home. As he walked out he watched people. Not a single person turned to say goodbye. No one even looked in his direction. He caught his train; walked the two blocks from the station to his building, let himself in and walked up to his third floor apartment. As he was putting the key in the lock, Mrs. Tooly came out of her apartment across the hall and said, “Hello Mr. Anderson, good day at work?” Of all the people he saw on the way home, people on the train, on the sidewalk and even in his own building, 80 year old Mrs. Tooly was the only one to acknowledge his existence.

“Yes Mrs. Tooly,” he sighed, “it was a good day. Oh here, let me pick that up for you,” Bob said as she was stooping for the evening paper. He picked up the paper and handed it to her. “There you are,” he said.

“Thank you Mr. Anderson, have a good evening,” Mrs. Tooly turned and went back inside. Bob went into his own apartment and locked the door behind him. He made a microwave dinner and ate it watching the news but hardly remembered any of it. His cat Fluffy tried getting his attention but failed and finally gave up to sleep on the couch. Bob tried to sleep that night but tossed and turned for most of it. The next morning he got out of bed as usual, floated through his morning routine and went to work. When arrived he realized it was Friday and it was the end of the quarter office party day. On the Friday at the end of each quarter everyone quit working at 2:00 p.m. and had an office party. The bank paid for drinks and food and it was a nice treat. Bob usually stayed for a drink or two and then went home early. He assumed he would do the same this time and so he went about his work without thinking about the party. He didn’t spend a lot of time thinking his thoughts from the day before either. His mind was kind of fuzzy from not enough sleep.

At 2:00, his office manager Jim Dayton, came around and told everyone to knock off and come have a drink. Bob put away his papers, shut down his computer and walked to the drink table. At the table stood the bank president, Milton Oberly. Mr. Oberly was a large man. 6′ 1″ and at least 350 pounds. As Bob approached, Mr. Oberly turned away to start a conversation with Jim Dayton. Bob got his drink, and found a chair next to Melissa Greives, who was helping herself to the salsa.

“No thanks Melissa. How are you today?” Bob asked.

“Oh Gawd Baub I don’t know. This jaub is drivin’ me nuts,” she said in her Brooklyn accent. I come here, you know, like every day, do my jaub an’ go home ya know? There’s no future in it. I could die unda my desk an’ no one would know, ya know?”

“Oh hey Frank I’ll be right ova, sorry Baub, bye,” Melissa said with a wave as she got up and left the chair.

Frustrated with his feelings, Bob finished his drink and got another. People came and went, some said hi, some said nothing. Bob had a little food and another drink. By the time he finished his third drink He was feeling a little better. He got more talkative and moved around the room visiting with people he knew. Bob wasn’t usually much of a drinker but over the last two days things seemed to be getting him down so he thought he needed a little cheering up. Another drink, some more food and Bob was well on his way to being drunk.
+
An hour later Bob was smashed. All the years of frustration at not being noticed, of being anonymous in at the bank and in a city of millions finally boiled up. He was drunk, his inhibitions were gone. He was a new man. He was also sitting on a chair holding onto the arms to keep himself from falling on the floor. Milton Oberly, the bank president came over and sat beside him. Bob stuck out his hand and said,

“Had a few drinks have you Rod?” Mr. Oberly asked.

“Sure Bob,” Mr. Oberly said, “maybe you should slow down on the drinks a little.”

Milton Overly stared at Bob. “I beg your pardon, I’m not sure I heard you right.”

“Look,” said Bob, totally drunk. “Look,” Bob said again.” You, you, you maybe dint noooootice me, but I seen you. An’ every time I see you,” Bob pointed his finger at Mr. Oberly, practically putting it up his nose, “you, y, y, you have more chins. You’re a fat son of a bitch b, b, boss who don’ even know my name! Mos people, you know, mos people, no, no, some people collect stamps you know but you,” Bob stammered, pointing in Mr. Oberly’s direction again, “You collect chins! Sh, ah…an…ah….yeah, so.”

“Well!” Mr. Oberly said standing up, “I certainly don’t have to take this kind of talk from the likes of you Rod, you’re…”

“IT’S BOB!! BAAAAAAAAAAB!!!” Bob shouted, and threw up all over his boss’s pants and shoes. He looked up at the horrified expression on Mr. Oberly’s face and puked again, this time all over his suit jacket.

“Milton?” Mrs. Oberly said as she came to see what the commotion was about. Bob, turning to see who was speaking, tripped over his own feet and falling forward, planted his face square in the middle of Mrs. Oberly’s ample bosom knocking them both to the floor. Mrs. Oberly screamed as Bob rolled off of her and threw up a third time on the floor.
Bob stood slowly and blearily looked on as Mr. Oberly attempted to get Mrs. Oberly off the floor. “Don’t touch me Milton, You’re covered in puke!” she yelled at him. A couple of other bank employees helped her up and she glared at Bob as she went to the bathroom.

“You are fired Rob, Bob, Rod, what ever the hell your name is! You get out of this bank! Call security, get them up here on the double! I will not have this man in my bank any longer!” He pointed his finger at Bob and through clenched teeth he said, “Don’t you EVER come here again.”

Bob, now wavering around on his feet stuck out his hand and said, “Iss been a pleasure.” At this he fell forward passing out into Mr. Oberly knocking him backward. Mr. Oberly’s arms cartwheeled looking for something to grab and caught the front of Melissa’s dress completely ripping it right off where it pooled around her ankles. Mr Oberly hit the floor with a resounding boom which Bob never heard.

Having no idea how he got there, Bob awoke at home late the next morning. He smelled like death and his mouth tasted like a thousand people walked through garbage and then straight across his tongue. Also, his head felt like someone had inserted a brick in the middle of it. Turning over, he slowly rose to a sitting position. His head was pounding and his vision fuzzy as he slowly remembered the events of the party the day before. Wow, he thought. How did I drink so much in such a short time? Curiously, he had no regrets about what happened. Actually, he thought it all pretty funny.

After a shower he was feeling much better. Walking through his living room Bob noticed the light on his answering machine was blinking. He sat in his chair, pushed the button on the machine and was not surprised to hear the voice of bank president Milton Oberly.

This message is for Robert John Anderson. That’s right Bob, I know who you are now. This message is to inform you that you are fired. You will report to the bank on Monday morning to collect your things from your desk and then you will leave the building, never to return. Is that clear? Monday morning!

“Oh go fire yourself you great blob, I don’t care.” Bob mumbled. He sat for a moment without thinking about anything and finally resolved to do something with his day. He dressed in a nice light jacket and decided to head for the park. He took along some bread crust to feed the pigeons and walked the two blocks to the park. Sitting on a bench thinking about what he might do next, a pleasant looking woman approximately his own age sat down next to him.

“You look like you’re deep in thought,” Janice said.

“Oh, just thinking about the last 24 hours of my life,” Bob said with a chuckle.

For the next hour, laughter could be heard coming from the park bench as they talked and fed the birds.