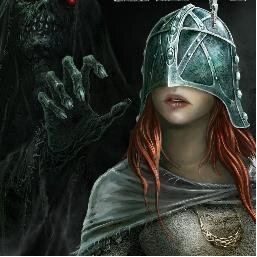 Set about 450 years before the Lady of the Helm, (The first book of Munro’s Bloodline Trilogy), at the time of the Kinslaying wars of the mad King Chirard III

“Betrayal tastes good doesn’t it?” he hissed in her ear.

She looked ahead, eyes fixed on the throne as the King stalked around her.

“I just don’t want to die.” She tried to supress the shaking of her limbs.  There was a sudden stillness in the plush pavillion.  The guards were holding their breath. Behind her the prowling monarch was abruptly motionless.  She’d done something wrong, what was it? Words chased each other out of her mouth.  “I don’t want to die, your Majesty.”

Time moved again and his Magnificence King Chirard the third circled round to face her.  It was a disconcerting prospect.  She could only see his mouth and chin with the pencil thin beard.  His nose and eyes were obscured by the blank steel visor of the Great Helm of the Vanquisher, the symbol and embodiment of royal power.  Although the design should have obscured his sight she knew that he could see her.   Bloodless lips twisted in a mockery of a smile.  “Of course not Lady Yalenst, but you will let others die in your place.”

He settled back in his throne, spreading the red robes over his thin body.  “True, so what value to me is the treachery you offer?”

“I can lead you to him. I can get past his wards.”

He stroked his chin with a long bony finger. “And?”

“I know you like to dispose of the pretenders in person.  Too important a matter to delegate.”

“Oh my dear Lady Yalenst, it is not about delegation, it is all pleasure.  I have sent two dozen of my nearest and dearest relatives into the afterlife. The memory of their screams soothes my sleep.”

She blinked. Chirard never slept, or so the rumour went.  He’d not been seen without the great helm in the whole two decades of his bloody reign.  Did he even take it off to sleep?  No-one knew.

“Your cousin,” the King went on. “Is just the last obscure off shoot of the royal line, one well over due for pruning.”

“He is still your heir, the next entitled to wear the helm.”

“And after I’ve killed him, the dignity of being my successor will fall to you.”

“I hadn’t thought of it, your Majesty.”

He stood up mouth twisting in harmony with an unseen frown.  “Of course you had, fool girl.  Do you think I cannot see through your petty ambition?”

“I have no ambition for power your, Majesty,” Yalenst stammered. “I just don’t want to die, not like all the others.”

He tilted his head, straining to hear his own thoughts. “Maybe you won’t.   My advisers think it is time I took a wife – fathered my own successor.  It would amuse me to unite your half formed house with the true line of the Vanquisher.”

She looked up into the blank steel of the helm, her own face a mask in return. “And would I see my Lord’s face on our wedding day?” She hesitated at his silence. “On our wedding night?”

“Drunken peasants and paid assassins alike have perished in their attempts to harm me, thanks to this Helm’s great dweomer,” he snarled.  “It’d be a warm bed indeed that made me yield its protection for so much as a quarter-hour.”

Yalenst bit her lip. “Your Majesty, we should make haste if we are to catch the Lord Thren unawares.  He will mark my absence soon.”

“We will strike your cousin down, girl, but there is another matter I must attend to first.”

“Your Majesty,” she tried to insist.  “Thren may shift his camp, reset his wards.  We cannot delay.”

The fierce grip of a bony hand drew her face to Helm with him. “You do not give me orders, Yalenst.  I know what I am about. I know everything. I even knew you would come.  Did you not think it odd that the guards welcomed you so readily?”

“I told myself you’d be here.” His mouth cracked in a giggle.  “And now, before I sweep Thren and his rabble into the Sea, there is a conversation of the utmost importance that I must have.”

He thrust her away and stepped through a velvet curtain behind the throne.  The captain of his personal guards moved to block the opening, not that Yalenst had any intention of trying to follow.  For the long hour he was gone she paced the canvas chamber watched by the great ugly brutes of guards.  She hugged herself, marvelling at how tedium and mortal fear could coexist within one body and one time.

Yalenst tried to block her mind to the screams, the groans of the dying and the anger of the living.  The night was awash with fire as Chirard’s elite mowed methodically through the rebels’ camp.  They were so few, they were always so few and death had come to them in the form of the Kinslayer and his household troops.

Despite her fears during the long wait for Chirard, all was as she had left it when she had crept from Thren to his nemesis. The path to the warded camp lay open, unguarded and through it the army of her new fiancé had charged.  She wondered at Chirard’s brutish proposal, whether he meant to keep it, whether he meant to keep her and for how long.  Still, she told herself, one day – survive this day.

“Where are you traitor?”   Flame light flickered across the steel helm as Chirard spun in the midst of the carnage.  “Did you really think this an army fit to overthrow me or have half your number run already?”

A trio of rebels wrestled a royal guard to the ground, stifling his grunt with thin blades, before two of them launched at the king.  Two strides in a jet of green fire from the kinslayer’s hands engulfed them and they fell writhing to the ground.  Chirard laughed at their death throes not noting the silver haired figure, sword raised, running at his unprotected back.

“Bertolt!”  Yalenst called out.  Neither man heard her shout as the old soldier’s sword hurtled down towards the King.  There was flash, so bright it blinded.  As her vision cleared Yalenst saw Chirard lowering over the charred remains, the corpse’s fists curled up in pugilistic defiance.

“Is that the traitor, your Majesty,” a guard growled.

“A traitor, but not the traitor,” Chirard snapped.  “Thren’s royal blood would have let him touch the helm in safety, though still it would not have let him harm me. I have no idea who this fool was.”

“His name was Bertolt!” a voice thick with the accent of the Eastern lands called out.  “He took me overseas as a babe after you killed my parents. He kept me safe.”

Yalenst saw him, her cousin.  Dark haired, slight of build, in every way an unexceptional figure save that he stood against the tyrant. Chirard spun round, a hand extended in effortless predigistation to fling a dozen streaming bolts of fire at the rebellion’s leader.

“You have some talent!” Chirard begrudged as Thren approached doggedly pushing his magical shield ahead of him a short sword held in his other hand.  “Come close, traitor.  I have a blade will cut through anything, while yours cannot even touch me.”   The King hefted a gleaming longsword and beckoned Yalenst, “come, my future wife, let your cousin look with dying eyes on the face that betrayed him.”

Yalenst stumbled to Chirard’s side, glancing just once at her cousin.  Thren’s expression was blank, but his knuckles whitened on the hilt of his stubby weapon as he closed the gap between them.

“It was foretold it would happen this way, Thren, prepare to die, be grateful I am minded to make your end swifter than your father’s.”

It was the moment. Chirard raised his sword high, arms spread in the certainty of his magical armour. And in that trice Yalenst seized the Helm and lifted it cleanly from the King’s head.  Thin strands of greasy hair, eyes blinking in confusion, Chirard was blind for a second to his danger.  And in that second Thren thrust his short sword up under the Kinslayer’ ribcage.

The King spun away, reaching too late for the helm but finding only Yalenst’s robes. He slid to his knees, fingers clawing at her.  All around were shouts and alarms as the other half of Thren’s army burst from the trees to close the trap that had been their most desperate gamble.

Thren looked across at Yalenst with grim satisfaction. “You were late.”

She nodded, “but you waited.”

A feeble tug at the hem of her dress brought her gaze to the twitching form of Chirard his mouth overflowing with blood, his eyes, pits of malice fixed on her.

“Look on the face that betrayed you, Kinslayer,” she said.