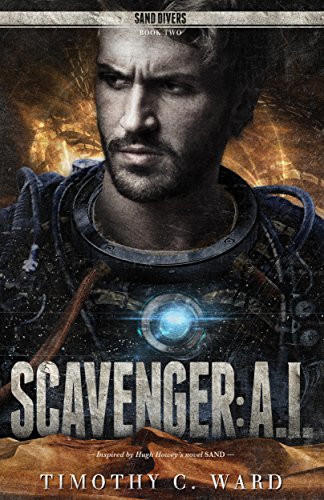 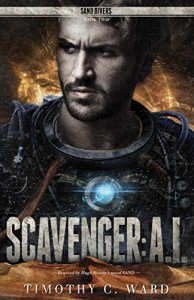 Hundreds of years ago a nanotech virus nearly wiped out humanity. The kernel of that technology has been locked in a buried military and guarded from warlords and tyrants by a class of sentries. Divemaster Rushing Stenson and his wife Star thought their journey underground would lead to the discovery of the ancient city of Danvar. Instead, they resurrected a power perfect for the tyrant that put them there. He plans to use this self replicating technology to rebuild America and give life eternal to those loyal to his empire.

In Scavenger: A.I., Rush, Star and their crew of survivors see an opportunity to use this power to defend their new territory and rewrite the course of their lives and country in a way that would make their children proud. However, as they discover the oddities of this power, it may be too late to reverse the evolution they’ve seen within. And some aren’t interested even if they could. Even if what they’re becoming is too much like the tyrants they’re fighting.

As the nanotech and infusion of the power source they’ve uncovered changes Rush and Star, they are tempted with the chance of bringing their deceased newborn back to life. Will this child be the one they knew, and if not, how far into dangerous territory will they go to force what shouldn’t be?

Inspired by the world of Sand by Hugh Howey and written with his permission. This stand alone series takes the action of Mad Max: Fury Road and injects it into a hostile environment catered to fans of Alien.