Duncan Milne – The Death of Rock ‘n’ Roll, The Impossibility of Time Travel and Other Lies: April 30th – May 5th 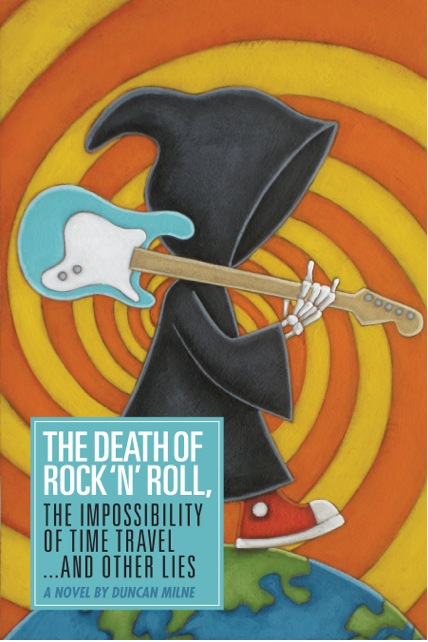 The Death of Rock ‘n’ Roll, The Impossibility of Time Travel and Other Lies (Literary Fiction/Comedy/Science-Fiction) 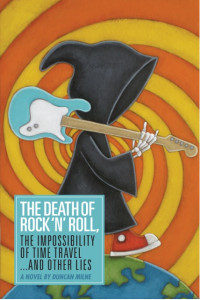 Kenneth Ramsayer—loner, self-proclaimed scientist, unapologetic conspiracy theorist, and rock ‘n’ roll authority. Initially an escape from the asphyxiating judgment of his parents and the incessant torments of bullies, rock ‘n’ roll became Kenn’s entire world. Providing the soundtrack to his life, defining his experiences, and leaving him with an insatiable desire for knowledge, music spoke to him while burning like an addiction; Kenn’s rock ‘n’ roll obsession could never be satisfied—there were simply too many gigs and not enough time—until now.

Kenn has discovered the means to access the depth of live shows that had previously eluded him by traveling through time to any gig ever held. Discovering countless startling revelations in his travels, Kenn will soon find out exactly what he’s willing to sacrifice for his obsession. With a burdensome knowledge that propels him to action, Kenn will have to step up in order to prevent the death of rock ‘n’ roll. Facing threats from evil forces, conspiracies, and even a friend’s errant philosophies, Kenn is poised to become the defender of rock ‘n’ roll. Forced to overcome these perils in 4:4 time, Kenn will have to succeed if he hopes to see his friendship and his precious rock ‘n’ roll survive.

“A compelling story that sticks in your head like a favorite song.” — Paul Carter, author of Is That Thing Diesel? and Don’t Tell Mum I Work on the Rigs, She Thinks I’m a Piano Player in a Whorehouse.