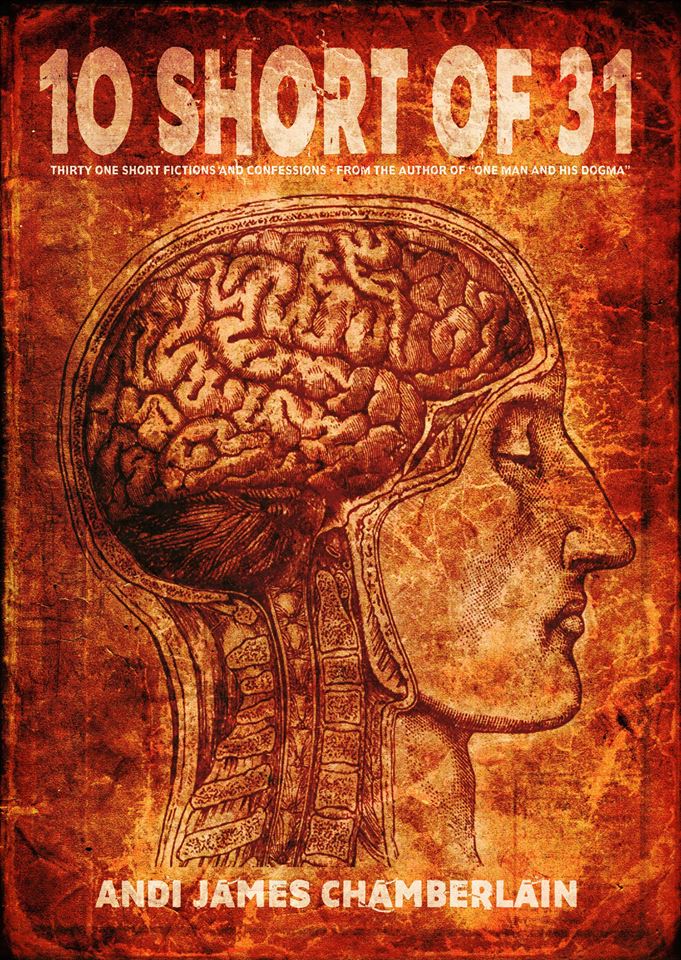 The following is an exclusive Short Story taken from Andi James Chamberlain‘s upcoming release: 10 Short of 31. 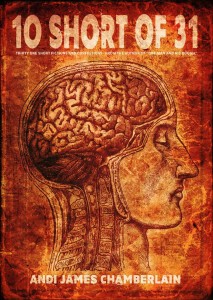 One paw slinking after the other, sitting in the doorway of the local cinema and the driveway of the surrounding houses.

The smell of the streets and the summer sunshine on my coat.

Paying scant attention to the people who walk past every hour, stopping and paying a fuss, smiling and cooing and ah-ing and taking photos.

The scrawl in marker on my collar saying:

But I am fine, because I have made this network of streets my home.

Between the doorsteps and windowsills of Windsor Street and Henley Street, from the gables and windows of my birthplace, to the warm confines of the Cinema’s office, where I am allowed a cushion and a heater to myself, and get fussed and bothered and stroked and loved by staff member and customer alike…I am fine.

Stratford upon Avon’s streets are heaving with ghosts. Spirits of the past cling to the pavements and the woodlands, and the fields and the ancestry.

The poltergeist of the Garrick, who pushes glasses off shelves and laughs at the pots and pans it throws around the kitchen…

The restless spirits of the Trinity graveyard, watching as tourists walk over broken gravestones that now line the main promenade to the church itself.

The gravestones that are used as liner for the grass and the path.

Shifting sub-atomic particles around in ways so miniscule and incoherently incomprehensible, but enough to shift phase a vapour one inch to obliteration.

In many ways – I fully realize – I got the lucky end of this bargain.

The world’s greatest poet and writer.

Regaled like no other in history, the grand romantic, now stalking the streets as a feline.

My penance for the whoring and the gambling and the brothels and the adultery and the fighting and the general caddishness of my youth.

Shakespeare, the grand Whorer of Southwark, now doomed to eternity as a Cat, walking the modern day streets of my youth and my death.

And as a Ginger no less.

There are worse punishments.

The eternal begging of the homeless zombies who scream and tirade around the bus park, their hats and their cups and their panhandles held out and demanding change from oblivious passers-by…listening daily to the screeching and wailing as they cry to no one that they are ignored and disregarded as if they were invisible and not even there.

Which…of course…is the case.
These ghosts are figments of memory and remnants of life, clinging on to the present, whilst trapped in the past.
Forever floating in a world of their own – lost upon the ether.

Regardless though. No matter how much they are told that they are dead, they will not believe you.

Then they get all upset that a cat is talking to them.

Not just any cat, I say, the greatest poet-cat that ever strode the soil of this Earth.

This just upsets them more.

I wander the streets and I pad and paw my town in abject anonymity, yet enjoying the adulation that being a cat can bring.

It feels like fame, a form of fame anyway, not quite the Queen’s court and presenting my latest opus.

A belly rub is something quite extraordinary.

If you haven’t already, you should really give it a try.

I meow, and I paw, and I mew, and I create amazing new stories in my cat language as I roll in the grass in warm summer days.

Creating new Tempests and Lears as stoma clouds brew above me and I mewl at the skies and I whine at the doors and windows of strangers until they open the portals and let me in, taking me in as if a vagrant for the evening.

How I wish I could tell them I am Sweet William, The Poet, The Writer, The Playwright.

But, instead, I meow and I rub around their ankles and I chew on their tuna and chicken and biscuits and milk, so sickly sweet it reminds me of the mead from the Shoreditch hostelry houses with Ben Johnson and the Chamberlain’s Men, after opening night, drinking until we were half blind drunk.

I am a Ghost in my own town.

Doomed to watch the parade of fools use my name for a quick and dishonest penny.

Lies in my name slandered and scattered everywhere I walk, lithe, and silent, paw after paw, tail swooshing and swaying, a ginger apparition mingling amongst these ghosts of living and dead.

On the streets of Stratford, so full of ghosts, with hearts and souls and those with nothing but a coin where the heart should be, constantly shining like a beacon, they only thing on their mind and soul.

I am a pariah to history now.

Stood outside my house.

Though this too is a lie, as my house burned down, and this is George Crosby’s house. My neighbour, a miller, a wife beater and an unwashed, unkempt, uncouth bully.

Wherever and whenever I can I spray the doorstep and the cobbles, and I piss on the flowers that mark my faux houses gardens.

Some call me Ginge, because of the scorching hue of my fur.

There are those that call me Arnie…given as a moniker by the cinema’s staff, I don’t mind it as much, their hearts are in the right places, and there is a wash of life and soul that I see inside those walls.

One man calls me Jonesy.

He tickles under my chin and tells me I am a good boy.

He strokes my tail and scratches my haunches and the base of my back, and he makes my legs collapse and I mew at him in appreciation.

So far from the stage I have fallen.

But, it could be worse.

I am still the Bard.

And this is my home, and I walk these streets like a king, loved and adored by all I meet.

It really could be a lot, lot worse.

Making the most of the haunted streets of Stratford.

A Lion amongst the lambs.

King of my own minor jungle.