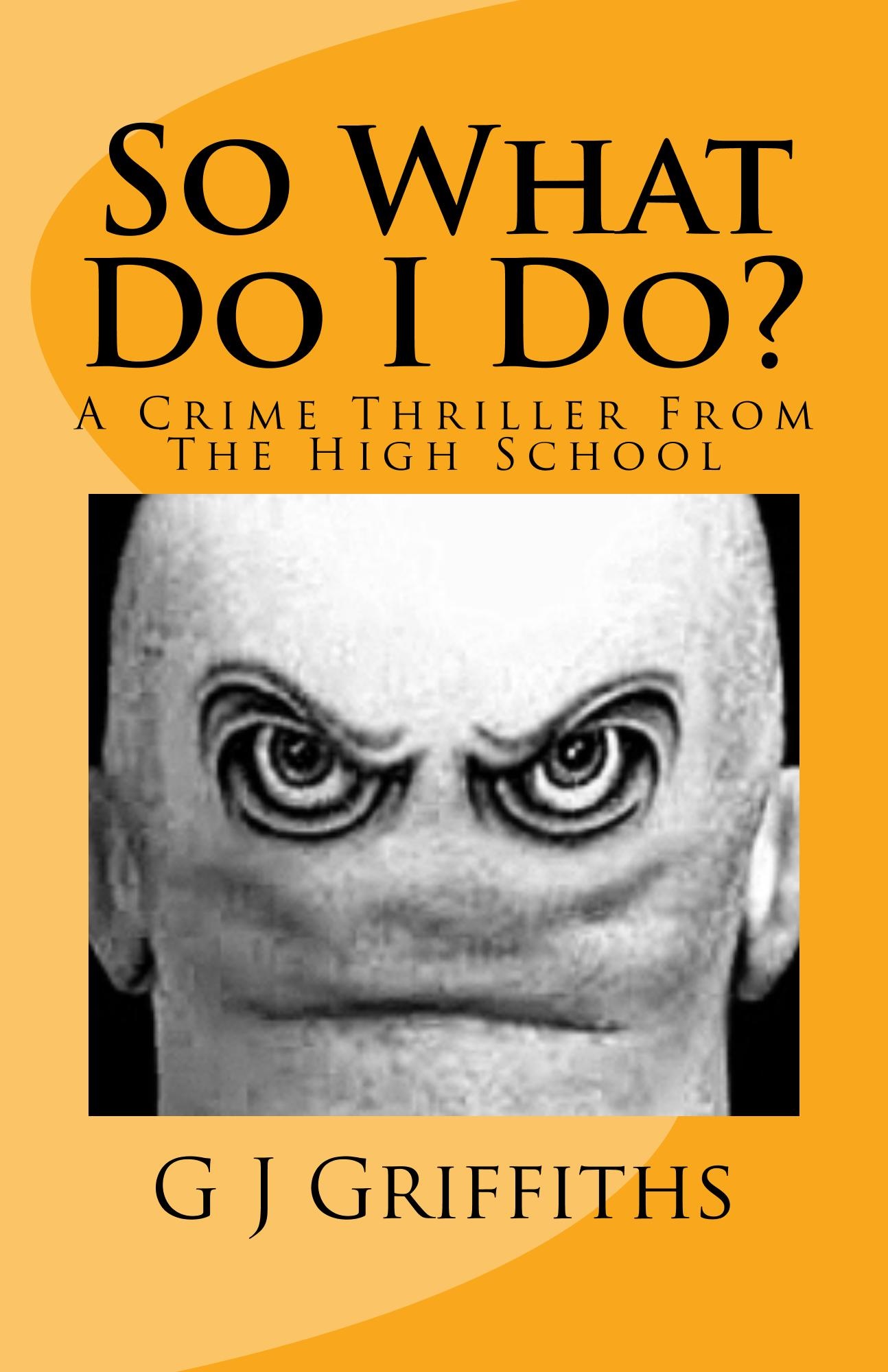 So What Do I Do? (Crime/Detective Thriller) 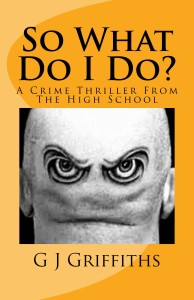 This is a thriller of the “How&Why’d they do it?” category and the book stands alone with its intriguing trail of catch-up between the police and the criminals. A crime that goes badly wrong in its execution, and goes on to tragically affect the local school community, produces a trail of chaos. It’s a winding trail that the reader must try to follow and which two ex-pupils from the school, one a detective and the other his violent quarry, take around Britain only to end at its shocking conclusion.

In So What Do I Do?, the third novel in the So What! series, we see the return of a few of readers’ favourite characters from the previous books. Constable Nigel Shantra returns as a detective, determined to bring to justice Kyle Crabbe, the psychotic adversary of his from the first So What! novel. And just what does a class of cheeky chimps, and a large black spider monkey, have to do with the traumatic events surrounding Hodgson’s Hide – the legacy of retired Technology teacher Gil Hodgson?

Molly is back also, now as an experienced teacher and a new mum. She’s trying to come to terms with the major changes planned for Birch Green High School, while she and Oliver have dramatic plans of their own that could seriously affect both their careers. Still anxious to save the natural environment and its wildlife, Molly is also troubled by the plight of the neglected children of the world and climate change. Is she ever going to settle down to a blissful life of domesticity with her family when so many problems insist on grabbing her attention?

When a conspiracy to defraud the local populace, devised by two apparently respectable but unscrupulous pillars of the community, goes disastrously wrong it results in an intriguing case for detective constable Shantra to solve. The traumatic events that ensue will prove to affect the haplessly incompetent pair of criminal perpetrators, hired by the swindling conspirators, as well as the teachers and pupils of Birch Green High School.

Recently promoted Molly discovers that the pressures of helping newly qualified teachers, like James Gibborn, to cope with unruly classes bear no comparison to the eventual strain that she and her colleagues experience when an ex-pupil of the school decides it’s time for payback. This bullying past enemy of Nigel Shantra and his brother, Adam, will prove to be far more ruthless and cruel than anyone could have imagined in order to achieve his criminal ambitions. But he is just as likely to turn his attention towards anyone who upsets his plans, with terrifying consequences for those who won’t comply with his wishes.

Tags: FREE, GJ Griffiths, So what do i do? Categories: FREE