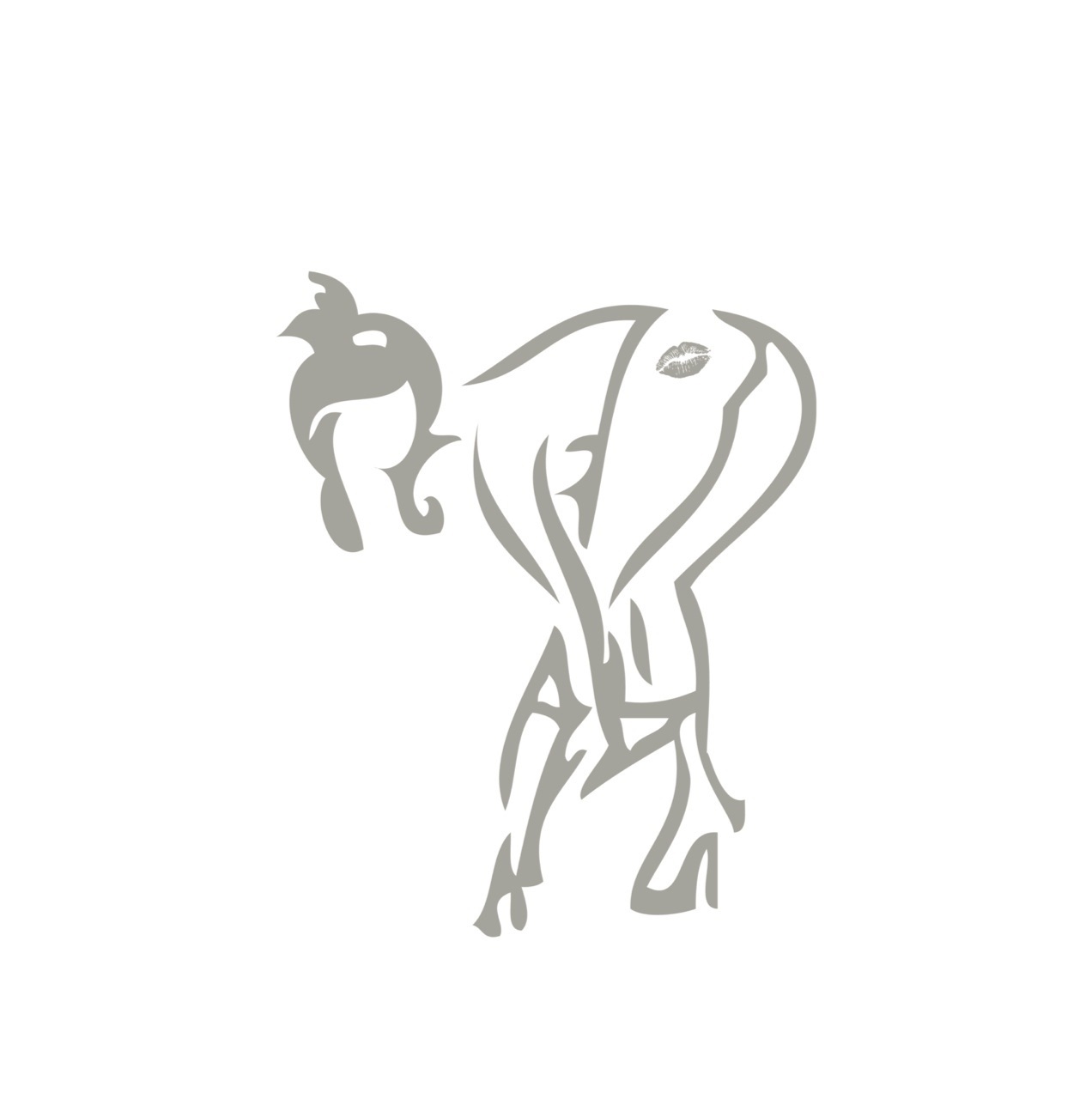 Self-Publisher’s Showcase: Today we are joined in the Showcase Lounge by the author of the Eritca/Romance series: Cat Haus Working Girls. Welcome, Carrie Lane.

Carrie Lane: Thank you for having me! It’s so important to have a venue to showcase indie authors, especially today with so many more authors entering publishing every day. So for that opportunity, I thank you.

SPS: For those unfamiliar with your work before now, care to take a moment to tell us a little about yourself?

CL: I’m in a unique situation because I am currently in a position to see on both sides of the fence. I am a full time writer, though I split my time. Under Carrie Lane I am a newbie indie erotica author no one ever heard of. Under my other penname, I’m a NY Times and USA Today bestselling author currently contracted by a NY publisher and one of the larger digital presses, and I also self-publish. I am truly a hybrid author.

I bet you’re thinking, why the new pen name for this series? It was because I wanted to break out of the romance box without any expectations from readers. I think that aspect worked. However, I had no idea how hard and time consuming it would be to start from absolute zero. It’s sad, really, how hard it is for a newbie to get discovered. This has been an incredibly eye opening experience for me starting fresh with no Facebook fans, no Twitter followers, no built-in readership and no auto-buys.

At the same time, I hesitate to “come out of the closet”, so to speak, because I fear losing the freedom that anonymity has given me while writing this series. I love this series and I want readers to find it because I know they will love it to. If that means I have to expose my other identity for readers to find this story, I will. That’s a decision I will make after part 3 is written and I am ready to bundle the trilogy for print. Financially, it makes sense that before I plunk down cold hard cash for a print cover design, I know which author name to list on it.

SPS: What was it that made you want to write?

CL: I kind of fell into writing professionally. It was total serendipity that I got my first writing contract straight out of college. Being an English major helped that, I suppose. But when something comes easy, it makes it even more appealing. Writing is like that for me.

SPS: Cat Haus, Part One of the Working Girls series covers Cate’s arrival at the Cat Haus. Can you tell us where the inspiration for the story came from?

CL: Not sure I should admit this or not but here it goes . . .  I was wracking my brain searching for a really hot idea for a brand new, highly erotic trilogy. I had a few ideas but none of them seemed right. Then I was scrolling through my HBO GO app on the iPad and stumbled across the Cathouse series and I was hooked. I watched every episode available. A few in, I knew, this was the story I wanted to write. One young woman’s journey in this crazy life of legal prostitution. The potential for character development was amazing. And the eroticism was built in to the story. No contriving sexual situations for the character because in her life, sex is just part of the job.

SPS: How easy was it to write? Did you enjoy the journey?

CL: It was crazy easy to write and that’s what made me know it was the right story I’d chosen.  I found myself whipping out 5,000 words at a time, and side lining other work to get back to this story. I loved every minute of it and because of that, I know I released book 1 prematurely. I should have written all three parts, built the buzz about the stories before release, and then released the three stories 30 days apart followed by a bundle of the three stories in print. I didn’t do that and I think I squandered a good opportunity for a big splash at release. Instead it’s been more of a tiny plop, though just like when you throw a pebble in a lake, the rings slowly spread and widen. Cat Haus is slowly (very slowly) spreading and being discovered by readers.

SPS: Can you tell us a little about the leading character, Cate?

CL: I love how Cate treats her job as a hooker as exactly that, a job. She’s a no-nonsense kind of girl but deep down, she is vulnerable. We get a peek at that side of her at the end of part 1, and then again in part 2. She’s fictional, but more realistic than you might think. I’ve found through research and through messages from readers that educated young women turning to prostitution to make money is more common than you’d think.

SPS:  How does Cate’s story move forward in Cat Haus 2: Part 2 of the Working Girls Series?

CL: We see Cate’s reaction to the events at the end of part 1 revealed more fully in part 2, how it changes her deep down as a professional “working girl”. At the same time, we see the other side of her, the young girl who is starting to have feelings for a man and she doesn’t know what to do with these feelings. I honestly tried to make this truly erotica but as per usual for me, it’s turning into a romance. My beta reader yelled at me during the writing of part 1 that it was heading in the romance direction, and in part 2 even more so. But the story and the characters are moving that way and it feels right so the beta reader is going to have to accept it. The story is edgy and erotic, but nonetheless it’s a romance, not straight erotica, and the reviews for parts 1 and 2 have mentioned that’s what the readers love about it.

SPS:  You are currently working on Part 3 of Working Girls, what can we expect from Cate in this instalment and when can we expect it to be available?

CL: Hopefully part 3 will be out in September. I had a few other projects with tight deadlines hit me and even though it’s killing me to keep Cat Haus 3 on hold, I had to work on other things. In part 3 Cate and John are still trying to figure out exactly what they are to each other. Meanwhile, Cate is continuing to work. We have a return visit from a favorite character from Part 1, the football player. He makes Cate a tempting offer. That in addition to a poor choice on John’s part adds extra drama to Cate’s confusion regarding her feelings regarding John, the Cat Haus and her future. Readers can also visit CarrieLaneWrites.com for news on releases.

SPS:  After this we understand you will be doing a prequel to cover Cate’s journey from college to Cat Haus, how much are you looking forward to telling that part of the story?

CL: I think Cat’s backstory needs to be shown, rather than told in the text of the Cat Haus trilogy. I know the readers are wondering about her, as well as wondering about John. They have questions me on who he is when he’s not making his brief appearances at the Cat Haus. I’m really excited to tell both stories.

SPS: Can you tell us about your covers and how important do you feel a great cover is when promoting your work?

CL: Sad but true, people do judge a book by its cover. It is so important, especially as an indie, to have a cover that can stand up to traditionally published books. For me, and for this series, it was also extremely important to have something that was sexy, but not trashy. I didn’t want to go with one of the “object” covers that are so popular right now in erotic books thanks to 50 Shades. So I looked at lots of covers and stock images before choosing the ones I used. I love how the covers focus on just a piece of Cate, her torso in the corsets. Because just like the cover images, these first three stories really only focus on a piece of her—her current existence at the Cat Haus.

CL: For this particular series, yes. I never even considered subbing it to a publisher. I wanted the freedom to go off the rails with Cat Haus, and the heat level, if I wanted. I knew that even the idea that I could sub it would have put a throttle on the idea and my writing. I didn’t want that. I wanted to just write and let the story go to see where it ended up. The reader reviews to date have been overwhelmingly positive so I think I made the right decision there. It wouldn’t have been the same story had I written it with a publishing house in mind. It would have been tailored to fit their catalog and the true essence would have been lost.

CL: As Carrie Lane, no. Not yet. But I am already feeling sad just thinking about the Cat Haus Working Girls series ending so I will definitely need to think more about a continuation or a spin-off.

But most importantly, I want to thank the readers on Goodreads. When I couldn’t get a soul to buy a copy of Cat Haus, when bloggers and reviewers wouldn’t touch a copy or give me the time of day because Carrie Lane is a new, unknown indie writer, the readers at Goodreads turned out in droves to download free copies of Cat Haus and Cat Haus 2, read them, and post reviews on both Goodreads and Amazon.com. I hope readers realize how crucially important reader reviews on those sites are to authors and how grateful we are for their time and effort. The readers are what kept me going when sales on Cat Haus sucked because discoverability is so hard in the current publishing landscape. Those readers who stepped up to the plate for me will be receiving free advance copies of Cat Haus 3 and the two prequels. It’s the least I can do to thank them.

SPS: Thank you for joining us today Carrie, it’s been fun.

CL: Thank you! I enjoyed it.