Posted Dec 3 2019 by Paul in Interview with 0 Comments 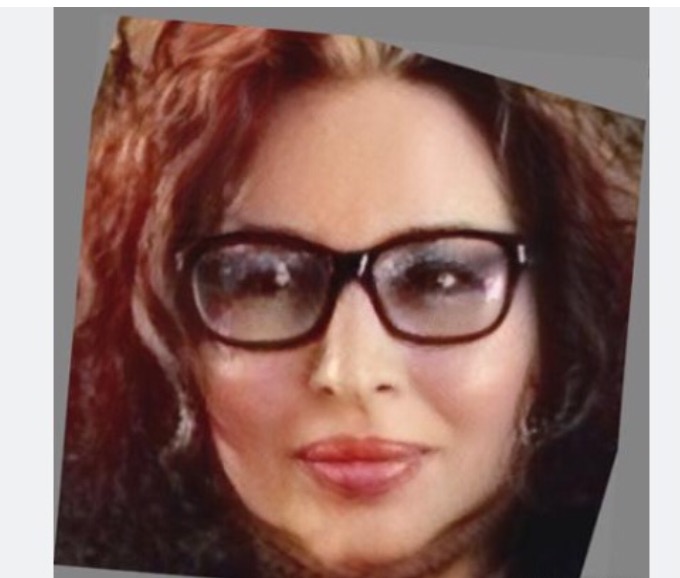 Self-Publisher’s Showcase: Today we are joined by Zelly Jordan, author of The Unbreakable Series. Welcome to the Showcase Lounge, Zelly.

Zelly Jordan: Thank you for having me.

ZJ: Sure. I’m a single mum of a grown son and I’m from Melbourne, Australia where I’ve lived practically all my life. I was born in Croatia but my parents emigrated with my siblings and I when I was a toddler and I’ve never lived anywhere else and probably wouldn’t because I love my town and love the lifestyle here. I’m also very proud of my Croatian heritage. I’m generally happy and positive but can be stubborn and highly opinionated on certain topics, I’ll admit. My taste in just about everything is eclectic, especially music and I’m known for being talkative yet oddly quiet at the same time. I’m curious by nature, caring and compassionate to all yet pretty tough on myself, which is something I’ve been working on for the last few years. Like most people, I have my strengths and weaknesses but I’m an overall nice person who happens to love reading and has giant spurts of creativity sometimes. 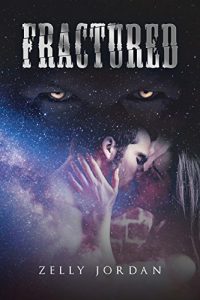 ZJ: The reaction was great. When I released it, I already had a small group of fans who were following my efforts in the publishing process and were quite excited about the book. And then as new readers and bloggers discovered me, the overall response was thankfully very positive and I received quite a few glowing reviews which was so wonderful and thrilling, especially as it was my debut novel. But I’m still an unknown in the wider indie book world and so of course I’m hoping that will soon change. I’m still learning how to promote myself however and that skill is definitely something that doesn’t come naturally to me. To be honest, I’m in awe of those authors, indie or not, who somehow manage to get themselves dozens and dozens, if not, hundreds of reviews within weeks of a book’s release. I see that and wonder how did they do it? What’s the trick? So, yeah…lots to learn about the marketing side. Some authors enjoy that side of the book business but I can’t say at this stage that I do. I just wanna sit in my little corner of the world and write. Maybe I’ll grow to love it further down the track?

SPS: The series focuses around two main characters—Kellan and Charlotte—what can you tell us about the two of them and the relationship between them?

ZJ: Kellan is a man who is part beast, with the mutated DNA of several different breeds of animal and this gives him extraordinary strength and superhuman abilities. He doesn’t fully shape shift but rather transforms into a grotesque and frightening hybrid human/animal. He discovers that what he thought was his life is actually not and everything he believed about himself is based in untruths. He doesn’t know why or who is behind it but when Charlotte comes into his life, she triggers a reaction in him that starts to unravel the truth. He’s fascinated with the way he responds to her, not just as a man but by his internal beast who is highly susceptible to her; enthralled in an elemental way. She claims a relationship with him he can’t remember and initially he’s suspicious of her and her story. But as events unfold, Kellan’s emerging feelings for her lead him on a path that has him relying on instinct and trust, on his inner beast, despite the shocking revelations he uncovers. Charlotte has the benefit of knowing the truth, or at least part of the truth as she doesn’t know how he came to forget not only her but his whole life. These two work their way through a quagmire of mystery even as they figure out the true depth of their relationship and they do it with sass and sex and humour.

SPS: Does Unveiled carry straight on from the events of the first book, and are there any characters of note you’d like to mention that come into the story?

ZJ: Yes, Unveiled carries on directly from Fractured. Some people don’t like cliff hangers and the first book ends with one but that was where the first story had to finish, where I’d imagined it finishing and hopefully that intrigued readers enough to want to read the sequel. Unveiled also introduces the reader to a couple of characters that are mentioned in Fractured but now they have their own scenes. The character Finn and his relationship with Kellan is also explored in greater depth.

SPS: Does the series have any underlying themes? 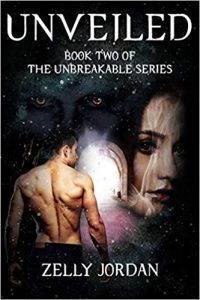 ZJ: Not intentionally. I didn’t start the story with a theme in mind but as the story unfolds I’ve found that there is a heavy tone of instinctual love; of the interwoven feelings of man and his base feelings, of instinct and trust not only of oneself but of others. It’s something that threads its way through all of Kellan’s relationships as well as his sense of self.

I’ve written the story entirely from Kellan’s POV as I found the dual entities of his being and the conflict between the two quite fascinating.

SPS: Who do you feel the series would appeal to?

ZJ: It would appeal to anyone who is a fan of romance that isn’t all hearts and flowers, that’s more earthy. My main character is a soldier/assassin/beast so naturally there’s some crass talk, some blood and violence and lots of heat. I wouldn’t even classify my genre as being pure romance but more of a cross section of several genres. I describe it as “a sexy smexy story full of suspense and mystery with a twist of paranormal.”

SPS: How did you feel when this second novel was finally complete and published?

ZJ: Rather amazed. With my first book, I had dealt with a self-publishing company and the process of uploading and formatting the manuscript was all taken care of by them. But with Unveiled, I had decided that I would do it all myself in true selfpublishing style and was completely bamboozled by the process. I truly had no clue how to do it and wouldn’t have gotten anything done without the help of a couple of friends who helped me with format and layout and cover design. It was a giant learning curve for me so when it was done, I was absolutely amazed, thrilled and very proud.

SPS: How large a series are you planning, and do you already have the conclusion of the series pre-planned or are you seeing where the writing takes you?

ZJ: I had originally thought that this would be a trilogy but as I’ve gone along, the story has flourished and stretched out past that and at this stage I imagine at least four in the series. I have a general idea of how I want the story to develop but I tend to let my characters lead me along the way. When Kellan starts to talk in my brain, he tends to have lots to say and doesn’t hush up easily.

SPS: What do you think a reader will take away from completing your work?

ZJ: Hopefully a lot of satisfaction, a warm glow in their heart, renewed faith in the power of love and instinct and some hot flushes. Lol.

SPS: How did you find the process second time around? Did you learn lessons with the first book that made the process easier?

ZJ: In some ways yes and others no. Because I changed the way I published the second time around, everything was a new learning curve with respect to the process of formatting and other technical tasks. But I still wrote and edited in the same way as I did with the first. I edited every single part of my first book Fractured mainly because I assumed that’s what every author did. Lol (yes, I was that naive) And even though I eventually learnt that wasn’t the norm, I still did all the editing myself with Unveiled. It was something that I preferred to do myself again as I found it helped my creative process. However, that might change in the future as I produce more work…..who knows? We’ll see what feels comfortable to me.

SPS: Are there any lessons now, two books in, which will help you in planning/executing further work?

ZJ: Yes, I’ve sort of figured out what works for me in terms of routine and creativity. Early on in the writing stages of both books, there were times where I was putting unnecessary pressure on myself – telling myself I should be doing this or that because I’d read somewhere that some author did this or that and therefore I should be too. But after some trial and error, I’ve let that idea go and now I work in a system and method that works for me. I’ve learnt that every author has their own ways. It’s very individual and there’s no need to do specific things just because someone else does it that way. There’s no right or wrong way to write.

SPS: What do you have planned to do next in the writing world?

ZJ: Book three and four of this series and then I’d like to start a new one and maybe down the track I’d like to tackle something based on reality.

SPS: Thank you for joining us today, Zelly, and all the best for the future.

ZJ: Thank you so much for having me.

SPS: For more information on Zelly and her work, please do visit: