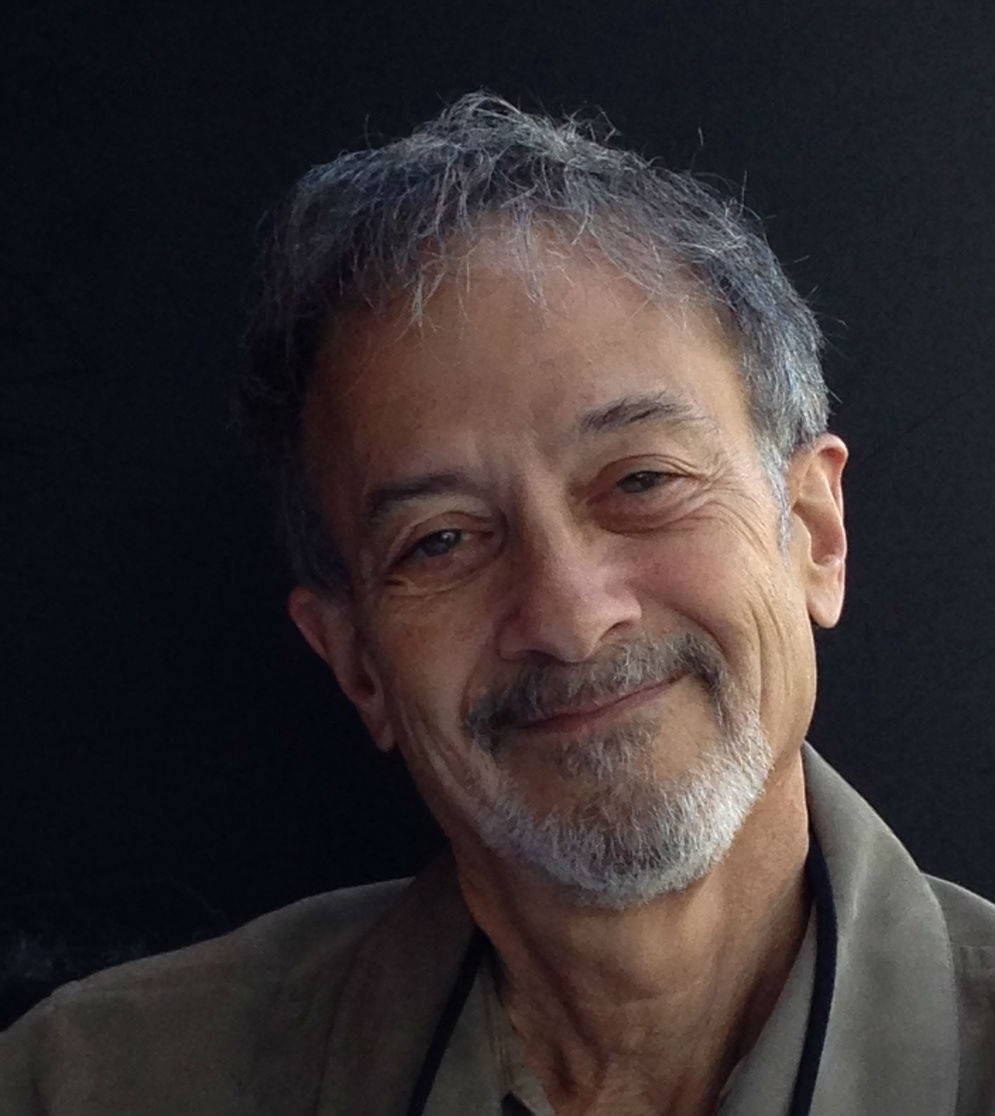 Self-Publisher’s Showcase: Today we are joined by David Wolf, author of Mindclone. Welcome to the Showcase Lounge, David.

David Wolf: Thank you. It’s great to have an opportunity to reach out to a community of potential readers willing to explore books that haven’t been given the blessings of traditional publishers.

DW: I’ve had a lifelong interest in the sciences, in reading very widely in non-fiction (books about science, evolution, politics, biography, history, technology and wherever my curiosity takes me) and fiction from the classics to science fiction, mysteries, other forms of popular fiction and literary fiction. I’ve actually been a writer most of my life as well, making a living as a TV and radio copywriter, along with the usual print assignments. Along with that, I’ve devoted many years to that other kind of fiction, novels and short stories. Mindclone is my first published novel.

DW: I enjoy writing with what now would be called old fashioned technology: I sit at my computer keyboard and write, often with music on in the background, and my two golden retrievers alternating between naps and climbing into my lap for attention. My wife is usually at her own computer, pursuing her interests. I’m lucky enough to have my version of a man-cave: a library and music listening room that is my ideal domain.

DW: Well, I have wanted to be a published author almost from the beginning, but the decision to self-publish Mindclone came when I learned that a movie, “Transcendence” would be coming out the following year. Based on the early promotional material, I saw that it dealt with the same subject matter as Mindclone, so I decided I had to put my book out first. Unfortunately, when the movie finally did come out, it was a disappointment. But I’m glad Mindclone was already out there, because another movie, “Her,” was a terrific exploration of the concept of an intelligent computer, and even won an Oscar for best screenplay this year. I also saw an opera based on the same upload-the-mind concept. And a number of other novels and TV shows are out there that explore the same territory. There appears to be a mini-boom in interest in mind-uploading or intelligent computers and their consequences.

DW: I have been an enthusiastic reader of all forms of fiction from an early age, so my writing has explored many genres, from mystery to political thriller to science fiction to comedy. The fact that my first published novel is science fiction, or what I guess you could call near-future science fiction, is partly due to the circumstances I mentioned just now. I have a feeling my writing will continue to explore different genres–unless lightning strikes and requires me to focus on one audience group for my future success! 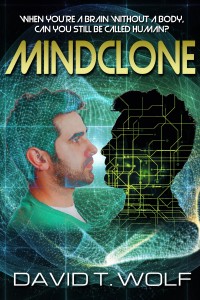 SPS: Can you take a moment to tell us all about your debut novel, and where the idea for the story came from?

DW: I have always been intensely curious to explore what it is that makes us human. Earlier, I wrote a Young Adult novel about a genetically enhanced chimpanzee in order to explore this question from a non-human perspective. Mindclone is a way to explore the issue from a non-biological perspective. I guess the specific trigger was wondering just how a computer that had become sentient would react to its limited existence. Would it find its existence worthwhile? Could it find happiness? Would it be friendly to humans? I was eager to explore its relationship with people.

SPS: The book asks a lot of ethical questions, is that something you were keen to tackle?

DW: Absolutely. One of the most important aspects of human intelligence and evolution is, can we survive our own cleverness and technological prowess? Surely, our ethical evolution is a critical part of that. If you follow the news at all, there is little evidence for optimism. One of the great things about fiction–and perhaps one of its great responsibilities–is that it can explore the consequences of various kinds of ethical and unethical attitudes and behaviour without lecturing.

SPS: How did you set about creating the emotions Adam would feel? Did you research particular syndromes at all?

DW: I had read the great Dalton Trumbo anti-war novel, “Johnnie Got His Gun,” which was written from the perspective of a soldier who was rendered blind, deaf and paralyzed by grievous wounds. This was long before I had any idea about writing Mindclone, but it was very moving and I learned a lot from it. I also delved a great deal into how I would feel under Adam’s circumstances. There’s a chapter in which Adam searches the Internet for the sources of human pleasure and happiness. I actually did that exploration myself, and found it both amusing and enlightening. I even found an appropriate quote from Stephen Hawking, who knows something about living mostly in his mind!

SPS: Were Adam’s advanced digital skills created to give an advantage over Marc intellectually, to make the ‘battle’ for Molly’s attention more interesting?

DW: Not specifically for the rivalry, but certainly that was a part of it. His advanced digital skills were the most logical way to compensate for his devastating physical deficits, especially coming as he did from Marc’s own memories of being human, with all the joys and pain that that entails. He remembers what it was like to be human, but can no longer experience most of those pleasures or pains. Without his digital skills, Adam’s life-affirming attitude would have been hard to sustain.

SPS: How easy did you find it to balance science-fiction, humor and romance?

DW: I found it very easy, because it reflects the way I approach life in general. Maybe my unhappy childhood pushed me to use humor as a sort of defense mechanism. Much of what Marc went through in his childhood reflected my own history of living in foster homes. But Marc was a much better person than I was. I suppose he’s the person I wished I could have been.

SPS: Have you left it open for you to revisit characters again in future works, or is the book purely standalone?

DW: I have been thinking about a sequel, but I’m in the very early stages of the planning.

SPS: Can you take a moment to tell us how the cover to Mindclone came about?

DW: The original cover started with my concept of the human facing his digital silhouette. I approached a very good friend, an art director with whom I have worked for a major part of my career. He developed several variations on the original concept, and we eventually found one we both liked. I bought the image of the human from a stock photo library. The newer version of the cover came about because a Chinese publisher is working on a translation, and needed a cover without the English text. Rather than ask my friend to go through the work of recreating the cover without the text on it, I decided to use a professional book designer for the revision. I liked the result so much that I had her put the English text on it and replaced the original with this one.

DW: I have been surprised and even bowled over by the number of five-star reviews it has garnered, most of which came from strangers. I even encountered a man at a local coffee shop where I take my dogs, who heard me talking about the book to someone, bought it and subsequently introduced himself to me and told me he had read and loved it.

SPS: What’s next on the self-publishing horizon for David Wolf?

DW: Not sure. If I complete a sequel to Mindclone, that’s definitely the one I’d like to put out next. I do have a lengthy short story that I self-published, called Do-Over.

DW: Actually, it was not. But the world of publishing has changed so greatly that it now looks like the barriers to “legit” publishing are higher than ever, and the benefits–the advances, the marketing program, etc., are greatly diminished. That plus the tremendous LOWERING of barriers for self-publishing are making it the better and more gratifying way to get seen. That said, though, I still dream that one day a high-powered agent will come along and get me a seven-figure advance. The publisher will arrange coast-to-coast interviews and a major marketing campaign. My book will appear on the New York Times best seller list. Then that ultimate accolade: selling the movie rights to a major Hollywood studio.

DW: The creative part of it has been wonderful; the anticipated rocket ride to fame and fortune is still on the launch pad. Maybe the readers of this interview can add some fuel.

DW: Find a good constructive critique group, listen to their comments without resentment, and learn from the experience. One other piece of advice: start reading like a writer, observing the techniques that produce the effects that move you, thrill you, touch you, etc.

DW: I recently joined a science fiction book group. Our most recent selection was a first novel called “Seed,” by Rob Zeigler. It’s a post-apocalyptic exploration with three plot strands: the survivors scrabbling for food and fuel; a military group with a mission; and Satori, a genetics company that has created a living city and humanoid agents–and the seeds of the title that could be the key to human survival. The first two strands are variations on the expected for the genre, but were well-handled, I thought; the Satori strand was very fresh and brilliant. Not all the members of the club agreed with me, but I do recommend this book and that you keep an eye on this author. He looks like the real deal.

SPS: Thank you for joining us today David, and all the best for the future.

DW: And thank you for all your efforts of behalf of writers in the self-published/indie community to find an audience!!

SPS: For more information on David Wolf and his work, please do visit his Showcase Author page here.