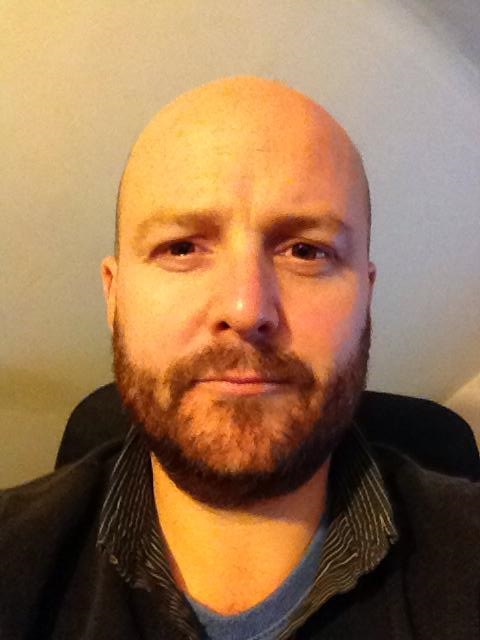 Self-Publisher’s Showcase: Today we are joined by Lewis Morgan, author of the spy thriller The Entity. Welcome to the Showcase, Lewis. For any of our readers that haven’t come across your work previously, can you take a moment to tell us all a little about yourself?

Lewis Morgan: Hello. I’m a 37 year old writer and business man living in the UK. I studied European business and was lucky enough to work and study in France as part of that program and on graduation I worked for an American bank as a private banker. I decided after a few years I wasn’t that enamoured with the environment and left at the end of 2001. I then started an insurance business and continued to work in finance, working with clients all over the globe. In my spare time I’m a practitioner of Krav Maga, an Israeli self defence system, and I have also been heavily involved in music all of my life – singing and playing the violin and guitar, though not at the same time. I would also say I’m a bit of a foodie.

LM: The perfect conditions are when the story flows naturally and you can explore your imagination to see where you want to take the reader. I tend to work in my office with few distractions around me. Once the idea for the story is formulating I start and let the characters develop on the page. I tend to try and write most days putting a thousand plus words on the page.

LM: I started the book and wrote the first five or six chapters. I then sent it to a friend and asked for some critical feedback. At that point I was just enjoying the experience but the feedback was very positive and I thought I would carry on to see where the story lead me and if I could reach a goal of fifty thousand words or so. During this time I looked into publishing and how I would get it out there and I looked at a number of options for making it happen.

SPS: Why do you think it is that you have decided to write the debut novel that you did, and do you see yourself ever writing in other genres?

LM: The idea for the book came from the fact that there are things we don’t know in the world that most people are either blind to or have no idea actually takes place. Obviously none of what I have written about have ever taken place, they are solely the fruits of my vivid imagination but I enjoy that crossover of could that actually happen? Would those organisations be involved in such a thing?

I can see myself getting ideas for other genres absolutely. I have a few ideas on the next couple of books that I would like to write. 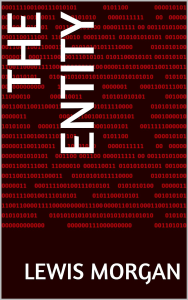 SPS: What could someone expect if they picked up a copy of The Entity?

LM: I have tried and hopefully succeeded in writing a fast paced page turner that takes the reader on a journey from the end of the Second World War when the financial package implemented under the Marshall plan to the financial crisis of 2009. In my book there was also another financial package that was also implemented that used three boxes containing assets from the US and the British governments and the Catholic Church. Skip forward to the financial crisis of 2009 and the governments want to use the boxes as collateral for lending again and …well you will have to read the book to find out.

SPS: Did you write it aimed at a particular audience?

LM: I’ve written it primarily for people who enjoyed the Da Vinci Code and possibly the Bourne novels or even the Bond catalogue. I’ve been told I write with a good pace and the book is a bit of page turner so the audience is also someone looking for a good read for a holiday or to escape for a few hours

SPS: Debut works often contain an author’s own experiences. Is this the case at all with your own?

LM: I have lived in London and Paris and I have worked in lending money but that is where the experiences end. So I know the geography and some of the mechanics for lending large funds but the rest was purely imagination. I’ve enjoyed the espionage genre of books, films and TV shows so have imagined further into that and come up with my book

SPS: Tell us about some of the main characters involved in trying to aid in the financial crisis.

LM: The story jumps between historic times where the UK, US and the Vatican decided to put assets into boxes for the creation of credit lines to enable the growth of businesses after the Second World War, and during the financial crash. The main characters during the credit crunch are Nathan Horton and Henry Jenkins who have been bequeathed the key codes for the boxes by their now dead relations, and Marcus Cole and Helen who work for the British Secret Services sent to bring the boxes into the Bank of England.

SPS:  There is an unknown organisation putting future lending agreements in jeopardy. Tell us about the ‘bad guys’.

LM: I wouldn’t say they are necessarily ‘bad guys.’ The unknown organisation has its own viewpoint and objectives which they are wanting to achieve.

LM: My expectations were to see if I got a good reaction from the readers. In general I have and for a first novel I’ve had some great feedback, which I think is incredibly important. I have a style of writing that I think is enjoyable and my feedback has confirmed that which is hugely satisfying in itself. The next steps is to see if I can get known out there and for people to read the book.

SPS: Do you have any plans for a sequel, or has the story been told in its entirety?

LM: There is another book and I have just started writing it. This will be with some of the previous characters but exploring different ideas, probably including a technology that has been discovered that could, if allowed to get to market, change the way we produce power.

SPS: What can we expect next from the pen/keyboard of Lewis Morgan?

LM: After the sequel I would like to write a book about the First World War which I have started to research a little. I really want to give that story justice as well so will need to spend some time in the War Museum in London to make sure it contains as much fact as possible

LM: Yes. It’s so direct, why would you need to go any other route for your first book?

LM: I think it has been more rewarding. I’ve made some new friends in the Twittersphere (@lewismorgauthor) and I’ve discovered that working towards a new book is one of the most rewarding things.

LM: Go for it. The hardest part of any journey is the first step and writing a book is the first chapter. After that you can get more confidence and inspiration and let your imagination run

LM: There’s a lot of people deserving recognition as writers but I would like to recognise not a writer but an inspiring person. Fiona Cunningham created the #nomakeupselfie in the UK for Cancer Research. In one week she raised £8 million by asking women to donate and post a picture of themselves on FaceBook without any make up. That’s unbelievably powerful so for someone writing a book, or trying to create something, think of her and her brilliant idea, and think if that is possible in such a small amount of time what am I capable of in a week, or a month or a year.

SPS: Thank you for joining us today Lewis, and all the best for the future.

LM: Thank you and enjoy my book.

SPS: For more information on Lewis and his work, please do visit his Author page here.