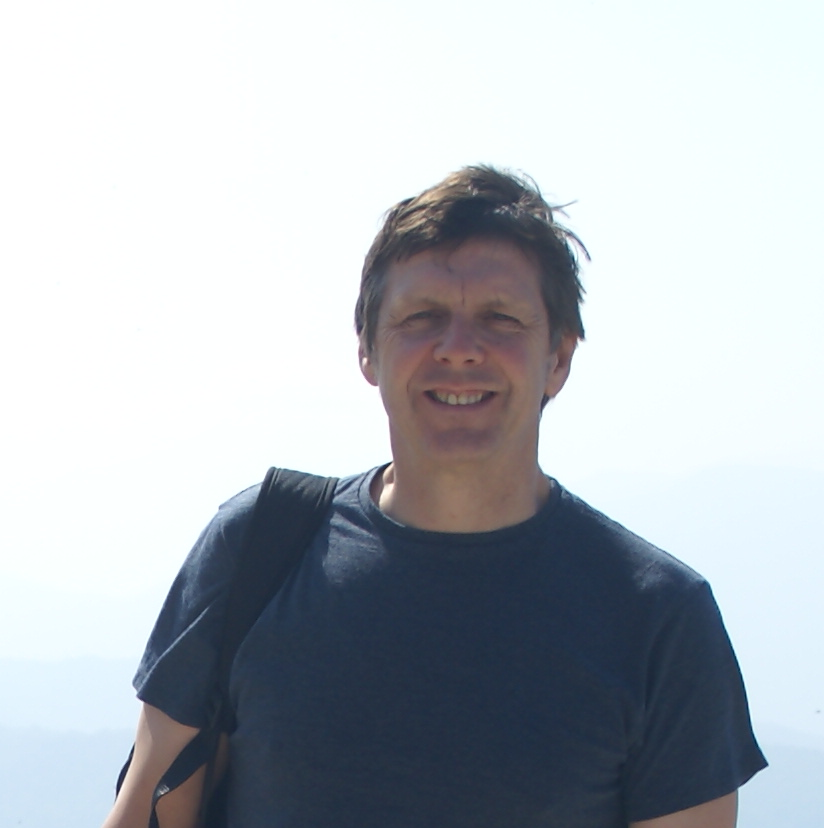 Self-Publisher’s Showcase: Today we are joined by poet Philip Johnson. Welcome to our Showcase Lounge, Philip.

PJ: Well I was a school teacher in a state U.K. primary school for 25 years, the school went through some huge changes, some necessary, some budget-driven and some micro-political so a number of us who had reached – shall we say – milestone birthdays (50 +) decided to try other things. I now work as a supply teacher, often 3 to 4 days per week – and undertook poem-writing for its cathartic qualities!

PJ: Pen in hand, bumper sized notepad and certainly…….quiet! Perhaps once a week.

SPS: Can you put your finger on the moment that you decided that you wanted to publish your work?

PJ: Bumping into a couple of ex-colleagues who’d gone down the ‘self-publish’ route and were intrigued that their fiction work had gone down particularly well in USA, so I thought I’d look into it.

SPS: Why do you think it is that you decided to write poetry, and do you see yourself ever writing in other genres?

PJ: I might have a children’s story somewhere in me because of all the times as a teacher when you “think on your feet” and sort of instantly come up with an entertaining story but poetry appealed because – if you’ve not got a massive attention span – it means you can switch from one subject or topic to another every few minutes! 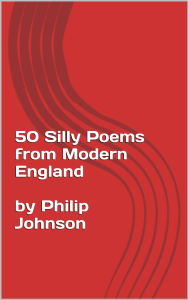 SPS: So, tell us about your debut release, and where your inspirations came from?

PJ: It’s very observational, in the way that stand up comics look at an everyday issue, say traffic wardens or traffic cones, and then analyse how ridiculous some of their practices and procedures are.

SPS: Is there a general underlying theme to the collection or is it more an eclectic mix?

PJ: Quite eclectic really, it’s probably reflective from the viewpoint of someone middle-aged looking back on those golden teenage years when everything was a possibility but there’s also adult stuff too relating to, say,  the workplace or our awful tastes in music or dress-sense.

SPS: Do you have a favourite poem in the collection?

PJ: Probably ‘Twits on Twitter’ is the funniest, I noticed just yesterday that the UK comedy writer Barry Cryer is doing a  tour where he points out silly Twitter comments, I would have called the poem ‘Fools on Facebook’ but I feared upsetting too many people I know who use that medium ! I also like 1975 – it’s very nostalgic and just after I wrote it a band from Manchester came good who call themselves ‘The 1975’ – ironic?

SPS: What feelings are you looking to invoke in the reader?

PJ: To reflect on everyday life really, have stuff pointed out to them, and to maybe notice that a lot of society’s ‘norms’ are not particularly that normal!

SPS: What sort of feedback have you received on the collection?

PJ: People say “yes, in that poem, you wrote exactly what I think – it’s just that most of us never find the time to put pen to paper”. 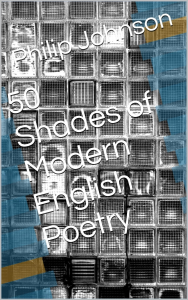 SPS: What can you tell us about your second collection, 50 Shades of Modern English Poetry?

PJ: It’s perhaps a little more ‘grown-up’ than the first book, I wanted to praise three large working-class English cities, my home Stoke-on-Trent, also Manchester which was once the centre of the globe in terms of industry, trade, commerce and then Blackpool which I remember fondly as a kid but it disturbs me that people ‘look down their noses’ at it, as if a trip to Blackpool equals misery and a shallow outlook on life. I was talking to a travel writer the other day and we worked out that there are several ways in which Blackpool is on a par with New York, Vegas and Paris in terms of entertainment but you’d have to find out for yourself! I also examine British institutions such as cricket, pantomimes and The Times newspaper and particularly enjoyed analysing how a lot of poetry is, dare I say it, ‘pompous’ in the way that everyday folk – including me – would find it difficult to decipher exactly ‘what’s going on’.

SPS: Did you do anything differently the second time around, with regards to your approach to writing and publishing?

PJ: I just used the same Kindle template to self-publish, being slightly techno-phobic I didn’t find it particularly easy but there’s usually someone in everyone’s circle of friends who can sort it out?

SPS:  Would you say the poems differ from those in your first collection in style or theme?

PJ: Just a little better-developed really and the poems are slightly better thought-out, extended and checked to a slightly higher quality I think.

SPS: Can you take a moment to tell us how you came up with the cover for 50 Shades of Modern English Poetry? 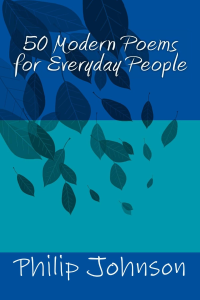 SPS:  Before we move on, can you let us now briefly a little about your third collection 50 Modern Poems for Everyday People?

PJ: I just thought I had a few more poems inside me and I considered that a third book would (conveniently) make it a sort of trilogy which I thought rounded the project off nicely.

SPS: It’s probably a good time to ask, what we can expect next from the pen of Philip Johnson, in fact will it even be the written word?

PJ: I do particularly enjoy reading the poems to a live audience, I’ve tried three of these open microphone sessions and I thoroughly enjoyed them so I’d like to concentrate on that now. My local radio station, BBC Radio Stoke, have had me on a couple of times also as well as a small community radio station, internet based, called 6 Towns.

PJ: Not really, I think we would all loved a major publisher to have ‘taken us on’ but after lots and lots of letters sent in demonstrating my limited talents, so to speak, there was no offer so I just got on with it independently.

PJ:It’s been very good, it’s an achievement, the writer controls sale-prices etc and there’s a nice Kindle device which shows you in graph-form how the books are doing.

PJ: I’d say the same as I’d say to anyone trying to be involved in any of the creative art-forms, which is: treat it as an enjoyable hobby, it gives purpose and structure to your hours as you’re putting the thing together but – due to a highly competitive market out there – you’re probably not going to make a career out of it so it has to be enjoyable. Any success you do enjoy is an unexpected but very pleasant bonus!

PJ: My cousin in London, Paul Baker, is a songwriter, he does very funny sometimes quirky songs, some of his football-related songs for big tournaments have been released and made it onto high-selling albums so I’d say he’s ‘one to watch’ !!

SPS: Thank you for joining us today Philip, and all the best for the future.

PJ: I’ve been very pleased with the service from the ‘Showcase’ so far, thank you Paul.

SPS: For more information on Philip and his poetry, please do visit his Showcase Author page here.