Interview – Rhani D’Chae, author of Shadow of the Drill 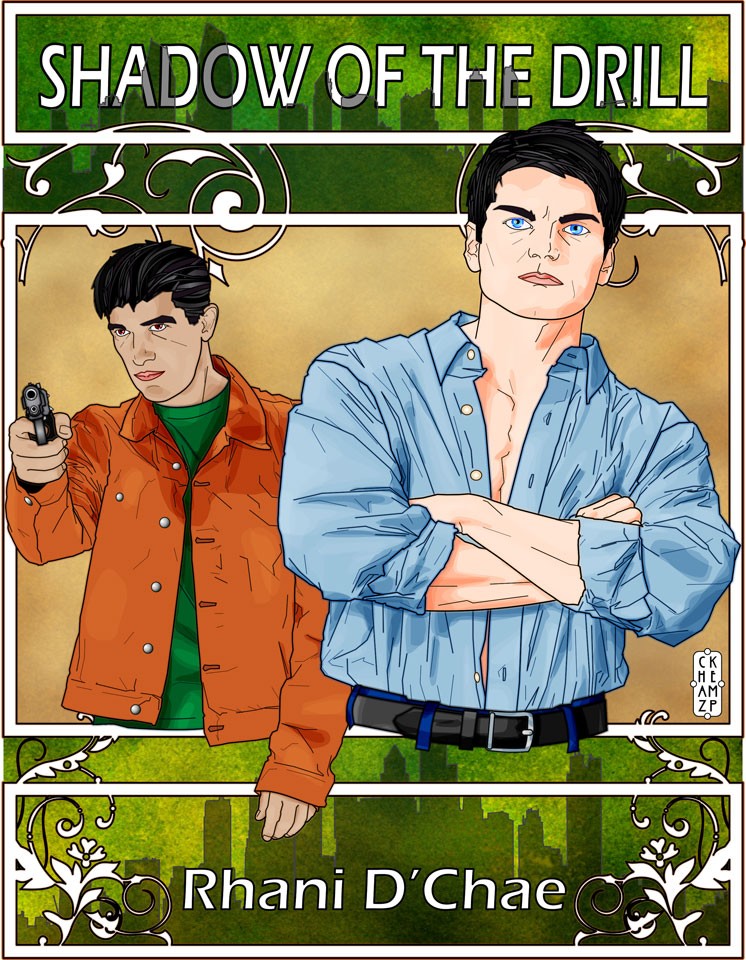 Self-Publisher’s Showcase: Today we are joined in the Showcase Lounge by the author of the hard-boiled thriller, Shadow of the Drill. Welcome, Rhani D’Chae.

SPS: We normally like to start things off with a bit of an introduction. So for those out there unfamiliar with you, can you tell us a little about yourself?

Rhani D’Chae: I’ve had what some would consider an interesting life. I started dancing when I was about 14, worked for a carnival when I was 16, drove truck for a while, ran an outcall dance service for a decade or so, managed to raise my son without killing him, and now I write about ruthless men who aren’t much better than the ‘bad’ guys they hunt.

SPS: OK, embarrassing first ‘novel’ time… Care to expand further on a ‘Star Trek Adventure’? And, is it possible to get a copy anywhere?

RD: NO! There are no copies anywhere thank God. Suffice it to say that I put pockets in the uniforms and it went downhill from there. There are still copies floating around out there of the original version of Shadow but fortunately for ALL concerned, the Star Trek book is gone forever.

SPS: Moving swiftly on… Shadow of the Drill is your first published novel. Where did the inspiration come from for such a gritty debut and how easy was it to write?

RD: In my youth I spent a great deal of time on the streets, making my money dancing in the clubs and in various other unsavoury ways. Massage parlours, peep shows, adult magazines and films – you name it, I probably did it. I became very comfortable in the street life, and counted among my friends several enforcers who later became the models for Decker and Rudy.

The first version of the book wrote itself but I realized after publication that it was crap. It was crap with potential, but…it was still crap. So I pulled it back and gave it a complete overhaul. The rewrite was harder because I went much deeper into the characters and pumped up the action.

RD: Getting the money! Then, the whole process of printing the book, which we did in my living room. I wrote it, formatted it, printed it, and then we cut the paper into half sized pages and laid them all out in order and packed them into boxes to take to the bindery. When I rewrote it, the hardest part was…everything! The copyediting service corrected DIALOG! Dialog, for Pete’s sake! Who does that? With my lack of vision it took me four months to fix what they ‘fixed’. And the rest of it wasn’t much better. But it was a learning experience and I’ll be looking a different way when it’s time to publish ‘Winter of the Drill’.

SPS: Can you tell us a little about the leading character, Decker?

RD: Decker is 6’5” and about 290 lbs of solid muscle. An unrepentant enforcer whose tactics have made him a legend on his streets, he has raised torture to an art form and makes it a point to never let a target slip through his fingers. Powered by logic, he allows little room for emotion while living his life at full speed with no apologies or regrets.

SPS:  You are currently working on the sequel to Shadow, with ‘Winter of the Drill’. What can we expect from Decker and Rudy this time around?

RD: Decker is hired to find a politician’s daughter who has disappeared into the skin trade underground. But trouble hits closer to home when a rival club owner sets his sights on Rudy’s nightclub and decides to take it by any means necessary.

SPS:  Once you finish up Winter, do you have plans to continue the series or would you prefer to start something new?

RD: I think it will depend on how popular the series is. Season of the Drill is about half finished but I also have a zombie book that I’ve been playing with so I guess I’ll just have to see what feels right when I get there.

SPS:  In getting to know you, we learned about the issues you have with your eyesight. How does this influence the way you set about writing?

RD: I’ve lost the majority of my vision to Diabetic Retinopathy, and in the last six months or so I’ve almost completely lost my ‘reading’ eyes. I need screen magnification, bold font, magnifying eyeglasses, and a hand held magnifying glass to get anything done. It’s time consuming and frustrating but apparently my computer is too old to use Dragon so I try to type what I can between long bouts of intense swearing.  I get injections twice a month and though I fuss on Twitter about the ‘eye needles’, I do believe they’re the only reason I still see at all. 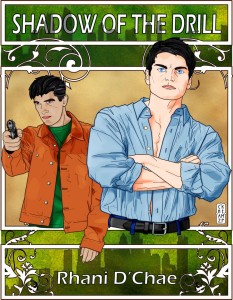 SPS:   We are big believers in unique, yet professional looking book covers, can you tell us about how the great cover for Shadow of the Drill came about and whose handiwork we are appreciating?

RD: The cover is great, isn’t it? Cover art was problematic because I didn’t know anyone who looked like the boys to pose for it, and though I might have found a workable picture online, the odds of finding the same models doing something different for the second book were not good. But, decades ago, I was a raving fan of a western series called ‘Edge’ and one of the things I liked most were the covers. They were pictures, not photographs, and each one showed Edge doing some sort of action scene from that particular novel. I found a page on Ebay that pictured several of the books and I asked the artist, an absolutely incredible man named Chaz Kemp, to take a look at the page and draw the boys that way. If you happen to see an ‘Edge’ book you’ll definitely see the similarities. The plan is for Chaz to do all of my covers so that the images of Decker and Rudy will be consistent.

RD: No, of course not. I had the usual dreams of my book catching the attention of a traditional publishing house, with a hefty advance and all that fun stuff. And who knows? It may still happen in some freaky parallel universe where I can see and bigwigs can’t help but notice the brilliance of my work, but if that never happens I’m okay with it. I just want to write as long as I can, and I do plan to be at my laptop with a box of Godivas and a bottle of Patron when the lights go out.

SPS:  Now once you’ve shared the Godivas… You are one of the more active authors on social-media, how much do you enjoy the interaction? And, how much help do you find sites such as ours provide?

RD I love the social interaction on Twitter and Facebook. I love connecting with people and talking, especially about writing. I RT often because I do believe that the more we help each other, the more we all succeed. I have great respect for sites like yours that help people get their work noticed, and I am so incredibly honoured to have a place in your world.

RD: Oh, First and foremost, Patrick J Russell, who was one of my first friends on Twitter. He’s an amazing man who goes out of his way to promote artists of any kind. James Fox, Jim Weatherford, and Miranda King, three incredible writers who have blessed me with their friendship. James, my seeing eye son, and Vladimir Kulich who, more then a decade ago, allowed me to see Decker’s face for the very first time.

SPS: Thank you for joining us today Rhani, and good luck with Winter of the Drill.

RD: Thank you so much for having me, and for the support that you’ve given me.