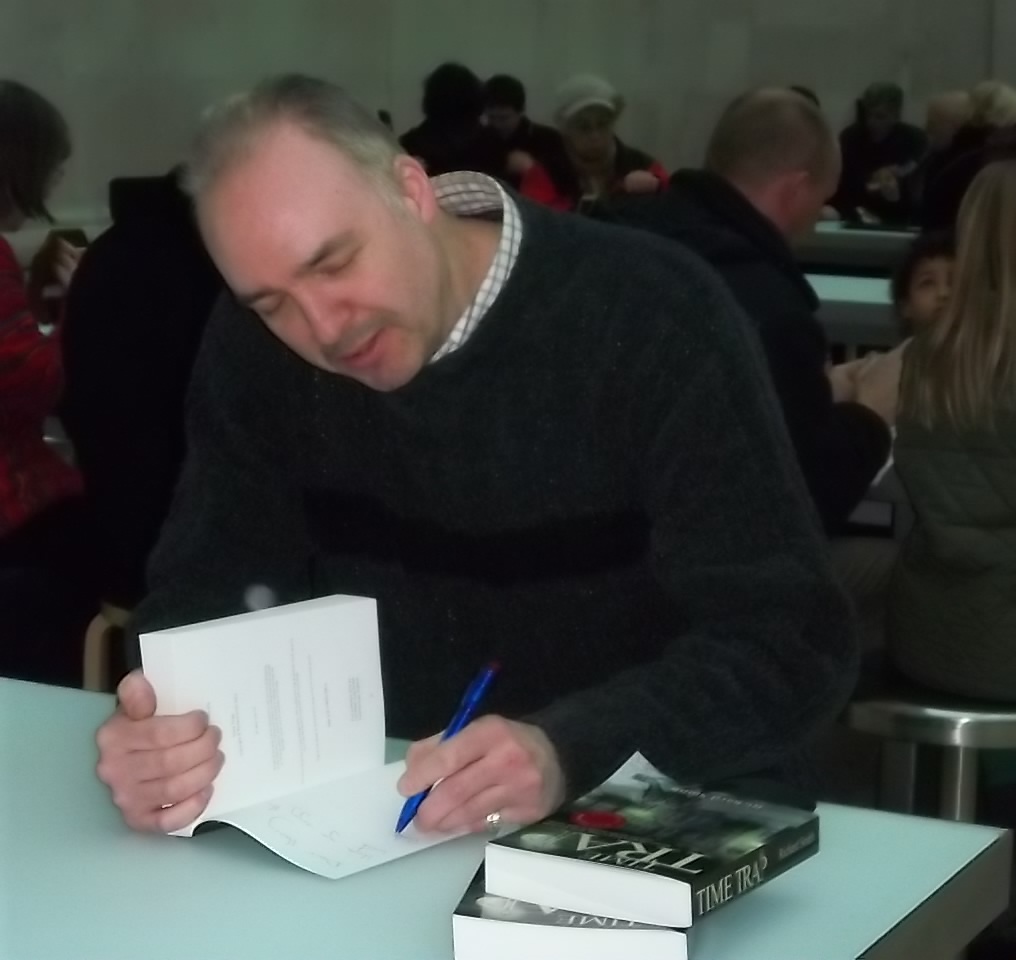 Self-Publisher’s Showcase: Today we are joined by Richard Smith, author of Time Trap. Welcome to the Showcase Lounge, Richard. For any of our readers that haven’t come across your work previously, can you take a moment to tell us all a little about yourself?

Richard Smith: I’ve been writing stories since I was nine, whether it was school work, or for my own pleasure, I always enjoyed it. I kept up the writing after leaving school, and came up with Time Trap about 18 years ago. A long time, I know, but the story has had three plot changes through the years until I finally got it right. I work as a building manager now, which allows me to write my current book.

RS. Writing in the office where I work, is perfect for me. The times I write can be pretty sporadic, but lately, working on the current story, has been every day, for about an hour.

RS. After the many rejections from publishers and agents, I decided to self publish, especially as I thought the story was good enough.

RS.Two of my passions are Victorian London and time-travel, so it was inevitable I’d write a story combining the two subjects. 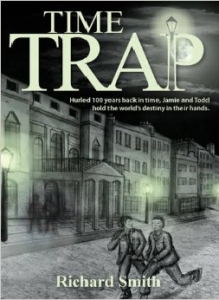 SPS: Can you take a moment to tell us all about your debut release Time Trap?

RS. Time Trap is a book of coming of age for Jamie and Todd, especially Jamie; he wants to be in Todd’s gang, and feels left out. So he takes Todd to see a secret laboratory under the British Museum, but a time-travelling device sends them back to 1862. They soon join a street gang to survive the cruel times, which is completely different to Todd’s gang. When they eventually find Hector, the inventor of the time-travelling device, they uncover a sinister plot, and they soon hold the world’s destiny in their hands.
There is also the London walk connected to the story, the Time Trap Trail. Readers, after finishing the book, can visit the locations featured in the story, and once completed, will receive a certificate to print off.

SPS: What made you decide to publish a story for children?

RS. It was never really intended; I wrote the about subjects I like (always write about what you like and what you know) and soon realised it was a children’s story. A lot of people make the mistake, that writing for children is easy, but it’s not, it’s the hardest; children are tough judges.

SPS: There is obviously a lot of research that has gone into the novel. How long did the whole process take?

RS. As I mentioned earlier, Time Trap has taken around 18 years, but it’s been worth it.

SPS: Is the book meant purely to be a fun read, or are there lessons to be learned?

RS. Mainly, yes, but there is one thread running through the story: Jamie’s longing to join Todd’s gang, but at the end, he is at last, offered a place in its ranks, but Jamie has a decision to make…

SPS: Are there plans to further cover the boys’ adventures?

RS.After self-publishing Time Trap, I said there wouldn’t be a sequel, but recently, a plot has been forming, and it looks like I will be working on a TT sequel, after finishing my current book, so watch this space!

SPS: Do you have a favourite review of your work?

RS. I like all the reviews. (and they’ve all been favourable)

RS. The book I’m writing at the moment: The Darziod’s Stone – a darker story aimed at older children

RS: No, I tried to get a publisher/agent, but never succeeded.

RS. Every time someone tells me they enjoyed the book, it always seems worth it.

RS. For most, writing is a hard and sometimes lonely past time, so be ready for it. Though the rewards can be so satisfying.

RS.I would like to give thanks to Pat Richardson, of Perfectly Worded, who, without her great help in editing TT, the book would never have been self-published.

SPS: Thank you for joining us today, Richard, and all the best for the future.

RS: Thank you, it’s been a pleasure.

SPS: For more information on Richard Smith and his work, please do visit his Showcase Author page here.