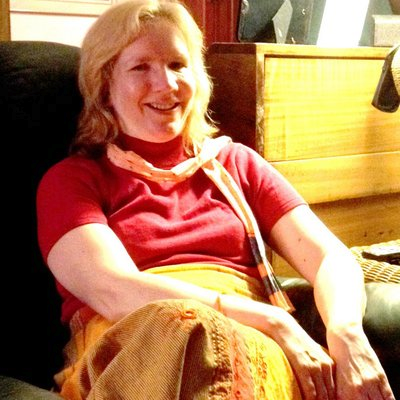 Self-Publisher’s Showcase: Today we are joined by Wendy Shreve, author of the Shadowwater series. Welcome to the Showcase Lounge, Wendy.

Wendy Shreve: Thank you for having me.

WS:  Yes. I grew up in a household that embraced the “global community,” before the label existed. We were always encouraged to see movies, read books and learn about many cultures. I live on Cape Cod, my muse. Along with novels, I write blogs, editorials, articles for e-zine magazines,  poetry, and do occasional copywriting. Living near the sea also inspires me to paint, do photography, and participate in environmental causes. My complete bio is available on my website: www.shadowwater.net

WS:  I need peace or background music. When I’m focused I get ornery when interrupted. I’m always writing—a blog, my journal, etc. Luckily, my boyfriend has a sense of humor.

WS: When I received positive feedback from my toughest critics.

WS: First, Cape Cod. Life here is dynamic. A nor’easter (gale) comes in and the landscape changes. Yet, there’s also comfort in the rise and fall of the tides, the toughness of Cape Codders (native-born) whose families have lived here for generations. These aspects and a fondness for the supernatural and mystery, both in books and film, contributed to my writing about the paranormal (though I like the term “preternatural” better).

WS: I’m eclectic. I’ve had a variety of experiences and pursuits. I’m like a sponge and absorb the world around me vis-à-vis my senses, especially the visual. Moreover, my literary influences range from the Arthurian legends by E.B. White, Once and Future King, a dash of Twilight, Shakespeare’s Macbeth, Elizabeth Peters’ mysteries, to D. H. Lawrence. Daphne du Maurier, Ernest Hemingway, and Edgar Allen Poe. However, Norman Maclean’s masterful prose in A River Runs Through It influenced me to pick up my pen. I read his novel for pleasure when I attended graduate school at the University of Montana. 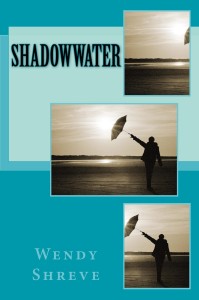 SPS: Can you take a moment to tell us all about your debut release Shadowwater?

WS:  Controlled whirlwind, I’d say. Several friends read and liked it, but it needed tweaking, which I did. I then launched it through author talks, panel discussions, interviews, self-promotion, going door-to-door (bookstores) and selling Shadowwater at outdoor festivals and the Cape Cod Writer’s Center.

SPS: What led to the focus on Native American lore?

WS: First, from an early age I’ve had an interest in the history and stories of aboriginal people, such as the Iroquois nation in New York State where I grew up. And, James Fenimore Cooper’s The Last of the Mohicans had a profound effect on me. Second, I studied English and Linguistics at the University of Montana where I learned about Native American oral tradition and tribes such as the Blackfoot Indians. Finally, once I moved to Cape Cod, I began to study Wampanoag culture, which contributed to the creation of Shadowwater. In the novel,I wanted to be as close to the Algonquian/Wampanoag folklore as I could. We are all interconnected through our stories.

SPS: What can you tell us about your protagonist Lili Ribault?

WS: Lili is a semi-successful supernatural writer, who once use the pen name “Stephanie Kane,” an allusion to Stephen King. Lili chooses another pen name when she decides to write again on the Cape, the last name Ribault, (taken from her ancestor, a Huguenot refugee who believed to be a witch). She wants anonymity but that doesn’t last long.

Lili also hopes a new location will help her overcome past traumas. Although Lili has found her soulmate as Shadowwater opens, she hasn’t found herself. For example, she becomes uneasy with her newly discovered talent with birds, especially in the sequel, Dark Sea.

SPS: An author’s debut work often contains a fair amount of the author in the characterisation, is there any of you in Lili?

WS: Lili has semi-autobiographical elements, e.g. Lili’s a writer, lives on and loves Cape Cod. Her character sprang, in part, from my own desire to make a new life here. Moreover, I believe everyone has had moments in their lives when they feel themselves slipping out of control; that’s if they’re honest with themselves.

SPS: Which other characters should readers be on the lookout for? Do you have a favorite?

WS: Ah, well, there’s something of me in every character. Lili is a favorite as she continues to evolve and take unpredictable directions with each book. Readers should be ready for surprises for all the major characters.

SPS: How has the reaction been to your work, and do you have a favorite review?

WS: After reading Shadowwater, fans clamoured for a sequel. Yes, I’ve received two reviews from Midwest Book Review and The Barnstable Patriot. The latter, being Cape Cod’s oldest independent newspaper, has more significance to me. 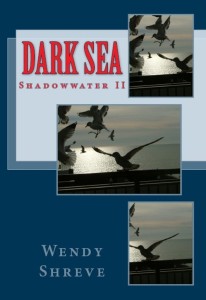 SPS: What can a reader expect as the story continues Dark Sea?

WS: The book begins with a fatal plane crash that initiates the usual procedural investigation. As the story progresses,  Rusty Keenan (reporter and friend of Lili’s) thinks “outside the box.” Is mechanical error involved, tampering or could there be an unnatural element? Meantime, Lili Ribault is wrestling with her new-found power. And, a visitor to Cape Cod forces Lili to face the truth about herself and her relationship with Cal, Sitting Crow, Green. Familiar characters continue to grow, face obstacles as new mysteries and adventures engage the reader.

SPS: Did you find the process easier second time around?

WS: Actually, more difficult. Picking up where Shadowwater left off without giving too much away, and bringing in more paranormal elements while maintaining the integrity of the characters presented more challenges than I expected.  I also made the decision not to make Dark Sea a stand-alone book.

SPS: What’s next on the self-publishing horizon for yourself? A third book in the Shadowwater series, or something different?

WS: I’ve already started writing the third book in the Shadowwater series. I had planned to write a trilogy, but may continue the story if inspired and fans continue to enjoy the characters.

WS: No. Years ago, I attempted to get an earlier ms. published. I found an agent willing to read it, but the story was too urban for her tastes. With Shadowwater, I realized that I’d have more creative control, marketing flexibility and fewer expenses if I self-published.

WS:  The creative process has been exhilarating, editing frustrating and promotion daunting, though I had several years of marketing experience. Self-Publisher’s Showcase has been excellent. Other services not as much. Moreover, I learned that paying for a recommended, professional editor, for example, doesn’t guarantee you’ll get one.

WS: Don’t listen to people who say you’re too young, old or inexperienced to write. If you have the desire, the drive and the ability, then do it. Sometimes writers will go years without believing in their talent because they might learn the process differently than others. Only when I started to teach English, did I understand the tapestry of a story. When I discovered I’m a visual/kinaesthetic (tactile) learner, the fog cleared and I began to create fiction.

WS: I read non-fiction and fiction. Loved Michio Kaku’s The Physics of Impossible. And, I checked out Anne Rice’s The Wolf Gift not long ago. Fun, retro horror without being too gory.

SPS: Thank you for joining us today, Wendy, and all the best for the future.

WS: My pleasure. Thank you.

SPS: For more information on Wendy Shreve and her work, please do visit her Showcase Author page here.