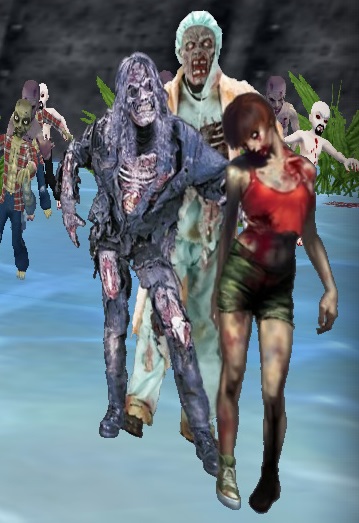 Create a zombie-themed haiku and enter to win a zombie prize pack!

For the purposes of this contest, haiku is defined as a three line poem where the first and last lines have exactly 5 syllables and the middle line has exactly 7 syllables. Punctuation is optional. Here’s a sample to get you started:

Decaying and lost
Hunger gnawing at my core
No flesh satisfies

The Top 3 Entries will win a zombie prize pack, including:

A signed copy of the book “Fame” by Trista Wilde
A signed photo of author Trista Wilde
A 10-pack of zombie movies*
Your winning haiku will be featured in the online magazine: Zombie Guide Magazine
* The zombie movie 10-pack includes: