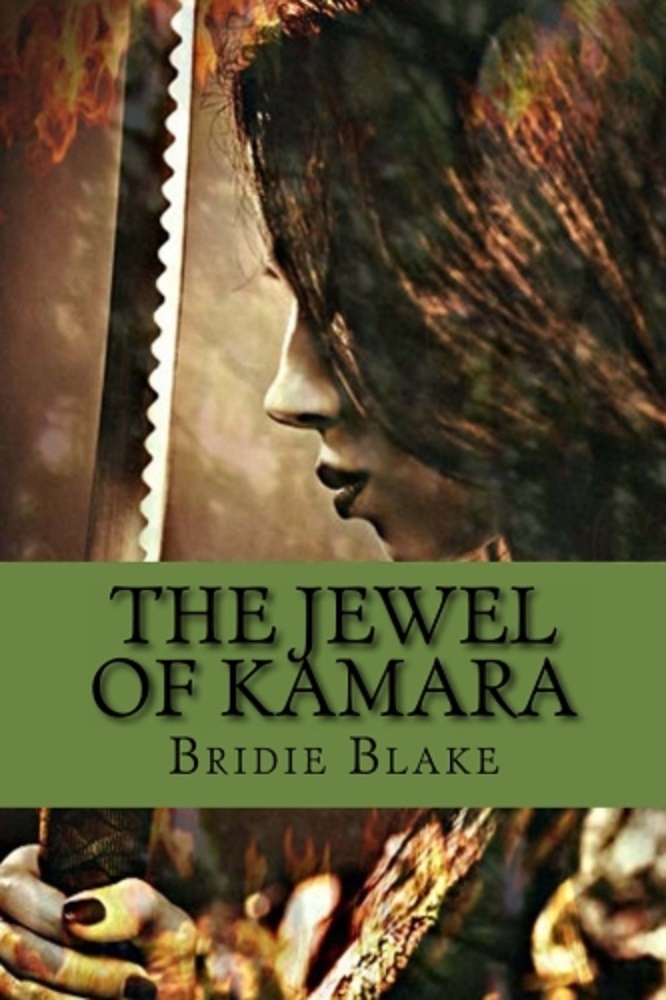 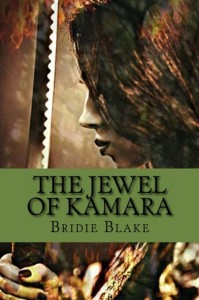 Following the story of Tempani of Amarill a mixed race noblewoman trapped between two worlds, The Jewel of Kamara (Book One in The Delthenon Chronicles) is an enjoyable fantasy story that deals with heavy every day themes in a powerful way and interesting way.

Beginning as Tempani is called back to her father, Sir Otto’s, home in the city from the Convent where he sent her shortly after the death of her mother, Hamalia; everything changes greatly for Tempani and it allows the author to have the chance to explain this world to us without it seeming like a lot of unnecessary exposition.
Her arrival back to the Royal Court shows us and her that much has changed and she finds it difficult to go from a world where women are allowed to practice magic and work as healers within the walls of the Convent to a place where for a woman to use magic means a death sentence. The boy Princes she knew as a child are now men and she is able to fall easily back into friendship with the younger one, Teddy, as if she never left. Nic, on the other hand, first in line to the throne and an arrogant child she had no love for, is something of a complication. He tries to court Tempani but she cannot see beyond his past failures and refuses to listen when her brother Chae, Teddy and her other friends try to tell her he has changed.

Inevitably Tempani falls for his charms but while he does not care that her bloodline entwines Kamari and Kalaowin, the commoners and nobles of Kamara do and riots and plots begin to interfere with their blossoming relationship.

While assisting a local healer, Tempani unleashes a burst of power so strong it begins to draw other women to her as decreed by the prophecy that states a woman from both worlds will unite the people and end the oppression. Unable to wait any longer to stage a rebellion against the Kingdom’s divisions of race and class, Tempani, aided by her father’s close friend Darby, flees the city and begins her quest.
The plot is heavily laced with race inequality and gender inequality and Tempani’s experience of this as well as the reactions of those around her is handled brilliantly by Blake. Despite the Kamari belief that women are second class to men not one of the female characters comes across as a stereotypical swooning damsel in distress as is often the case in stories with those kind of gender divides.

Tempani herself is on a par with Katniss in the Hunger Games, Arya in Game of Thrones, Sabriel in the Old Kingdom series by Garth Nix and Lyra in the His Dark Materials books. She’s a warrior with a heart and there is an equal balance of power and emotion in her creation. Thankfully all of the Jewel of Kamara women are blessed with this rounded representation and even Dahlia, who had the potential to fall short of this when first introduced, on discovering Tempani’s true identity is ready to give up her dreams of settling down and follow her friend in to battle.

I was however a little disappointed with the decision to set Tempani in the settle down and have a baby bracket by the end of the book. I feel as though Blake has not given her protagonist enough time to settle into her role as the Shiasa of the Kalaowin tribes and Queen of the Kamari people. After having been so ferocious at the start and ready to die for her cause it would have been nice to see her dealing with the struggles amongst the two communities as they integrated and the Game of Thrones style politics that seem rife in Kamara in her own unique way without this added complication.

I had few issues with The Jewel of Kamara but I think the main problem was Tempani choosing Nic as her partner. The relationship does not seem convincing to me and he still read as the spoilt little boy Tempani hated and it seems Blake has just conveniently overlooked this so her character can fall in love and live happily ever after which just doesn’t fit with Tempani’s nature. No matter how much Tempani claimed to be in love with Nic and to be marrying him for that reason it still felt as though this was nothing more than a strategic move on her part – how else can she unite her two people if not through marriage to the King? Teddy’s fate also didn’t sit well as the destruction of his character seemed a bit like kicking a puppy. There was no real logic to it and I don’t think it really served a purpose to the story.

Overall, The Jewel of Kamara is set in a solidly created world with a set of rules that fall between fantasy and reality with an equal and easy to understand balance. The characters all have fully rounded lives and personalities without exception (Bhatia is probably my favourite effort in this novel) and although there are some things that fall short of expectation or don’t quite add up I am very interested to see what Tempani and her friends achieve next.