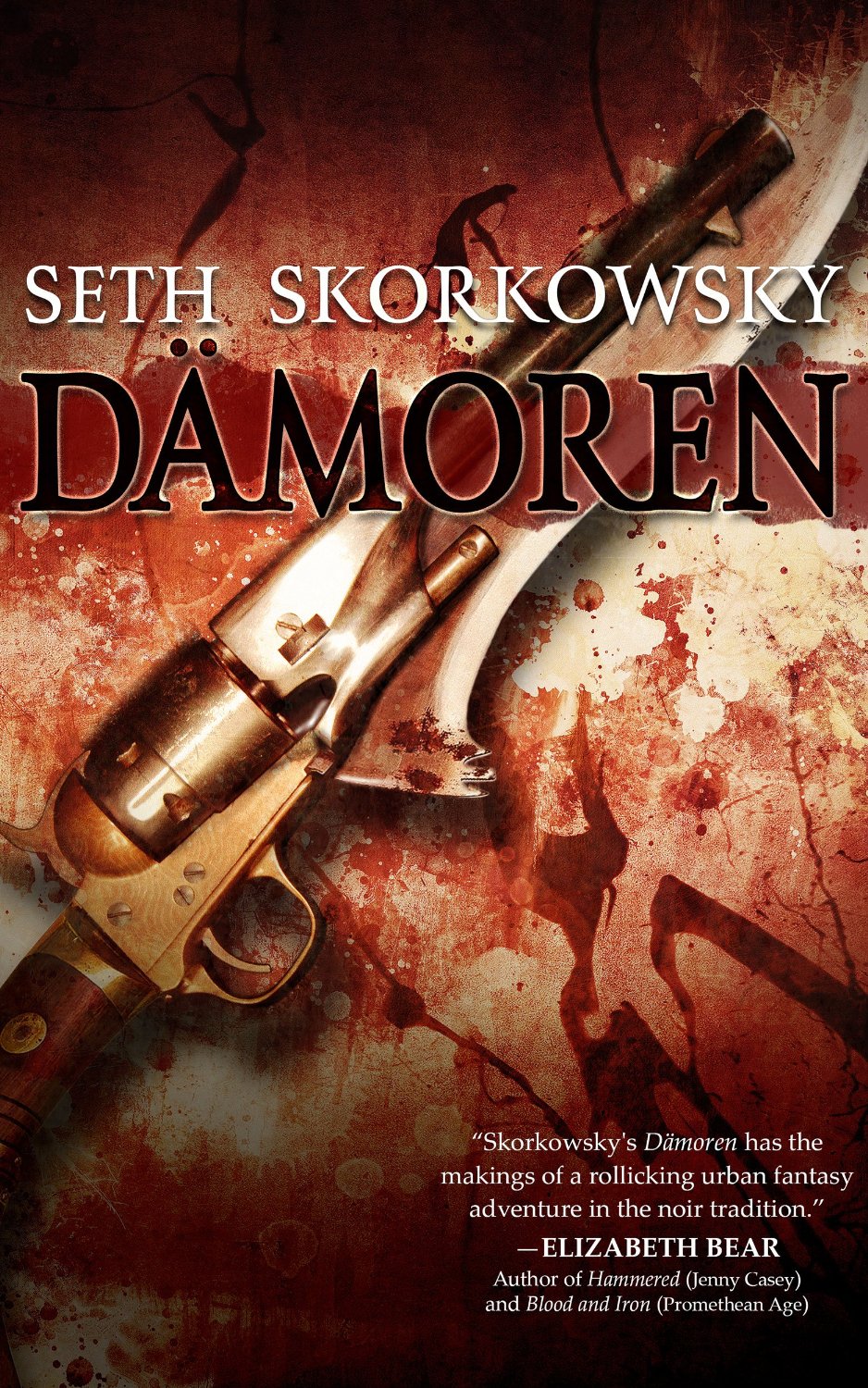 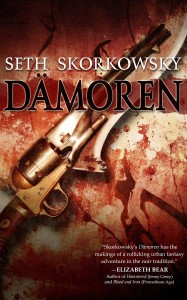 “Fourteen years ago a pack of wendigos killed Matt Hollis’ family and damned his soul. Now, Matt is a demon hunter armed with a holy revolver named Dämoren.”

Dämoren: the first book in The Valducan series and the urban fantasy debut of Seth Skorkowsky, it is fair to say, is one hell of a ride! As Skorkowsky’s novel begins with the aforementioned Wendigo attack on Hollis’ family, two things are immediately apparent: there is going to be some no holds barred gruesomeness going down; and Skorkowsky is a very, very talented new writer.

Fast-forward fourteen years from the prologue, and we’re dropped into something that feels similar in style to an episode of Supernatural. Hollis, the hunter, has traveled across the Canadian border on the trail of a demon armed with his holy revolver, when rather than meeting said demon, he is introduced to a couple of members of The Valducans, descendants of a Holy Order. It turns out that the holy weapon-wielding order are facing a crisis like never before, and weapons and members are being destroyed at an alarming rate. Hollis being the current owner of the holy weapon, Dämoren, is persuaded to join the battle, and with the assistance of the Valducans the fight is taken to their demonic nemesis.

Skorkowsky’s tale proceeds to pick you up by the seat of your pants and take you from North America to major cities of Europe, as clashes occur and members fall; the enemy always seemingly one step ahead. As Dämoren concludes in Italy the action peaks, and I can honestly say I thought I had an idea of where it was all going, and how things would be tied up. It turns out I couldn’t have been more wrong. The ending to this book is nothing short of totally superb.

Dämoren as a whole is very accomplished piece of work. Skorkowsky skilfully avoids the need to make his protagonist either overly whiney or so full of himself it’s nauseating. Matt Hollis is fully aware of who he is and what he does, and that takes away the need to make half of the book one of self-discovery.

That Mr. Skorkowsky’s debut release is so utterly consuming, leads me to believe that before too long bookshelves across the globe will be accosting and brutalizing their owners if his name does not reside on their shelves…