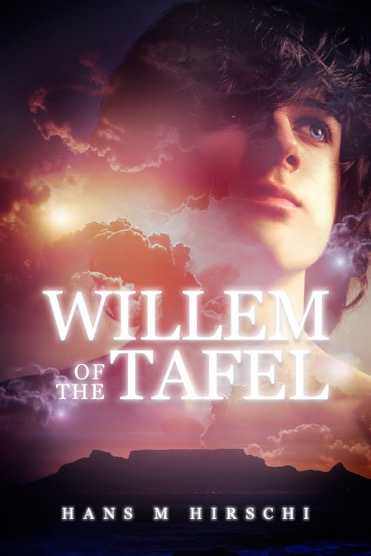 When I first picked up the book, Hans M Hirschi’s Willem of the Tafel, I  realised that I had already read and enjoyed another book by the same author, The Fallen Angels of Karnataka (reviewed here) so I hoped I was in for another hard-hitting but wonderfully characterised story. I was not wrong but this time there was a sci-fi twist.

It’s a post-apocalyptic earth, centuries after a great nuclear war and climate change disasters have wiped out most of the northern and southern hemisphere. The people of the Tafel, dwell in caves deep underground, fearful of the poisoned world above. There are two races, the Ghosts and the Shadows, and three main tribes – engineers, doctors and botanists – and everything is strictly run and regulated as they must survive on only what they can produce underground.  Food growth is done in large caverns via heat/light lamps, with diseases bio-engineered out and as much nutrition as possible engineered into each crop. Human procreation is strictly monitored to try and keep the population going without overly interbreeding the diminishing gene pool. Slowly over the 400 years since the war, the Shadows have gained supremacy in the Council and the Ghost population is dwindling both physically and in standing in the community.  The Ghosts have also started to be blamed for bringing down the rest of the population by using up their resources and not being productive in society, so much so that it is deemed by the council, made up of 3 Shadows as tribal heads, that the procreation programme for Ghosts is to be stopped.  Willem is the last of the Ghosts to be born into the community and, at 18, is working as an oranje farmer in the orchard caves. He has started to let the light onto his skin, something which is against the rules, making him feel better and stronger and is sunbathing when one of the Shadows, with whom he grew up, finds him but is killed in an accidental fall before he can report it. Willem is tried for his death as a murderer and sentenced to banishment to the surface for 10 years, which means, to the people of the Tafel, certain death.  As he is thrown out of the heavily armoured door though, with no protective gear or breathing apparatus he makes a major discovery, the first of many…

As I expected Hirschi pulls no punches when tackling the bigger issues. The sci-fi/apocalyptic background to the story allowed racism/discrimination to be tackled with the Ghosts and Shadows being future echoes of the all to recent past of South Africa, where a lot of the book is based.  Indeed Hirschi goes as far as to specifically mention Mandela and the apartheid movement as part of the ancient history and “mistakes” of the country. However, where it could have come across as a bit preachy, he manages to keep it more matter of fact and the story expands far beyond being purely racially based, which I was concerned about to start with.  Many other “controversial” subjects are handled equally as sensitively and rationally, like homosexuality, climate change and the over-reliance on both fossil fuels and technology with its subsequent kickback.  As with Fallen Angels though, it is the characterisation that makes this book highly readable.  Willem and his partner Hery are wonderful together as you would expect but all the interactions between the peoples of all the different races and generations are very believable and you really get a feeling that they’re trying to work together to avoid the errors of the past.  Of course, in the real world, I doubt we will get this level of cooperation until the worst has already happened and the earth really is in a post-apocalyptic state.  That’s the main thing that this book does… it makes you wonder “what if…”