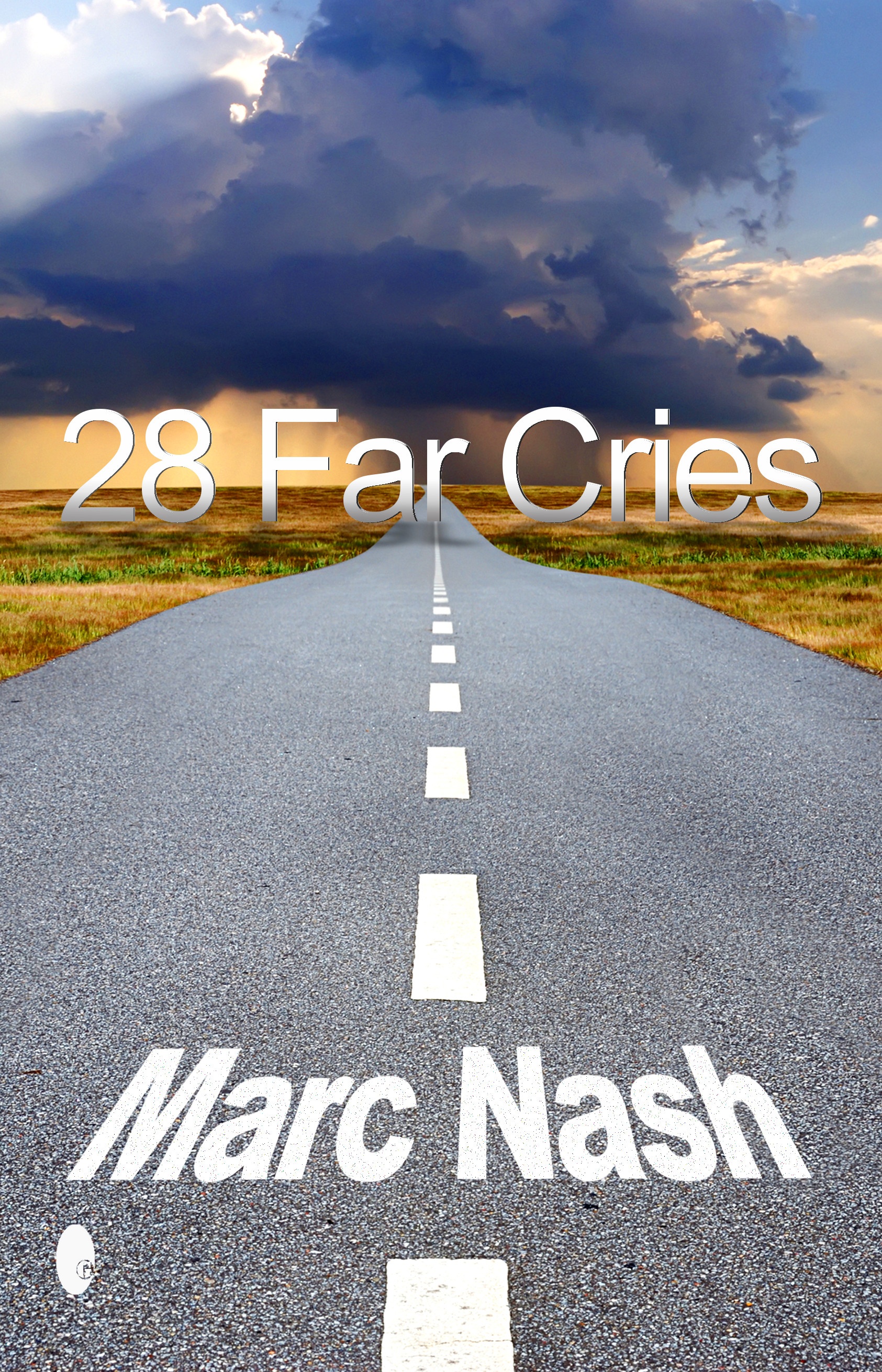 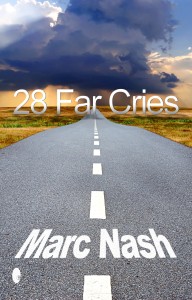 The phrase ‘a far cry’ means something that isn’t quite as you expected it, that a once familiar thing has somehow twisted on its axis until only a faint glimmer of what it used to be remains. Even separating the words up so we have ‘far’ (something that is away from us) and ‘cry’ (either something resulting from an emotional reaction, or a large sound that is make, usually to call attention to something) which when combined back together reveal a meaning of examining a reaction or event from afar, detached from our emotions.

Why start a review with a deconstruction of the title itself – well it’s because having read some of his past books and chatted to the author himself, Marc Nash is a pretty clever dude who never really writes things conventionally. After reading this anthology I’m in a slightly heightened state of mind anyway. No doubt that’s the point of it. Let me try and explain.

28 Far Cries is an anthology in the traditional sense of the word. It has 28 short stories, which range from a soldiers’ story to one about werewolves. Well, perhaps. That may just be my brain fitting his words to patterns and trends it is used to – a lot of the short stories here are allegorical and leave you to decide exactly what it was you just read. The rest are completely the opposite, stating in no uncertain terms that THIS STORY IS ABOUT THIS THING. It results in an odd mix certainly – your mind sent wandering off to further reaches of imagination by one short before being brought crashing down to earth in a straitjacket by another. Perhaps that the point, a dark chuckle, or else a conscious direction of your thoughts by the writer. But it was distracting regardless.

Despite all that though, it is a collection I would recommend. Each story seems catered to evoke a certain emotion or mood. Like a surgeon fiddling with your heart valves, Nash has chosen the words of each story, chiselled away at the extraneous and come away with a work that feels complete. Even if it does feel slightly morbid at times, there’s always a touch of humour to that morbidity, Nash taking a self deprecating swipe at his own style of writing with a wink and a grin.

In the end, I can recommend 28 Far Cries on the strength of its prose. Unless you have a very dark sense of humour you may find it difficult to make it through in one sitting as I did. Perhaps that’s for the best though. If I’m still thinking about the anthology three weeks after I read it, that means those who read one short a session could be pondering its mysteries for years.

No doubt what Nash intends.