Posted Dec 2 2019 by Paul in Interview with 0 Comments 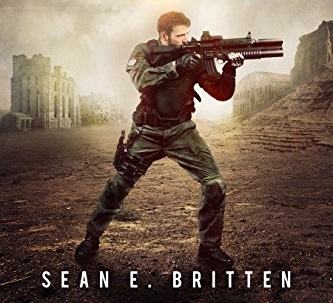 Self-Publisher’s Showcase: Today we are joined by Sean E. Britten, author of the Kill Switch series. Welcome to the Showcase Lounge, Sean.

Sean E. Britten: Pleasure, thanks very much for having me! 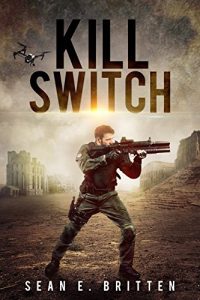 SB: Absolutely, I started out in the zombie apocalypse genre in 2015 with Wave of Mutilation and write mostly horror or science fiction with a heavy action focus and a lot of dark humour. My most recent books are the third and final entry in the Kill Switch sci fi series where criminals are pitted against one another in a futuristic death match and Tik, about a bunch of tourists being attacked by Filipino vampires in Mexico.

SB: Usually first thing in the morning. Sometimes I’m up at 5am so I’ve got a solid couple of hours before I have to get ready for work, with some quiet and a cup of black coffee. Realistically though, I will and do write anywhere I get the chance, on trains, planes, I used to have a notebook sitting on the bar or counter so I could write between orders back when I worked hospitality. I try to write every day, in fact I jot down the amount of pages I’ve written on a given day and ‘score’ it to keep myself on track.

SB: I started writing, fanfiction, back when I was about 12 or 13, and needed a creative outlet. I don’t remember precisely when I decided I wanted to be a published writer but it was a dream for a long time and I think it sprung out of that same impulse not just to share my work but be a part of something.

SB: Originally I wrote a lot more straightforward crime fiction, and a lot of what I’m writing still has elements of that. Horror and especially science fiction lets you take those things you’re interested in and really blow them out of proportion, make things bigger than life. I think that was the attraction, especially when you’re writing about people’s nastier impulses. 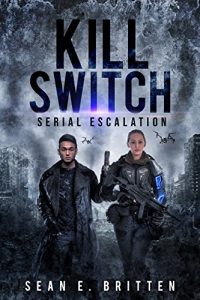 SB: Voice, or tone, I hope. I have a fairly dry sense of humour and I like to think it comes through with pretty much everything I write, even when things get a little dark.

SB: Everywhere, it may be a trite answer but certainly the most unlikely things can inspire you. Reading a lot helps, of course. Kill Switch is, at heart, satire, so it takes a lot of inspiration from real life and from common tropes in media.

SB: One that I’m particularly proud of was in Wave of Mutilation, there’s a certain scene with a dog. My girlfriend said when she reached that point she had to stop, set the book down and walk away for a bit. Officially, I’ve received some terrific reviews and it would be unfair I think to pick a favourite, but certainly I was really thrilled to get some for Kill Switch that really ‘got’ the vibe I was going for as they are a bit wild.

SB: With the third and final Kill Switch out I probably won’t be rushing into another self-published work too soon, just take some time to focus on getting it out there and relationships with readers. There’s another series I’m working on at the moment that I’m hoping to take the mainstream or indie publishing route when I feel more confident in it.

SPS: Was the self-published route always your preferred route for your work?

SB: No, I did originally have a contract for four books with an indie publisher but they ended up doing some stuff I and some other people didn’t really like, it was a small controversy at the time. I figured, self-publishing, how hard could it be? 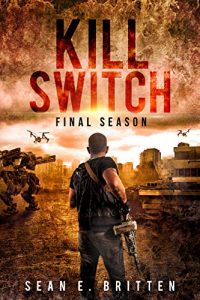 SB: It turns out self-publishing is very, very hard.

SB: Writers’ write, spend some time planning the world and the story if you must but the important thing is the writing. Don’t worry too much about where it’s going or what you’re going to do with it, whether people will want to read it or if it’ll sell. Got some words down on a page? Congratulations, you’re a writer.

SB: C.T. Phipps is fabulous, I really enjoy everything he puts out, Allan Batchelder and the Immortal Treachery series, Keith McArdle and the Ironstone Saga. There’s some great indies and self-published folk out there.

SPS: Thank you for joining us today, Sean, and all the best for the future.

SB: Much appreciated, thanks for having me.

SPS: For more information on Sean and his work, please do visit: