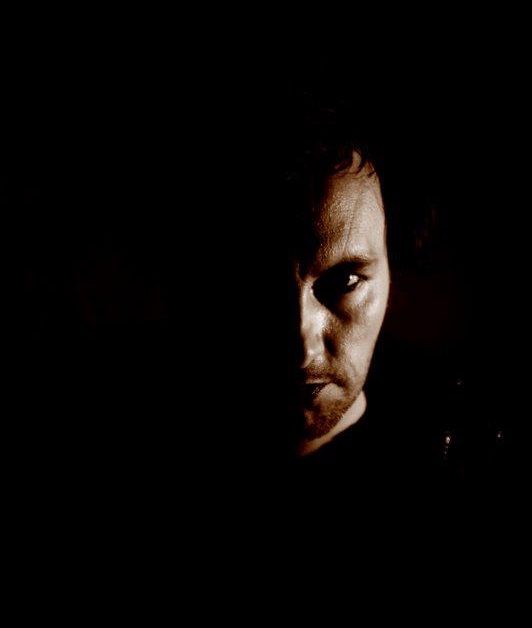 Self-Publisher’s Showcase: Today we are joined by T.W. Malpass, author of the Fallen Gods series. Welcome back to the Showcase Lounge, Tim.

T.W. Malpass: Thank you for having me yet again. It’s been a while, and I can see you have grown quite a lot since we last spoke.

TWM: Sure. I’m now forty years old and a little grey around the edges. I’ve been writing for publication for about eight years, give or take. It seems that I’ve taken to writing in two very different genres – horror and romantic suspense. It was never a plan to do that. I guess the stories I develop just tend to fit into those templates, but they really are a whole mix of genres when you break them down.

SPS:  So, how does it feel to have now completed your Fallen Gods series?

TWM: If feels like a release to be honest. I was living in that world with those characters for a long time, and there were periods when I couldn’t see the light at the end of the tunnel, but it was a personal book series for me, so I always managed to find the motivation from somewhere. Anyone who has written a series will know that there’s a voice in the back of your mind telling you you might die and never finish it, and then the previous books in the series will be pretty worthless. Writers tend to be neurotic like that.

SPS: Was there any temptation to continue the series on?

TWM: Quite frankly, no. I know that sounds like I’m glad to get it out of the way. In some ways, I am. It’s definitely bittersweet. You don’t spend so much time in the heads of characters without forming a strong attachment, but I think you can also build a kind of contempt for them as well, a feeling that you are locked together with them whether you like it or not. I suppose it’s similar to some of the doubts and emotional insecurities you have when you’re married or in a serious relationship. Did I already mention that writers are neurotic?

SPS: What would you say if anything, best differentiates the series from other authors’ work?

TWM: That’s an interesting question. I think the Fallen Gods Saga has all the tropes of most contemporary dark fantasy, but I think it takes those things in some very different directions. It is crammed with metaphor and there is quite a complex philosophy behind it all. I’m hoping that on a subconscious level it will upset people. That was certainly an intention. It looks at human beings through a misanthropic lens, but there is also hope there too. It’s just not that easy to find. If the reader is invested enough in the story, I think they will be willing to make the effort to look for it. 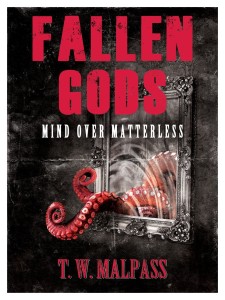 SPS: Can you take a moment to tell us all about your recently released third instalment Mind Over Matterless?

TWM: The series was my attempt at creating an immortality mythology. There are plenty of those around already of course, so drawing comparisons with religions was inevitable. However, I think Mind over Matterless takes that to a new level, previously unseen in Sanctuary 12 and Infanticide. I didn’t realise how biblical it was until I’d finished it. Much of it was a subconscious thing. I don’t want people to think I was trying to rewrite the Bible. It would be ridiculous to take on such a task. Although I have many issues with that book, it would be incredibly arrogant for a writer to think they could do that.

For fans of the first two books, I want to assure them that there are plenty of pay offs – many of which relate to sub-plots that began in Sanctuary 12. It’s also more action orientated, because the conflict that has been bubbling for so long is finally played out. I think there will be ups and downs for readers. There will be things they really wanted to happen and others they didn’t, which I think is a good thing.

SPS: Were there any particular problems you faced completing the series?

TWM: Absolutely. I found the second novel the easiest of the three to write, mainly because it acted as a bridge between one and three. Sanctuary 12 was difficult, having to bring together the stories of several different characters, but Mind over Matterless was for sure the most arduous. Trying to bring every story strand to a satisfying conclusion, whilst also ensuring that doing so won’t negatively impact on the overall themes, almost melted my brain at times. I just kept telling myself it was my own fault for setting things up that way and got on with it.

SPS: How closely would you say the finished product is to your earliest plans for the series?

TWM: Originally, the idea began as a single book. However, by the time I started to conceptualise it, I realised it was going to be much bigger than that. I’d decided on the ending for the third book before I’d finished the first, and that never changed. It’s exactly the same as I’d envisaged it. The most dramatic changes have been the characters’ journeys. As you live with them, they start to take on a life of their own and push you in different directions. I think that’s the case with every story you write, but especially so with this one.

SPS: Is there anything about the series you would go back and change if you could?

TWM: All of it! I’m joking. Certainly the first third of Sanctuary 12. I think many readers will appreciate I’m setting up the characters and their motivations, but it does drag its feet a little too much in that section of the book, and I completely understand if people find it hard going. My only advice is please stick with it.

SPS: You mentioned in your previous interview you may write a standalone in the same world. Do you still foresee any future work linked in to the same world?

TWM: As I said, the ending has always remained the same. It manages to deliver a satisfying conclusion and leaves enough there to return to it at a later date. If I do return to that world, it won’t be for several years, and I’ll only do it if people are still interested and I think there’s something more I can contribute.

SPS: You’ve mentioned previously your plans about going wide to other retailers. What influenced this decision and how are you going about it?

TWM: Recently, I’ve been much more attentive and focussed on looking at my fiction writing like a business. Although Amazon has the biggest pool of customers to reach out to compared to other retailers, the alternative platforms are growing all the time. Some Indies are doing really well on Apple at the moment, Barnes & Noble is the biggest book retailer in the US, if you can get a foothold with them, and platforms like Tolino are mining other international territories.

Some much larger minds than mine are putting together marketing strategies that only really work if you have gone wide. KDP can be very good for some authors, but there is a tendency to use it like a crutch, and I’m not sure whether that reliance isn’t harming the industry overall.

The other issue is about planning for the future. At the moment, Amazon is still stable when it comes to selling books, but there is absolutely no guarantee that it will remain that way. Some people forget that Amazon does not rely on just selling books. It pretty much sells everything, so if it were to drop books or ignore them to a great degree, it could quite easily focus on its other revenue streams. Whereas some of the other retailers exclusively rely on books to drive sales, so it’s in their best interests to give it all of their attention. If a big shift takes place, it’s much better to have already built relationships with the other retailers than have to start from scratch.

SPS: What’s next now the series is complete?

TWM:  I’m already well into my next romantic suspense novel. It’s called Rosewood Drive. It’s set in New Jersey in the mid-eighties and harks back to the early movies of John Hughes in its tone, but it’s also a bit of a reworking of things like West Side Story and Grease. The twist is that it centres around a pampered, middle class boy and a tough girl from the wrong side of the tracks, so it’s a bit of a gender-bender in that respect. I think it has a lot to say about class divides and gender identity. However, the main theme I want to capture is the all encompassing experience of teenage love – that perfect storm of emotions that are as destructive as they are seductive. I think those feelings of being the only two people to ever share such an intense experience and that it’s you and your beloved against the world is something that most readers will be able to relate to.

SPS: Any other future projects on the horizon?

TWM: Next year I have a book of short horror stories planned called Layers of Darkness, and then I will be writing a paranormal suspense entitled, As Good As New, about a man in the midst of a mid-life crisis who unearths an old jukebox when renovating a bar, which may or may not be haunted.

SPS: Thank you for joining us today, Tim, and all the best for the future.

TWM: It’s been a pleasure. Hopefully I can drop in again some time.

SPS: For more information on T.W. Malpass and his work, please do visit his Showcase Author page here.