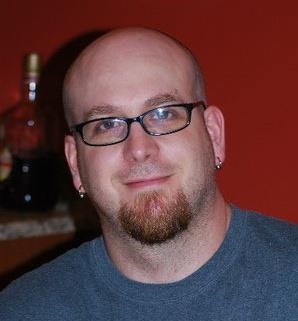 I work from Kentucky, USA, where we have majestic hills and beautiful land. I appreciate good whiskey and dark beer, so you’ll often find me at beer festivals or tastings. I live with my partner of 11 years, Michele, and four cats. 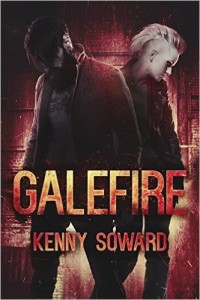 I released Galefire #1 on 12/15/15 and have since pulled it off the shelves to prepare it for re-release in January, 2017. While it has been an entire year since the first release, pulling it was necessary in order to properly plan the entire series. I spent 2016 revising it and also wrote another 3 books in the series. Having the series complete allowed me to make improvements in the overall story arcs which will thrill readers. Currently, I’m finishing the edits and should have Galefire #1 back on the shelves in January, 2017.

I wish I would have completed at least 3 books in the series before releasing #1 the first time. Not a huge mistake, but it forced me to make revisions that took a long time. Had I approached Galefire with the entire series in mind, it would have been a much smoother project. Lesson learned. Patience is an author’s best friend.

While I’m constantly learning, I’ve been able to tighten up my writing processes a great deal. I’m more consistent now, writing every day starting about 6AM and completing my sessions through the day. I look past putting words on the page for my own pleasure and think hard about how to please my readers. How to make them say, “Wow.” It’s a big shift that hits every writer at some point in their career, I imagine. That doesn’t mean writing more flowery but often means simplifying things, writing directly, and paying special attention to word choice. Saying what you mean.

I seldom have proud moments. It’s more like the satisfaction of accomplishing a long-term goal or discovering something about my direction and process. For me, it was the realization that I wanted to focus on creating book funnels for multiple books in a series rather than write and release a single book at a time. Putting my first story on Patreon was pretty great, too. Oh yea, I appeared on the Grim Tidings Podcast with Seth Skorkowsky. That was a major highlight of 2016. The guys at Grim Tidings are so fun to work with.

A beta reader for my Patreon stories commented on the improvements I’ve made since she first started reading me. She said I had a “sticky” style that drew her in. Otherwise, 2016 was less about releases and more about the prep work. I expect more interesting moments in 2017.

Aside from the aforementioned premature release of Galefire #1, I learned that doing some editing up front (editing what you wrote that day) can go a long way to solid story development and less time cleaning up small stuff later. I draft quickly and return to edit the scene at night to clean up passive voice, diction, and clunky sentence structure. The biggest learning of this past year was to have patience. To always improve my processes, to tighten the narrative, and be more efficient all around.

One thing will remain constant, and that is to write as much as you can. To practice and get better. Industry-wise, I think it is important to keep up with what’s happening, both genre-related and how to publish, then go out and try some things with the expectation you will make some mistakes. Don’t give up on indie publishing just because the road is harder. Scoring quickly with a major publisher doesn’t guarantee success. It’s a hard business, and it should be.

Do you have a favorite book from the past year? (nb: This doesn’t have to be self- or independently- published, though it would be nice if it is).

I enjoyed the Daniel Faust series by Craig Schaefer which, I believe, is an indie series. I love the urban fantasy stuff with fun characters and a twisty plot.

I’m finishing edits for Galefire I : Fade Rippers and will be building a super fun mailing list for this series complete with great deals for my readers and plenty of behind the scenes interaction. I can’t wait to get it out.

I am releasing 2 books for Ragnarok Publications, most notably Dead West Omnibus 2, but I’ll be spending most of my time the Galefire series, putting out one book every four months and building my list.

You can go to http://www.kennysoward.com, or check me out on Patreon at https://www.patreon.com/kennysoward.