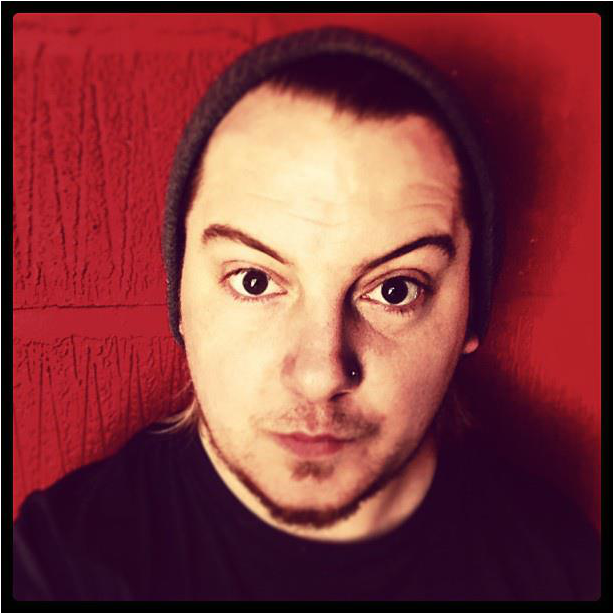 In February I was invited to be a featured speaker for the NEW VOICES panel at Stratford Upon Avon Literary festival. Talking about my debut novel ONE MAN AND HIS DOGMA, the process of how it came together and my process as a writer.

Talking to peers and literary fans, and being given a blank canvas to discuss aspects of the book allowed me a chance to close a chapter in the novels creation and open the next chapter with the next release 10 SHORT OF 31, which was released in September of this year.

Then – in October – I opened discussions with a very talented actor friend who had approached me to use excerpts of ONE MAN… For his voice-over portfolio, which has now turned into an on-going project to release the novel in the New Year as a full audible audio book.
Which is really exciting.

Has your writing style or process changed in the past 12 months? 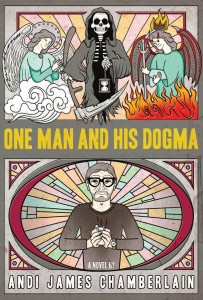 I started work on my second novel in late 2015, and have been working on it for the majority of 2016 in fits and starts. Where ONE MAN AND HIS DOGMA was written in a stream of conscious – abiding to a roadmap, but jumping narratively through many timeframes and periods – the next novel HYBRID MACKENZIE is a single stream narrative telling one story from start to finish, over a 76 year timeframe.

My style is still very similar, but fighting the compulsion to jump to another part of the story – which I could do in Dogma easily – and sticking to the story from A-Z, without skipping ahead or jumping from section to section is hard.

I started the new novel with a set series of rules, and have restricted a lot of my own tendencies and inclinations, and have to tell the story from beginning to end. It means I am constantly thinking of what is to come, and I need to avoid fanciful tangents – which is one of the things that allowed me to tie up loose ends in the first novel.

I’d say if anything, I have learned discipline, and patience… Two things I may have lacked in any certain measure before!

Someone bought the novel via Amazon for Kindle, and then live messaged me as they read it, expressing their fears and joys as the novel progressed… It was weird and wonderful to see how someone experienced the story in real time as the tale progressed and twisted and turned.

I learned a lot about my characters, a lot about the pacing and a lot about my trademark tricks and storytelling techniques as they broke-down the story bit by bit.
Including some section where they expressed outrage or outright anger at the way I treated some characters!

That was fun, and a hugely inspiring moment.

A mentor of mine from college buying the book at my Stratford Literary Festival appearance, after watching me talk, then approached me to use the novel as a sample for his Voice-over resume.

He enjoyed the experience so much he has since asked me to collaborate and make the whole book into a full audio experience soon to be available on Audible.

Having someone who I have looked up for a long time come to me and tell me he admires the story was humbling to say the least.

To trust in your story.
Taking three months out of writing due to a stutter in self belief has meant any momentum I built disappeared and I am now starting from scratch to continue.

Upon reading back, it was more a crisis in faith than a problem with the story itself, as it reads as I had hoped it would, and required minimum editing.
It was purely a case of belief in your own ideas and committing to what you had planned.
A harsh learning experience.

Advice for new authors, or anything about the industry that’s changed that you think new authors should really know about?

Promotion is important.
You can write the best story or book ever, but if no one knows about it, it is utterly pointless.
Make sure you spare time and money to get it out into the consciousness and public knowledge.

Also feedback is crucial. You learn a lot about your own work by how others perceive it – the feedback has come from people separated by six or seven degrees, as it is usually the most critical.
The feedback I have received from family and close friends tends to be more “aesthetic” and helps you hone the finer details.

But people not so close to me have been most brutal, and this gives you a sense of honest appraisal.
Basically, consume all feedback in the manner it is intended you will never improve unless you see how others see you and the words you write.

What are you writing today?

A series of short stories left over from my Kickstarter, left dangling from writers block and an empty tank.
The fire is stoking again and ideas are flowing.
Then it’s on to the second novel in earnest.

Finish the first draft of the second novel, and if possible, get it edited for a possible September release.
At the very least, I would like to have something out and available by December.
Short stories, a novella, who knows.

Lots of spinning plates, and I am enjoying the feeling of fire in my belly again.
So I am as excited to see what’s next as you guys!