Gwendolyn Pendraig’s Dancing in the Dust 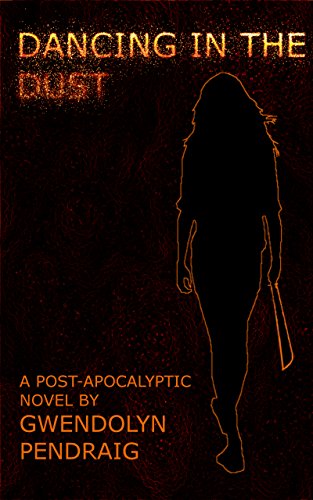 Gwendolyn Pendraig’s Dancing in the Dust is a brutal, graphic take on a harsh post-apocalyptic future. A dust-born plague has wiped out the majority of the world’s population and just to survive is a battle very few can win. Be warned, Pendraig doesn’t hold back in describing the often gruesome nature of staying alive. But trust us, the experience is all the better for it. 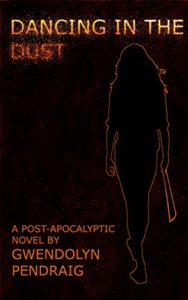 We first join our protagonist, a mid-twenties woman, ten years after a plague has decimated the population. For reasons that also come to light, her home nation was already on to the road to ruin well before the plague swept through, killing without discrimination. Armed with self-modified weaponry we first encounter her taking on a group of men that are fuelled with murderous intent. Immediately we associate her with fighting the good fight. She could hide away, content just to remain alive. But she wants to do all she can to prevent the brutal suffering of all who are unable to protect themselves. Never, though, losing sight of the fact that she is her number one priority. Given her backstory, you could understand her giving up – but she can’t, and she won’t.

The novel flips effortlessly between Ayla’s struggle to survive the present climate, with flashbacks to the days of the plague. Her backstory is harsh, and at times hard to read, but it certainly feels necessary to have made her the person she has now become. Elements of the supernatural are gradually woven in. In particular, Ayla’s relationship with a new-found canine companion. Filling a hole that she perhaps didn’t even realize she needed to fill.

The pace of the novel really has no let up. Coming in at just over 60,000 words, it really can’t afford to. It’s not all action, but there’s no filler. Each scene successfully moves the story forward at a natural pace. There is room, particularly in the second half, to expand a little. But it doesn’t take away from what is a very impressive story.

If the end is anything to go by, there is plenty more to come from Pendraig’s post-apocalyptic world. And I can’t wait!