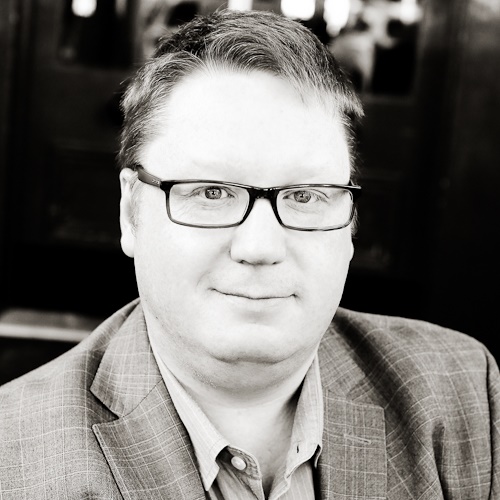 Self-Publisher’s Showcase: Today we are joined by Luke Phillips, author of Shadow Beast. Welcome to the Showcase Lounge, Luke. For any of our readers that haven’t come across your work previously, can you take a moment to tell us all a little about yourself?

Luke Phillips: I was born in Beckenham in Kent, but now live a little further out into the south east countryside in the small market town of Sevenoaks. I’ve always written as a hobby, and was always encouraged at school to write. At the time I was dead-set on being a vet, but settled for zoologist instead. It was probably only a matter of time before those two things came together with some interesting results!

LP: I try to write on Tuesdays and Fridays during the week, but I also especially like to write on Saturday evenings whilst listening to Classic FM at the Movies, and then again on Sunday morning whilst listening to Elaine Paige on BBC Radio 2. A cup of tea and some soaring themes are all I really need. My desk is also covered in trinkets and inspiration, so it’s a fun place to be.

LP: I always enjoyed writing, and I was fortunate to have some good teachers who instilled a belief in me that I could write well. I wanted to be published when I was still in school and I tried the traditional route first. There was some promise, and I made it onto a few ‘maybe’ piles, but that’s as far as it went. But I believed in my work, so it was only a matter of time before I went for it.

LP: I think my style is quite cinematic, which makes sense as I love movies! But I also have a heartfelt passion for the natural world and landscapes, which I think comes across in my writing. Hopefully those things combine to give the story great pace, but also good depth.

LP: Having studied as a zoologist, when I am writing about my creature or other animals, I think I can pretty much put you in the head of that animal. In Shadow Beast for instance I look at cutting edge discoveries in animal behaviour such as the use of infrasound by predators. 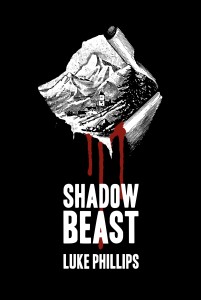 SPS: Can you take a moment to tell us all about your debut release Shadow Beast?

LP: A string of livestock attacks in a remote Scottish glen lead to the discovery of a remarkable and alien predator. As two wildlife biologists face the task of tracking it down, one must confront his past as well as the creature itself. As conspiracy and human adversaries entangle the investigation, it is only a matter of time before the animal turns its attention to man and the hunters become the hunted.

LP: Whilst I was studying, I became aware of reports and sightings of what became known as ‘mystery big cats’. The Beast of Bodmin and the Surrey Puma are probably the most famous examples. I was interested in what people might be seeing and started to investigate. Having spoken to people as authoritive as police helicopter pilots, it was clear there really could be something out there. The ‘what’ is where I started to have some fun!

SPS: What can you tell us about protagonist Thomas Walker?

LP: Thomas is a former hunter turned conservationist, living quietly in the Scottish Highlands. He loves wildlife and his work. He enjoys company, but he needs the seclusion the location provides too. He was made quite famous and wealthy from a TV show he was involved in before tragedy struck. He likes good whisky, is something of a petrol-head, and can be a little too cocky when he’s feeling confident. He’s also definitely a dog person!

SPS: How does he react to the situation he finds himself in?

LP: At the beginning, I don’t think he realises quite how desperate and dire the situation is. He could also probably be accused of being a little naive, he can’t quite adapt to something he is so familiar with happening in a place he thought it never could happen. It’s clear from some of his actions he’s also somehow wounded by what is happening. But he’s quick to face his fears and his past when the moment comes.

SPS: How did you set about creating the ‘big cat’ scenes in the book? Did you base events on tales from actual sightings, or more on your own perceptions of how events would occur?

LP: The location itself is rather famous in the big cat community for a string of sightings in the early 1980’s. I also mention Felicity the puma, who really was captured in Cannich and lived put her days at the Highland Wildlife Park. A lot of the evidence that Thomas uses to persuade Catherine that something really might be out there are real-life examples. But I also took things further, elaborating on the more camp-fire elements and really going to town with the creature and the story.

SPS: Which other characters of note could a reader of Shadow Beast expect to meet?

LP: Catherine Tyler is a really strong, independent female character who basically keeps Thomas in check. She’s intelligent, kind and fiery, as you might expect from a redhead. But you’ll meet lots of interesting characters, from a villainous DEFRA minister, a group of soldiers on exercise, a climber, a teacher and a zoo keeper.

SPS: Can we expect more from Thomas Walker in the future?

LP: Thomas definitely has some unfinished business, which I’ll explore in the first sequel, The Daughters of the Darkness. That will give time for some other loose ends of the story to ‘grow’ too.

LP: I’m working on a large-scale science fiction story called Dark Tides. It’s about the oceans turning against mankind in a mysterious series of events. I’m really enjoying it and having a lot of fun with the story.

LP: I did try the traditional route first. I made it to a lot of ‘maybe’ piles, but time ticked slowly on. I believed in my work, even if others didn’t, so i looked for a platform that allowed me to take it to market. I now have my own publishing name, my own ISBN’s and access to a huge support network, as well as some lovely readers all over the world.

LP: It’s been better! To have readers on different continents reading my book and enjoying it was something I didn’t think possible when I started. The amazing 5* reviews have also really humbled me, and I feel very lucky that readers have responded that way. Someone even said it was on par with Jurassic Park, which for a creature-feature fan like me is the ultimate praise. I’ve also loved being involved and in control of every part of the process. It’s not always the norm to be able to work directly with your cover designer, editors or other authors in the traditional world of publishing. It is when you self-publish!

LP: Get going, but be prepared for the long-haul. Things don’t, and shouldn’t happen overnight. And be prepared to commit to your work. If you believe in it, be prepared to pay for it. Try to find the money for a professional editor and book design, it will be worth it in the end. And also, enjoy writing for yourself. Don’t do it for others, for fame or for money, because those things might never come. If you can write something you love, then that should be good enough and you should give it the respect it deserves, no matter how long it takes to get there.

LP: I’ve discovered a number of amazing authors in the self-published world. Benedict Martin’s book Finding Demons is something I am currently enjoying. Eric Penz’s thriller Cryptid is also great. There are also thrillers by Glen Barrera (the Assassin that couldn’t dance) and Wolf Schimanski (the Meter trilogy) that would make great films. Suzi Albracht is also a horror writer to get your teeth into. Too many to mention!

SPS: Thank you for joining us today, Luke, and all the best for the future.

LP: Thank you for letting me talk about Shadow Beast and the fun I’ve had writing it!

SPS: For more information on Luke Phillips and his work, please do visit his Showcase Author page here.