Richard A. Lester – The Check Out 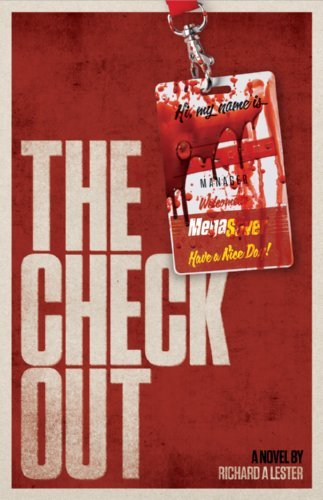 Failing grocery store manager Larry Prescott just wants a quickie. With a frigid wife waiting at home, Larry decides to have some extramarital fun with an employee named Maxine Watkins. Though he has no way of knowing it, Larry is sowing the seeds for a crime spree that will be dubbed “The MegaSaver Massacre. “

The Check Out is a satirical thriller that will appeal to fans of Carl Hiaasen and Christopher Moore. It is the story of a $10,000 giveaway, and the employees who independently decide to heist the money on the same night. An ensemble piece, each chapter focuses on the motivations and actions of a different main character. Larry Prescott is an arrogant drunk whose affair quickly spirals towards danger. Maxine Watkins is a scheming liar, determined to claw her way out of indigence. Terrence Claybrook, the assistant manager, is an escaped convict trying to keep his past from catching up to him. Roland Tillman, a blood thirsty fugitive, reunites with his former cellmate during the MegaSaver robbery. Brad, an addiction ridden stocker, tries to turn his life around while picking up the pieces of a broken marriage. They each see the prize money as their only lifeline, and are determined to do everything necessary to grab it.