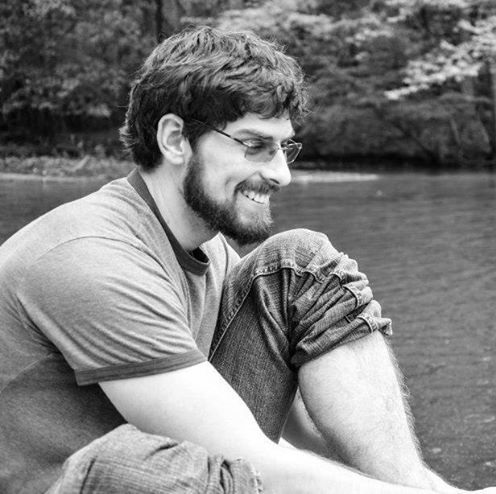 Rumplestiltskin III once found himself on a little dirt road in the middle of a country that looked remarkably like Lithuania. He hadn’t taken a break from his journey for two years, at least, but the dates tended to run together during that period of his life. Over his many decades, he had passed through cities with names unpronounceable and sauntered through burning ruins filled with barbarians. Rumplestiltskin III never felt like staying long, which was most likely directly related to how little he could understand the local dialects. He could only imagine their sides of the conversations so many times before they all sounded the same.

But as he so often did, Rumplestiltskin III found himself on the road again and that is where this tale begins. The imp played spontaneous games while he walked; kicking stones further down his path and chasing the clouds he thought looked like famous historical figures. In spite of his childish efforts. Rumplestiltskin III never could catch them, but that was only because the wind was on their side, likely because of that bet that went sideways with the zephyrs. He spent endless days just walking, never finding any sign of life beyond the occasional jackalope.

This day he kicked a stone as hard as he could, which would have flown fifteen feet and clattered along the cracked ground, but someone had the nerve to be crying in the middle of nowhere and the stone his them square in the back. For a moment, Rumplestiltskin III felt something which he considered remorse, but was in actuality really only the vestiges of hunger, and decided to apologize, even though it was certainly not Rumplestiltskin III’s fault.

Before he could start, however, the hunched over figure quickly turned around and crawled toward the imp, finally lifting its sun-bleached, tear-marred face to stare at the imp. If she had taken better care of her skin and moisturized once in a while, the girl, for it was plainly obvious she wasn’t a boy, probably could have been considered beautiful. As it stood, she was clearly too much of a peasant for old Rumplestiltskin III, who had gotten spoiled in the service of the Golden Khanate.

“Sir, thank god! I need your help,” the girl exclaimed, catching the imp quite off-guard. You must consider, Rumplestiltskin III was about to apologize, an act almost completely foreign to him, and had already prepared himself for the novel experience. His plans all but foiled, it was all he could do to stammer at the girl.

“Please,” she continued, “my village needs your help. We cannot last one more sunset!”

In another situation, Rumplestiltskin III may have lost his composure, but nothing reset his mindset quite like a new curiosity. He urged the young girl to continue, but she promptly sprung to her feet, praising the imp and thanking him profusely for helping her village. Rumplestiltskin III was quite annoyed by this, as he merely wanted to know what was wrong in the village and why a sunset would cause so much trouble, and he had not yet become accustomed to saving villages from anything, much less an irate sunset. Sunrises he could understand, Rumplestiltskin III had already had a few run-ins with some mischievous sunrises, but sunsets were usually tranquil little creatures.

Yet he followed the girl, mostly because she was dragging him by his wrist, and within an hour Rumplestiltskin III stood in the village of the peasant girl, and what he saw really was quite amazing. Where before his entrance into the village, there had been a normal, plain, boring sun, there was now a malicious, angry-looking star. It looked like the backdrop of a theater; a serrated saw-blade made out of orange, yellow and red construction paper.

It was obvious to the imp that this was something new and exciting to add to his adventures.

So he spoke with the peasant girl once more, who simply hushed him and brought him into the biggest house in the village. It was very large in comparison to the rest of the village; large enough to hold three entire broom closets in it. And there, in the middle of a smoky room with reflective baubles and trinkets, sat the elder. The ancient creature lifted his head, an audible creak filling the room, and motioned for Rumplestiltskin III to seat himself. Struck by a rare fancy, the imp decided to give into the atmosphere of reverence and did not submit to his chaotic nature.

The old man, between hacking coughs and prolonged inhalations of incense relayed the story of the village to Rumplestiltskin III. About a month prior, the elder’s own son had brought back a jewel which shone like fire and, in his excitement, he let everyone in the village see the gem. He was so proud of himself, as a stone like that could feed the entire village for months, and the villagers greeted him with joy. The boy was quite altruistic and virtuous, the elder remarked, notably in the past tense, and his son had found the stone by the side of the road, considering himself quite lucky.

That was, until the sun began to set.

“For, you see,” the elder continued, “the stone was actually quite magical. No doubt some rich merchant or magician sorely missed the jewel. Or perhaps a power-hungry warlord. For the stone’s magic caused the sun in our village to become a destructive force. You see those points which seem like fire,” he asked Rumplestiltskin III, pointing to the horizon with a crooked finger. “When sunset comes, they erupt into real flames and anything on the horizon bursts into a roaring storm of fire.”

At this point, Rumplestiltskin III had abandoned his plans for reverence, but the sheer amount of interesting turns in the man’s story were as candy to the imp. He listened, rapt with attention, and found himself leaning forward while sitting on his hands.

“My son tried to rid us of the jewel after the first night. Our crops had burnt and we were starving. He thought it best that we get rid of the thing, so he left. Two days later he came back, and there was no serrated sunset. Yet, one day later he found the stone on the floor by our doorway. It was clear that the stone was never going to leave him, so my son decided that he would leave the village for good, as that was the only way we were going to be safe.”

“Yet…..yet…” he attempted, finding himself overwhelmed by sadness, an emotion Rumplestiltskin III had not yet felt, but would soon enough experience in the days to come. The old man regained his composure and looked the imp in the eye. “My boy did not get the chance. The sunset that night burned him alive.”

Rumplestiltskin III had already guessed the end of the story, but still enjoyed the telling; he really only wished he had had something like popcorn as he sat. There was an awkward silence for a moment, as Rumplestiltskin III thought the man might continue, but eventually the imp asked why the elder had relayed the story to him.

“My hope, traveler, is that you might take the stone from us. The flames have killed most of our young men and we desperately need someone to rid us of the stone. If you wish, you may sell it to another, but we need….” the man broke off, unable to continue. He then looked the imp in the eye and opened his mouth once more. “Walk toward the sunset with the stone in hand. That would delay the sunset for a time, at least.”

He passed the peasant girl once more on his way out and looked at her face. If he had known the emotion beforehand, he would have recognized hope. Instead he thought it was her attempts to stifle laughter, and so he angrily turned away and walked toward the serrated sunset.

He walked for many days, surrounded by fire, but he did not hold onto the jewel forever. However, that is a whole other story, for a whole different time.