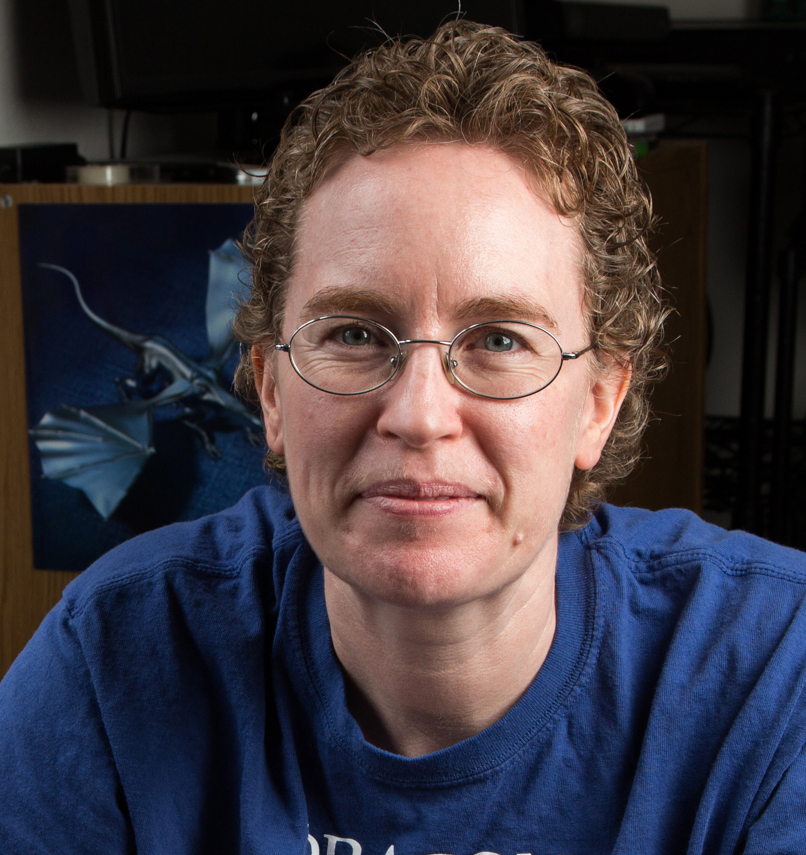 My name is Lee French and I live in Olympia, WA. I write superhero fiction, epic and sword & sorcery fantasy, young adult urban fantasy, and cyberpunk. My writing is my full-time job, and I work at home, in a beanbag chair. My second favorite thing to do is bicycling.

In 2016, I released a nonfiction book with a co-author about how to work a convention as an indie author, books 2 and 3 of my YA urban fantasy series, book 4 of my co-authored epic fantasy series, audiobooks of 4 of my titles, a 3-in-1 compilation of the superhero trilogy, and the first of a series of 8 cyberpunk novellas. I also edited my first anthology and appeared in three other anthologies.

So far, the YA has done the best. I’ve recently qualified for SFWA as an indie author based on the strength of its sales. Everything else chugs along with sales here and there. I do well at most conventions.

Every year, I make sure to work with one new editor, because every one highlights some new area where I can improve. But this year has been much more focused on time management. On the average, I spent three weekends out of four at conventions through the end of October. I had to adjust how I work to accommodate that gruelling travel schedule and make the most of what little time I had. Burnout became a problem in July, and bouncing back from that taught me a great deal about the virtues of vacation.

At Westercon, I participated in panels where, for the first time, no one noticed my gross social anxieties. Carol Berg was lovely as a moderator, and everyone seemed so surprised at my lack of experience with panelling based upon how well I did. I got warm fuzzies from that.

At Gencon, a woman walked up to our table and raised her cane. She looked at me and said, “I’d like to beat that Lee French!” It turned out she was mad because Girls Can’t Be Knights had a rather finite ending–when I wrote it, I wasn’t sure it would be a series. She was delighted to discover the series had two more books and bought both.

I attended a writing conference that managed to trigger every social anxiety I have. It was awful, and the majority of the material presented was information I already knew. I love conventions, but I hate conferences.

The most important thing to know about publishing is that the work never ends. Being a successful, self-sustaining author is a full-time job. And it’s hard to reach the point of self-sustaining. It’s a long, hard slog to get there. If you’re looking for a quick and easy way to fame and fortune, writing isn’t it. The majority of writers survive because of a day job, financial windfall, or supportive (working) spouse. Those at the top have been doing it for a long time, and often put in five or ten years before they really “make it” in this business.

I stumbled across an enchanting fantasy short story by Holly Heisey, called Sky and Dew. It’s rich and compelling, and explores the price of a terrible choice against the backdrop of heartfelt love.

At the moment, I’m writing two short stories to accompany the YA series. One takes place directly after book 3, Ethereal Entanglements, and delves into a secondary character’s psyche. The other reveals a mysterious piece of the past for the whole series. These stories will go into anthologies.

I’m hoping to release two more novellas in the Darkside Seattle cyberpunk series, book 4 of the Spirit Knights YA urban fantasy series, book 5 of The Greatest Sin epic fantasy series, and the third book of the Ilauris fantasy non-series series. I’ll appear in a few more anthologies, edit two more anthologies, and organize the second annual CapitalIndieBookCon, a genre-inclusive book fair in Olympia on May 13.

On top of all that, I’ll be appearing at conventions and other book-selling events. This year will have fewer than last year, with a plan of no more than two per month. The major conventions I’ll appear at include Radcon in Pasco, WA, Norwescon in Seatac, WA, GenCon in Indianpolis, IN, and Orycon in Portland, OR.

I announce all my new releases and appearances, and occasionally review books on my blog: www.authorleefrench.com

Thank you! The folks at Self-Publisher’s Showcase have been wonderful and I love being part of the site.