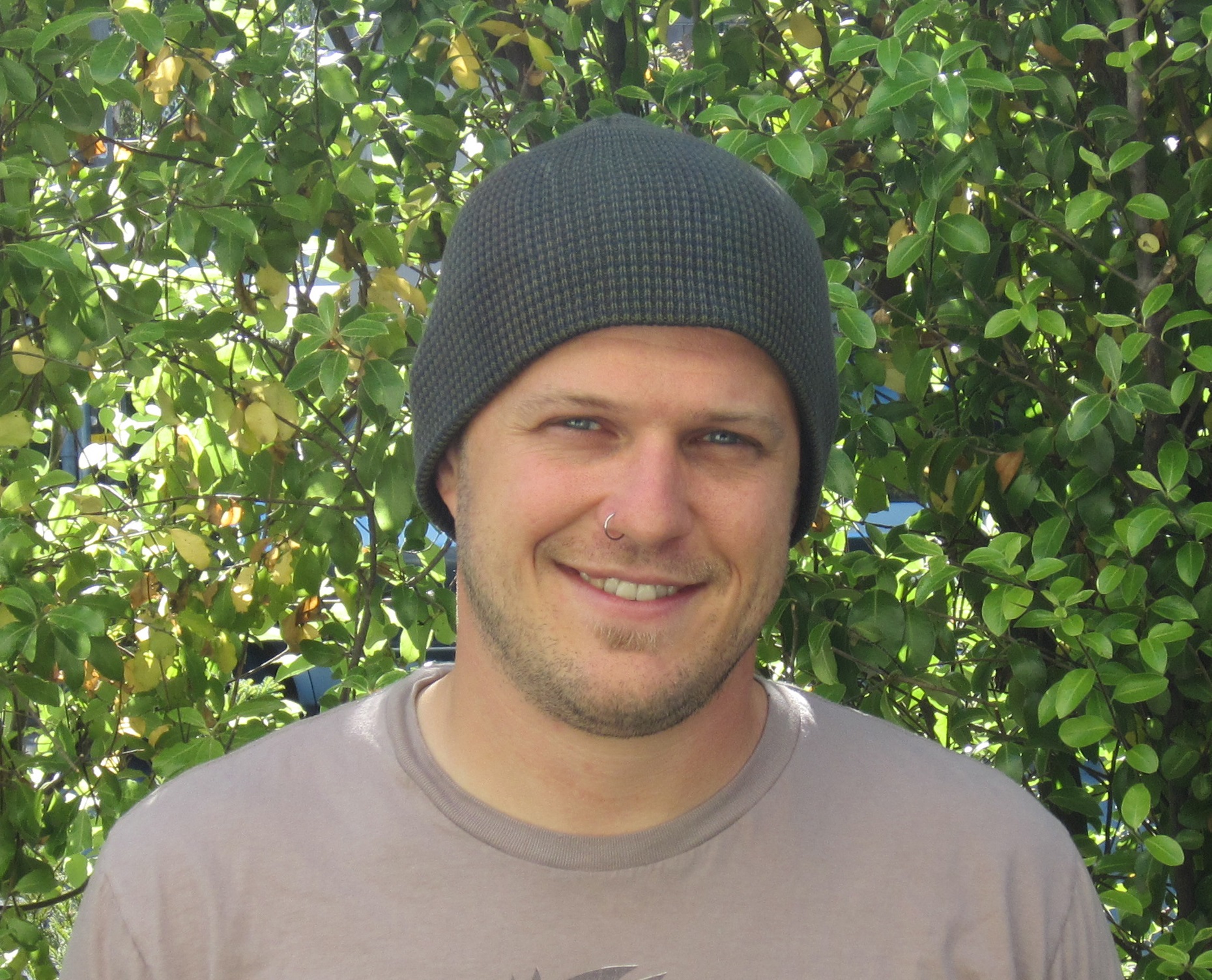 “Another day, another dollar, right?”

“I guess?” The room was pristine, walls, ceiling, and floor glowing with soft ambient white light. Sam stepped into position, an area on the floor lighting up to indicate where he should stand as he approached. Projections winked into existence all around him, holograms displaying complex relationships between various objects. A greeting appeared in front of everything else, and Sam swiped it away thoughtlessly. “What’s that supposed to mean? You guess? Did you start working for free?”

“Don’t be a jerk,” Ralph spoke as he too stepped into position.

They faced each other about five feet apart at the center of the room. Ralph was shorter and skinnier than Sam, average height really, but almost emaciated in terms of body weight. He had short brown hair, and disproportionately large and pointy ears if one were to look closely. Sam on the other hand, was imposingly large in stature, overweight, but not fat. He wore his reddish brown hair floppy loose and long so that it fell over his eyes. Both were in their mid-thirties.

Standing at their stations, each went to work. Their hands and fingers merged seamlessly and intuitively into the displays. Their movements were not especially fast, but instead, measured and precise, a reflection of habit and years of practice.

Ralph picked the topic up again, “Don’t you ever get frustrated being here? Don’t you want more for yourself? To make a real difference?”

Displays closed and opened at Sam’s command. He manipulated some, and simply saved some for later, and he answered without pausing from his tasks, “I always wanted to be a designer.”

“Well, I’m sure I wanted to see the universe at some point, you know, when I was younger?” Most of Sam’s tasks were minimized and off to the side in a small rotating sphere of their own. One began flashing and rotated to the front, but he ignored it. “I don’t really count that though… I was so young, I didn’t know what I wanted. As an adult, all I ever wanted to do was be here, designing. I love this job.”

Ralph was working automatically, responding to flashing and solid alerts that—by some impetus not his—flew to the front of his display and demanded his attention. He didn’t particularly like Sam’s response, and so he was reluctant to continue the conversation he’d started. He took his time mulling over what to say next.

Apparently though, he took too long because Sam continued for him, “Is this about that argument you had with the Master Designer yesterday?” Sam’s hands played within an extraordinarily complex editor. He zoomed in and out from world views to staring at specific actors—people and animals that looked real—to universal perspectives of stars and galaxies. “If it makes you feel any better, I backed you. See for yourself.” With a flick of his wrist, Sam threw an icon from his workspace to Sam’s.

“You did?” Ralph paused for a moment, taken aback, “Thanks, man. I appreciate it.” His alerts began stacking up in just the few seconds that he’d stopped addressing them.

“Hey, hey, I’m glad you appreciate it, but don’t make me regret it by neglecting your work load.”

Ralph returned to his tasks, engaging his displays at high speed in order to catch up, “Right. Sorry.”

After a few minutes—and after reading Sam’s correspondence with the Master—Ralph spoke up again, “Really, thank you.”

“Don’t mention it. You were right. I wouldn’t have backed you up otherwise,” he smiled through his displays.

“Right… but actually, it isn’t the argument that is bothering me.”

“What is it then? Something to do with…” Ralph interrupted himself, “You’re lagging again. Getting sloppy. Come on, get your head in this.”

Even though Ralph was continuing to work, his alerts were shifting in color, degrees closer to red. The colors indicated that his fixes were being returned to him; the issues were unresolved, or at least, not resolved satisfactorily.

Ralph began his focused breathing to re-center himself. He considered it a kind of biological calibration technique, and he found that it always helped him improve his performance.

Back on track, responding to Sam’s changes as they came down the pipe, Ralph felt he could resume the conversation, “We come into work each day, and we design the fabric of space and time according to the Master’s plan, but the question is: does it make a difference?”

“Well, of course it makes a difference.” To illustrate his point, Sam made a couple of dramatic, random changes, and then executed them, flooding Ralph’s queue.

Alerts spun up all over Ralph’s workspace. His displays caught fire, every alert transitioning to immediate and emergent in the space of a few seconds. Fire-fighting skill was his highest-ranked attribute—the reason he was able to disagree openly with the Master Designer without compromising his job; he was that good.

But Sam was just making a point, and after he was sure he’d made it, he reversed his changes.

“See,” Sam poked at him, “makes a difference doesn’t it?” He beamed another smile through the displays, and even though it was good natured, it was still a little patronizing.

“Uh huh, but that’s my point exactly. I couldn’t have made it better myself. Even if JFK had lived, Earth doesn’t necessarily become a better place, right? The people don’t even know you’ve made the change. They can’t compare it, but we can. And what are the results? It’s just… it’s just different.”

“Well then, it makes a difference. You agree,” Sam pointed out.

“Seriously, you need to stop being a jerk,” Ralph rolled his eyes, “You know what I mean.”

“Sheesh, okay. We’re having a serious conversation, eh?” he admitted light-hearted. As his editing continued automatically, he continued earnestly, “You’re concerned that we make changes, and there are differences of course, but you think the differences don’t really matter to the fabric overall?”

“Yes,” Sam continued, “The fact that we can make all of these changes and we can still be here proves my point.”

“Well, we’re an Eventuality. It’s just math. There are nodes in the continuum, pockets of space-time that have to happen. Everyone knows that.”

“Pockets that will eventually happen, yes. We can make and unmake some nodes, but others can only be moved,” Ralph confirmed.

“Some can’t be moved,” Sam clarified.

“But how do you know that? If we are actually an Eventuality like all the rest, then when we make a change, the node changes hands. Someone else, somewhere else, is doing what we’re doing, and we don’t even know it.”

“But we know we’ve been here forever,” patiently, confidently.

“Forever on this timeline, which we know can change. We can change it.”

“But the math never changes, Ralph. We discovered ourselves, the nature of this Eventuality, through the math. That’s how we know.”

Ralph sighed, and then he whispered to himself—though Sam certainly heard him, “The math. It never changes.”

Sam went on, “You’re disappointed that we live in a pocket of stability?”

“It feels settled to me.” Sam seemed to be ending the line of reasoning pointedly. “Look, I get down sometimes too, but then I remember the beauty of what I’m capable of doing from here. We’re designing a gorgeous universe across all time. The complexity, drama, and significance of our work is experienced by the art itself. It’s unique, and I can’t imagine doing anything else.”

“You should try to imagine better.”

“Look, I’ve been gathering data on human behaviors and thinking patterns for years, and I’ve reached some pretty unsettling conclusions,” Ralph threw an icon from his workspace to Sam’s.

After only a moment or two, “You’ve been wasting time on this?”

Ralph shut down his tools and opened up a new editor, similar to Sam’s. He began working feverishly.

“What are you doing, Ralph?”

It took him a few seconds to respond, “I’m making changes.” His interface was a blur. He piled up changes one after another as though he was stockpiling ammunitions.

“Ralph, I’m locked out. You locked me out?” He was more curious and surprised than impatient. “I can’t see what you’re doing,” he voiced flatly.

“Look at the results, Sam, the conclusions I drew from the data.” He continued editing, but did not execute his changes; tested, but not committed. He lined up the icons representing his changes around the border of the execution virtual console as though he was mounting a military offensive.

Each proposed edit targeted Sam, targeted their Eventuality. “We’ve tinkered too much. Our art is lost. Depression. Sadness. An ever-present sense of loss and confusion. Our art doesn’t want to be anymore. They wake up in the morning not knowing who they are, what they’re doing, or where they’re going.” He paused, and then looked through to Sam as he resumed his work, “And Sam, it gets worse in direct proportion to our changes. Do you honestly believe that’s a coincidence?”

“Correlation. Not causation. We’ve been making changes forever, quite literally. We’ve always been, always will be. That’s the nature and the science of the situation.” Sam was calm. He disengaged himself from his workspace. Turning around to the wall behind him, a panel opened and a cup of tea appeared. He retrieved the cup, and then the panel closed. Turning back, he watched Ralph.

After a few more minutes, Ralph was done. He reviewed his work. His arsenal was poised, waiting for his command. Every change that he proposed could be executed simultaneously, creating an anomaly that could neither be fixed nor reversed; he’d expunged his change log and all its redundancies.

Ralph focused through and beyond his displays to look at Sam. Sam looked back through his flop of hair, unwavering, and then he lifted his tea to his lips to take a sip.

Moving his hand into position, Ralph prepared himself to challenge his own existence. Of course, he’d never know if he was right. He could only know if he was wrong.

Sam blew over the surface of his hot tea to cool it. It was a little hot, he thought.

Ralph took in one last deep breath. He was ready to do what he had to do. As he moved to execute his massive revisions, unweaving the fabric of space and time as he knew it, all of his displays retreated slightly and grayed out. A single message appeared, “Thank you for another great shift, Ralph! You are now clocked out.” The workspace powered down.

Ralph and Sam stood staring at each other across an empty white room. Sam sipped his tea.

Happy with the temperature and flavor of his tea, Sam walked toward the entrance to the room. The door opened for him automatically. He waited there patiently. Eventually, Ralph shrugged and joined him.

Side by side, they walked down the hallway.

“Another night then?” Ralph asked hopefully.