WATCH YOUR BACK, A ROGUISH ANTHOLOGY IS LOOSE 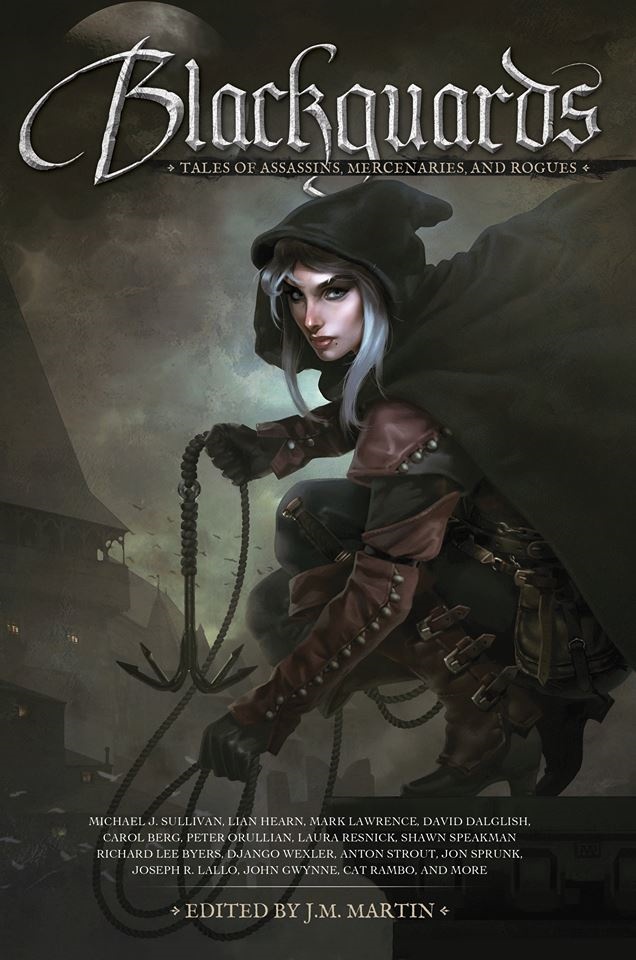 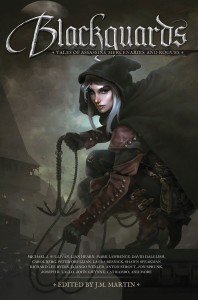 Monday, September 1, 2014—Crestview Hills, KY—After a whirlwind couple of days, Ragnarok Publications is pleased to announce that their newest anthology, BLACKGUARDS, has been funded on Kickstarter in just a bit over 64 hours from launch, reaching its goal of $14,500.

Blackguards: Tales of Assassins, Mercenaries, and Rogues, edited by J.M. Martin,  features top notch authors from fantasy literature such as Mark Lawrence, Carol Berg, Michael J. Sullivan, Django Wexler, Anton Strout, Richard Lee Byers, and many more. To boot, all of the tales feature favorite characters from the authors’ existing series, which is leading to palpable excitement from readers.

They aren’t the only ones intrigued by this anthology. Within the first few hours of launch, Blackguards became a Staff Pick at Kickstarter and was featured on their front page. Over on Kicktraq, the #1 crowdfunding analytics and discovery website, Blackguards has been consistently ranked number one on their publishing Hot List.

So why would someone want to read about characters with a dark side? Isn’t the world grim enough as it is? Kenny Soward, author of the GnomeSaga series, says, “There’s something about being a dangerous rogue that appeals to everyone. Going softly and unseen yet wielding deadly power. Deciding who gets to live or die. It’s god-like. That’s how I feel writing Jancy’s character in my Blackguards story.”

Laura Resnick, author of DAW’s Esther Diamond series, thinks it’s about the connection we feel to the characters: “I think we’re often fascinated by characters who live far outside the rules that govern our own lives—fascinated by the ways they are surprisingly similar to us, as well as how they’re different from us.”

Ragnarok Publicationsis no stranger to what makes a successful crowdsourced anthology. Last year they had a successful Kickstarter for their anthology Kaiju Rising: Age of Monsters, edited by Nick Sharps and Tim Marquitz. After being funded and fulfilled, the paperback and electronic editions of this anthology are now available in paperback from Amazon and other retailers. Blackguards seems to be following in its predecessor’s large footsteps. What is Ragnarok’s magic touch?

“Ragnarok does kickstarting right,” says Anton (Spellmason Chronicles) Strout, host of the Once and Future Podcast. “They’re smart about their approach, working with their authors to build great content and awesome stretch goals, which ensures a strong shot at bringing a kick butt idea to fruition.”

Project editor, J.M. Martin, said, “We contacted the first round of authors in November 2013, because we wanted to establish a roster of fantasy masters and offer plenty of lead time, figuring that would be enticing even if they were in the midst of a deadline crunch. It worked out. And I am super proud of the level of quality in these stories. This is a maniacal body of work, and it is encouraging people are so charged up about it.”

The journey isn’t over for the Blackguards Kickstarter at the time of this article. With several weeks left, backers still have opportunities to get eBooks, paperbacks, and hardcover volumes, as well as attain exciting stretch goals yet to be reached.