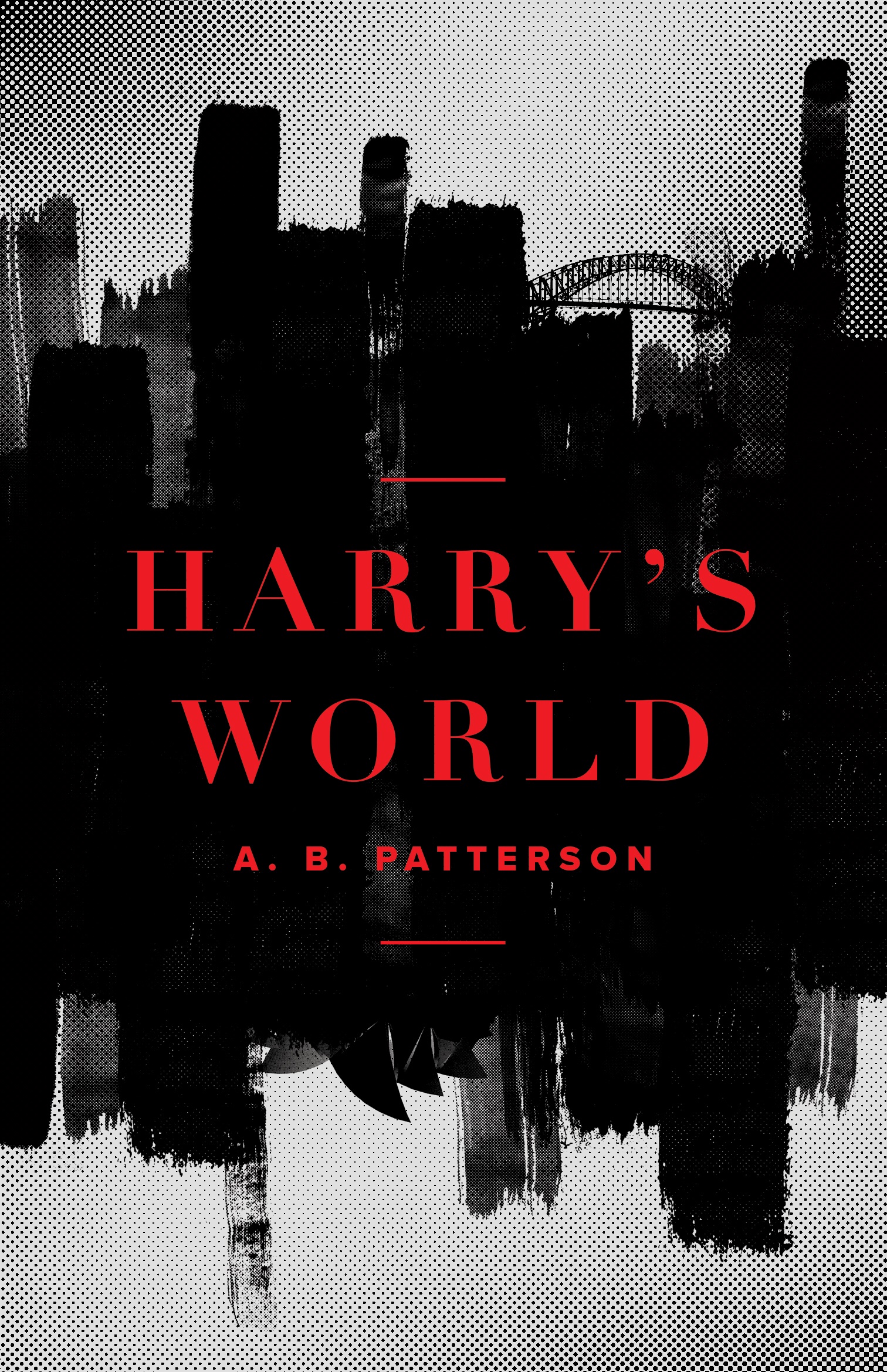 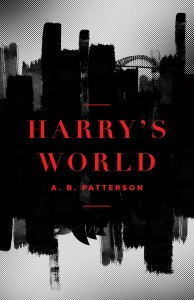 Harry’s World is the debut novel from Australian author A.B. Patterson. It centers round Private Investigator Harry Kenmare. Kenmare is an ex-policeman, medically discharged from the force after losing his young daughter, spiralling out of control and lashing out at an arrested child molester.

Harry’s methods are what you would expect of someone who did his policing a decade or more ago. The fact he now runs his own ship means his methods push the boundaries even more so. One thing alone matters to Harry, and that’s catching the scumbag responsible.

Although Harry’s World is set in modern day Australia I found it impossible to read without slipping into a Bogart, 1930’s Film Noir, Sam Spade mode – way before these are even mentioned in passing in the novel. The dishevelled office, the frost-paned office door, the overflowing ashtray and Irish Whiskey to hand, try as I might I couldn’t bring myself to imagine any sections of the novel in anything other than Black and White. That’s not a bad thing, in fact, for me, it made it even more enjoyable.

The novel itself is divided into five episodes though these do not standalone, and various characters are introduced as we follow Harry through the seedy world of Port Jackson. Patterson was a Detective Sergeant in the Australian police, working in paedophilia and vice, and this is strongly reflected in Harry’s World. The episodes strongly revolve around the sex industry, paedophilia and corruption in both government and public services. At times, the sheer grittiness of Harry’s World can make it quite difficult to read, especially if you are the parent of young children, but it’s impossible to put down. It’s a fine balance to talk about such subjects without putting people off continuing, but Patterson does it well.

There are some great characters to look out for – Tanya and Mama Jocasta being my personal favorites – and some utterly contemptible pieces of work too. Not all get what they deserve, but one, in particular, that does… let’s just say, it’s worth the wait!

The episodes are all thoroughly engrossing and easily flow from violent, to seedy, to pulling at the heart-strings and back again. It’s been a good while since I enjoyed anything quite so much as my visit to Harry’s World.