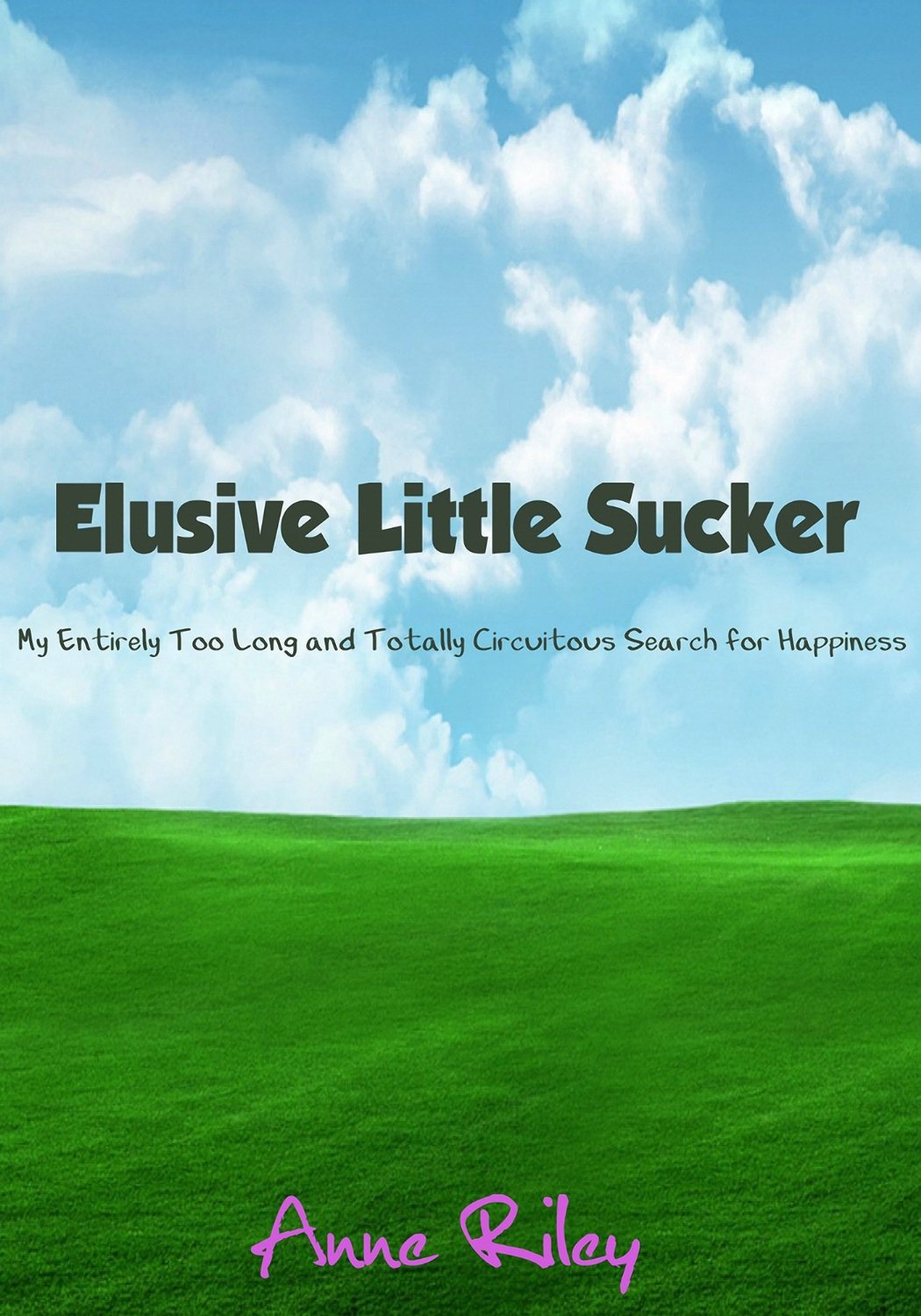 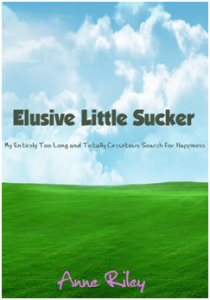 Here we have a short but funny, insightful, trenchant memoir type anecdotally oriented travelogue-ish book that masquerades as a guide to happiness. Anne Riley is a funny, mischievous writer in the Erma Bombeck mode, a storyteller who reminds readers that even at a mere 130 pages, a book can be worth the effort, and very satisfying. Elusive Little Sucker is the nickname Riley attaches to happiness itself, as in, it took me a looooooong time to find the ELS. Riley grew up a Catholic kid, tenth of eleven, and her family position informs the writing. By way of disclosure, this reviewer was second of ten, so if my experience is any guide, Riley’s writing obsession likely stems from her spot on the family roster, and the attendant necessity to write, since speaking proved to be much too difficult in a sea of humanity. The religious sensibility implied adds an element of drive to the book as well. Riley grew up Roman Catholic— duh — and that background is what propels her from one career roller coaster after another. Good old Catholic guilt demands that she prove herself ‘worthy,’ whatever that means, in whatever endeavor she tackles.

The book is a bit short on plot, but that’s okay, since the very effort of finding happiness seems to be the goal. The writing is crisp, technically sound and engaging. Riley has a way of capturing readers’ imaginations, and leading them along, like the adventures she engaged in on the Sandhills as a child, stories and anecdotes flowing into one another seamlessly. Reading Riley’s prose is like listening to her talk, or at least it seems so.

Aside from a pretty rounded description of husband Tim, there’s little about Riley’s family in the book, even though she claims her kids and household are in fact the focus of her life. The aphoristic tidbits that cap each chapter seem a bit cutesy and redundant, but the self-help totems that litter other books grant Riley a pass for hers. If there’s one criticism to be found, it’s simply that the book is much too short. Riley’s writing is too good, her voice and quirky style too fresh and unique to limit the writing to such a short work.

All in all a fun, brave book about a woman who grew up in a demanding home, knowing success was out there but struggling to find it, then realizing success was not what she’d heard or thought and grasping what it is, however elusive that little sucker turned out to be. It’s not Lean In, perhaps more Lean Over and grab what’s right in front of you. Readers who enjoy recovering Catholic memoir, or any kind of big family from hell, growing up surrounded by other flawed humans books, will enjoy Elusive Little Sucker.

Byron Edgington, author of The Sky Behind Me, a Memoir of Flying and Life.