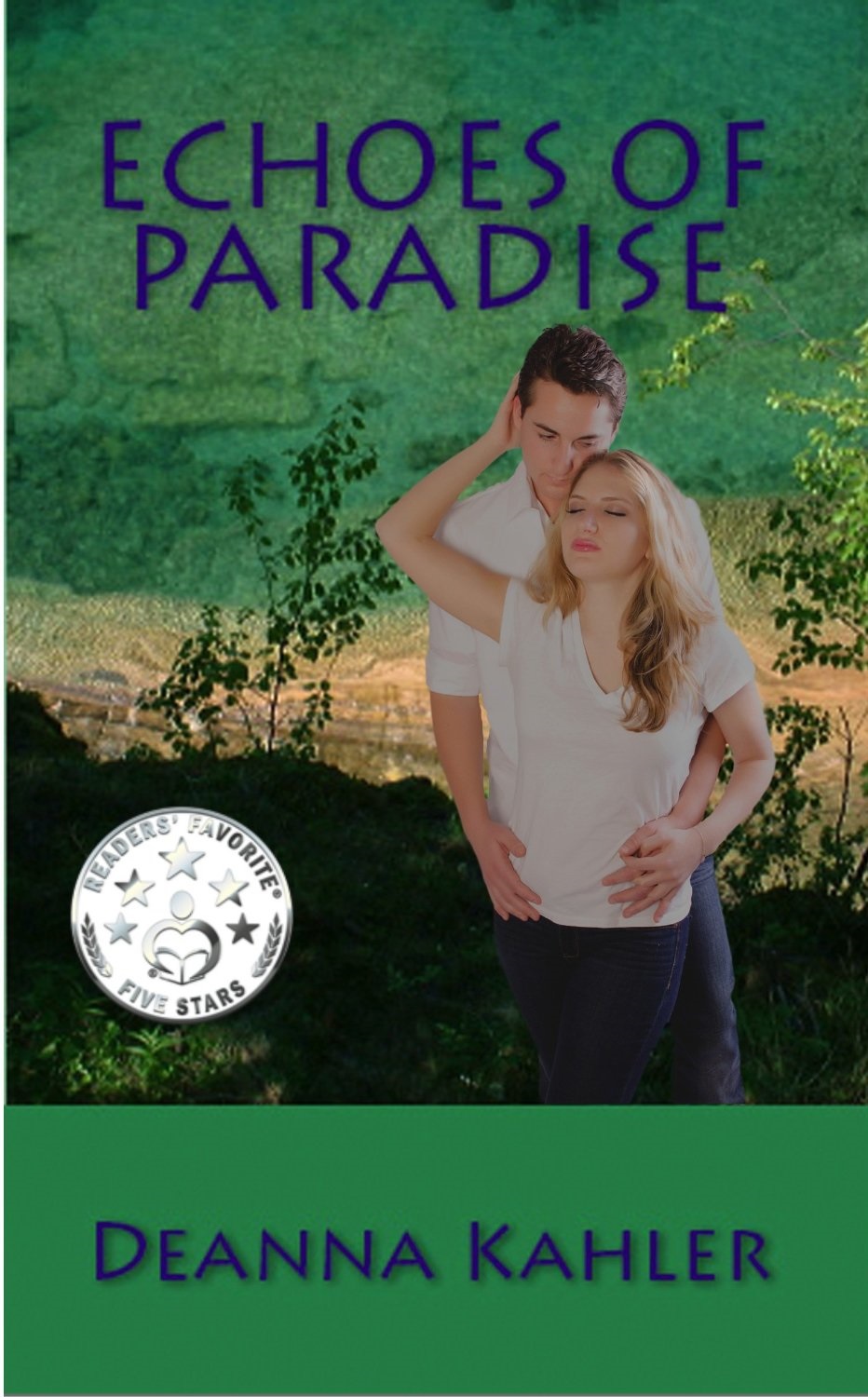 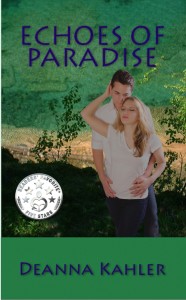 Romances are not my first choice for reading but I was intrigued by the paranormal angle promised by Echoes of Paradise by Deanna Kahler so wanted to give this book a go.

Celeste is a successful accountant, married to Dave, a hard working high powered business man. They have a five year old son called Chip (short for Charles) and he is the centre of their world. It should all have been perfect for Celeste, apart from two things. Firstly an abusive ex-boyfriend called Andy who would not leave her alone and secondly a very loving ex-boyfriend called Connor who did leave her, first to travel to a teaching job in Rome and then permanently, dying in a plane crash on his way home to the States to see her for the first time since he left her after college. Celeste struggles to accept that Connor has died an finds herself spotting small signs that remind her of him, like songs on the radio and his first name on shop banners. Then she starts to hear his voice in her head, to feel him near her, to have odd dreams that she knew were about him, finding that her young son claimed to have been visited by “an angel” fitting Connor’s description in his own dream. So had Connor really gone? If not, why was he still here? As the signs and cryptic messages start to increase, Celeste decides to find out how to respond to them with the help of a medium, Star Walker, and begins on a relationship journey that she never thought she would have.

The story is a simple one, it is an easy to read book and the ending is not unexpected but, to be honest, for a romance book that’s not really the point. This is proper Mills and Boon type romance that stops at the bedroom door. The author does not write eroticism and I must admit, given her keenness to over-describe the visual of even the most inconsequential detail, such as every item of a meal people are eating, thereby leaving nothing to the reader’s imagination, maybe this is no bad thing. I enjoy descriptive writing a lot but, for me, there was just too much here that I didn’t need to know.

This book is sugar coated love and relationships. Even the historic abuse by Celeste’s former boyfriend, which resulted in her being pushed down the stairs and breaking an arm, was just called “a horrid experience”. The author wants nothing overly nasty to happen at all.

If you are a fan of light, easy romantic fiction and don’t want anything too challenging or too affecting you would probably enjoy this book. If, like I did, you expected the paranormal aspect to be something more involved than the obvious cross between Ghost and Highway to Heaven but without the comedy, you may be slightly disappointed.