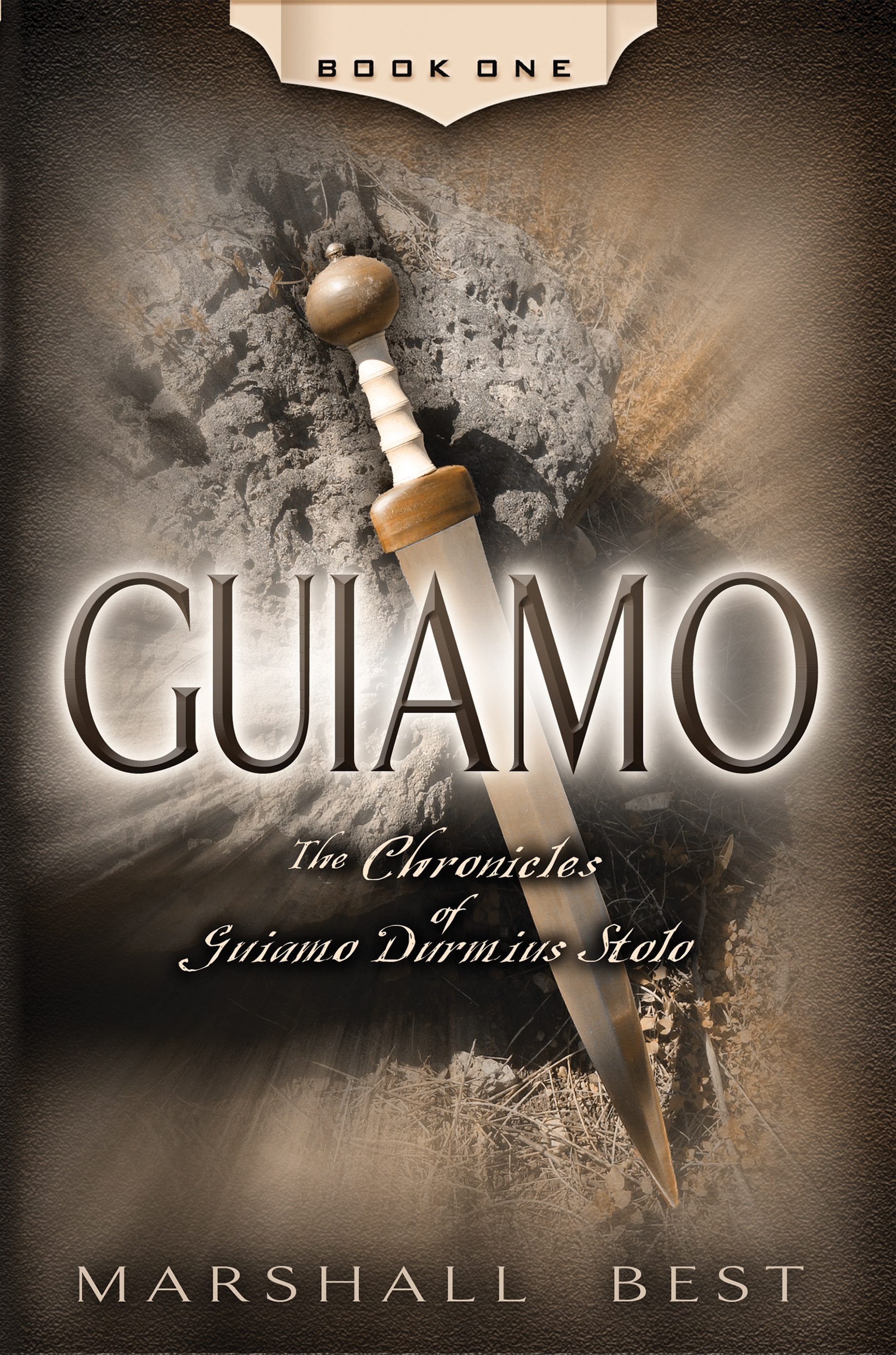 Behold the son of Mars comes!

In 60 B.C., ten-year-old Guiamo Durmius Stolo, an exceptionally gifted Roman orphan, is abandoned in Gaul . Left to fend for himself, Guiamo is set onto a path of legend. Recognized by the gods as having world-changing talents, he is given a weapon that changes his destiny and the world’s forever.

Combining legitimate legends with actual historical events, Marshall Best weaves an epic story that portrays the ancient world as it might have been, a world which the ancient historians recorded as fact; a time when gods ruled the earth and strange creatures dominated the land. It is the era of civilized conquerors exploring distant and primitive new lands. Scant recordings left to us today only touch on the fringe of the fantastic and brutal reality that existed in those distant lands of the west. Into this age, young Guiamo enters the world stage as the great game-changer, and by his hand the gods and beasts become destined to disappear into myth and legend.

Marshall Best has taken his time and done his research in this epic fantasy. A full 3/4th of the book is completely devoid of any magic. This helps build the world that Guiamo lives in. Tossed out of the back of uncle’s wagon the new orphan is alone with his dog Flaccus.

He meets an old fisherman named Caladius and earns his keep by mending nets. The old man notices a rare quality in the boy, ingenuity. He encourages it during the two years he wards him. Soon Guiamo’s need for knowledge becomes too great for the simple fishing village to provide. He is sent to Gabinus a wealthy lord of a blacksmith. He stays there as a guest the remainder of this first novel.

One thing to remember when reading this is that you should never confuse convenience with being utterly deliberate. It may come to your mind that young Guiamo seems to be provided with everything he could possibly need. You’d be right about that. However that is the style of older tales. The hero always received whatever attributes were required in his life from the gods. The difference between Guiamo’s ingenuity and Herecles’ strength is that it is more believable. I can better envision a historical figure that invents an oversized iron crossbow than a strong man slicing the heads off a hydra. That is why the first instance of magic in the book comes as such a shock.

I compare this light handed approach to magic between Marshall Best and George R R Martin. Martin also lulled the reader into thinking that real magic was mostly superstition in the early parts of A Song Of Ice And Fire series. It allows the story to become more grounded and dissuades magic from being a crutch to lean on.

This first book is all set up. Threats loom in the distance but only brush up against the hero in the last pages. This is the story of how a young orphan boy grew up and became an educated young roman and apprentice druid. The level of detail is astonishing and you really feel part of this world. My favorite moment is when young Guiamo is sitting on a hilltop dining with Julius Cesar. They watch as Guiamo’s ingenuity turns the tide in a naval battle of the coast. It makes you anxious to see what battles the young man will fight.