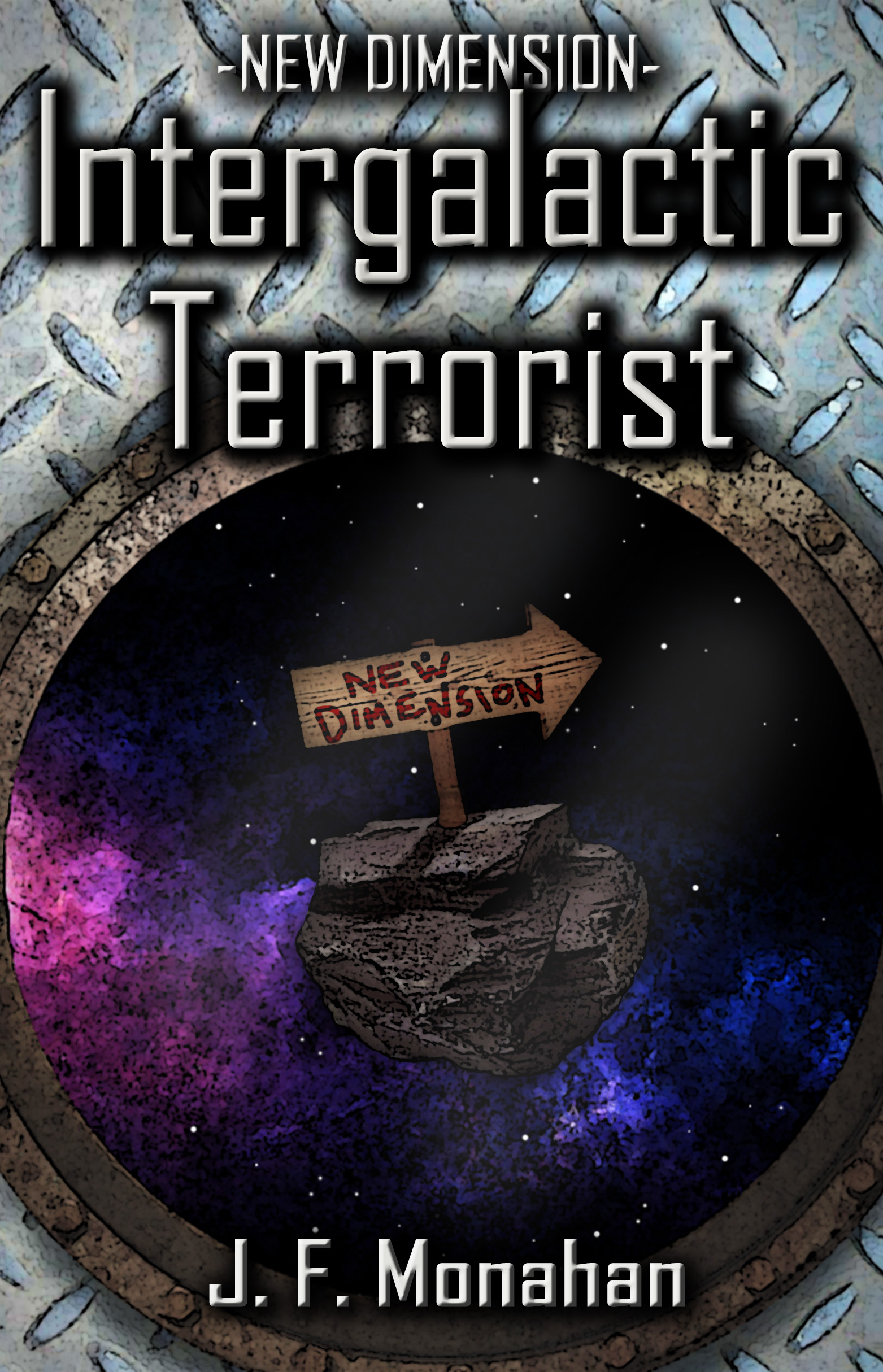 Reviewers should always be wary of making comparisons between authors: all too often it can instantly pigeon-hole the author you are reviewing and do them the injustice of suggesting they can’t come up with original ideas. Nevertheless, there is an unmistakable air of Douglas Adams about Joseph Monahan’s first work, Intergalactic Terrorist.

From the ordinary human thrown across the galaxy by a strange alien to the grandiose non sequiturs that deliver a punch line of irrelevant, yet hilarious ridiculousness, Monahan delves deep into the grand British tradition of farce to deliver an intergalactic story of epic proportions.

Charlie Penrose, Pinwright – whatever his name is – is a nothing, a loser in a dead-end job with no prospects who ends up thrown across the multiverse in a never-ending journey of mishap and mayhem when asked to fix the damaged spaceship of the alien Greebol. From bank heists gone wrong, to kidnapping, searching for treasure, dragons and a dreaded overlord, Charlie Pinwright doesn’t even have time to go to the toilet. Well okay, actually he does, providing he can find a urinal suited to the Human species. Encountering dwarfs and elves, hirsute alien thieves and green-skinned princesses, Charlie wants nothing more than to get home, even if home has been destroyed by his own incompetence.

Monahan delivers a roller-coaster ride of a story, with primary characters that are well fleshed-out to the extent that you actually feel sympathy for the protagonist and even admiration for the cheeky and irrepressible Greebol. Certainly, Monahan lacks the finesse of Adams, and the odd spelling or grammatical error, coupled with an overabundance of exclamation marks, did detract slightly from the narrative. Nevertheless, with allusion to Star Wars and other space operas littered through the book, a wry grin often crosses the face as you triumphantly identify the nod to Monahan’s childhood.