Review: Robert Geoffrey’s A Letter To My Son 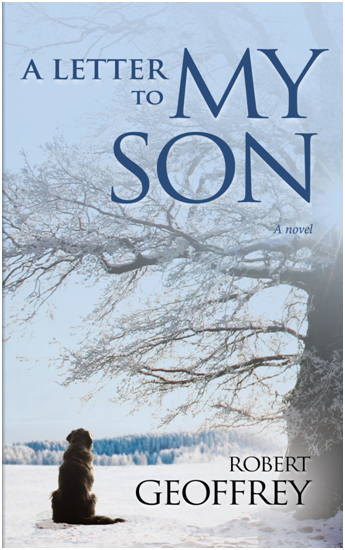 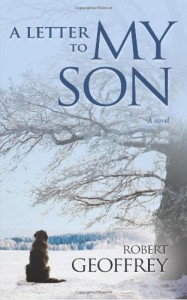 As someone who has experienced an awful amount of loss in my life, I am now quite hardened to the emotions that come along with death. Sadly during my time I have attended over 30 funerals of loved ones and friends, and you build a thicker skin than most people have when dealing with the thoughts and feelings surrounding loss. As an example, I very rarely cry anymore, I almost expect bad news when the phone rings, so a book about loss doesn’t affect me. That is until I read A Letter to my Son by Robert Geoffrey.

Tom has lost both his wife and his young son and now lives a lonely existence deep in the woods in his solitary cabin. He walks his dog and is pretty much shut off from personal interaction. One day he meets a young man in the meadow whilst walking and a bond is struck between Tom and his new friend William. As the friendship grows Tom comes out of himself a lot more. He talks to William about the family he lost, and watches as William himself grows into a man and becomes a father himself. They travel and adventure together in a way Tom had always dreamed of doing with his own son. When Tom finally passes away, William waits until his favourite time of year and then visits the grave of his friend. Tom had always talked of writing his son a letter but never had so William has written one explaining the love Tom had for his family, the regret he carried with him, and Williams own affection for Tom as a father figure.

This was an emotionally heavy read. Whether that’s the way it’s written or my own buried feelings coming to the fore, it is hard to judge, but one thing is for sure you will shed a tear when reading A letter to my Son. Geoffrey has created a lovely story of two men from different generations creating a family like friendship and the story throughout the four sections of the novel are really quite heart warming. But then the end comes, and that letter. I have often thought of writing letters to those I have lost and wouldn’t know where to start if I’m honest but Robert Geoffrey nails it first time. It is highly charged with forgiveness and regret, love and adventure, and had me weeping like a young child.

A fantastically poignant book for me to read. Whether there is a market for this level of emotion in books is yet to be seen, but if a journey through growth and loss is your thing you wont find better than A Letter to my Son to cleanse your soul.