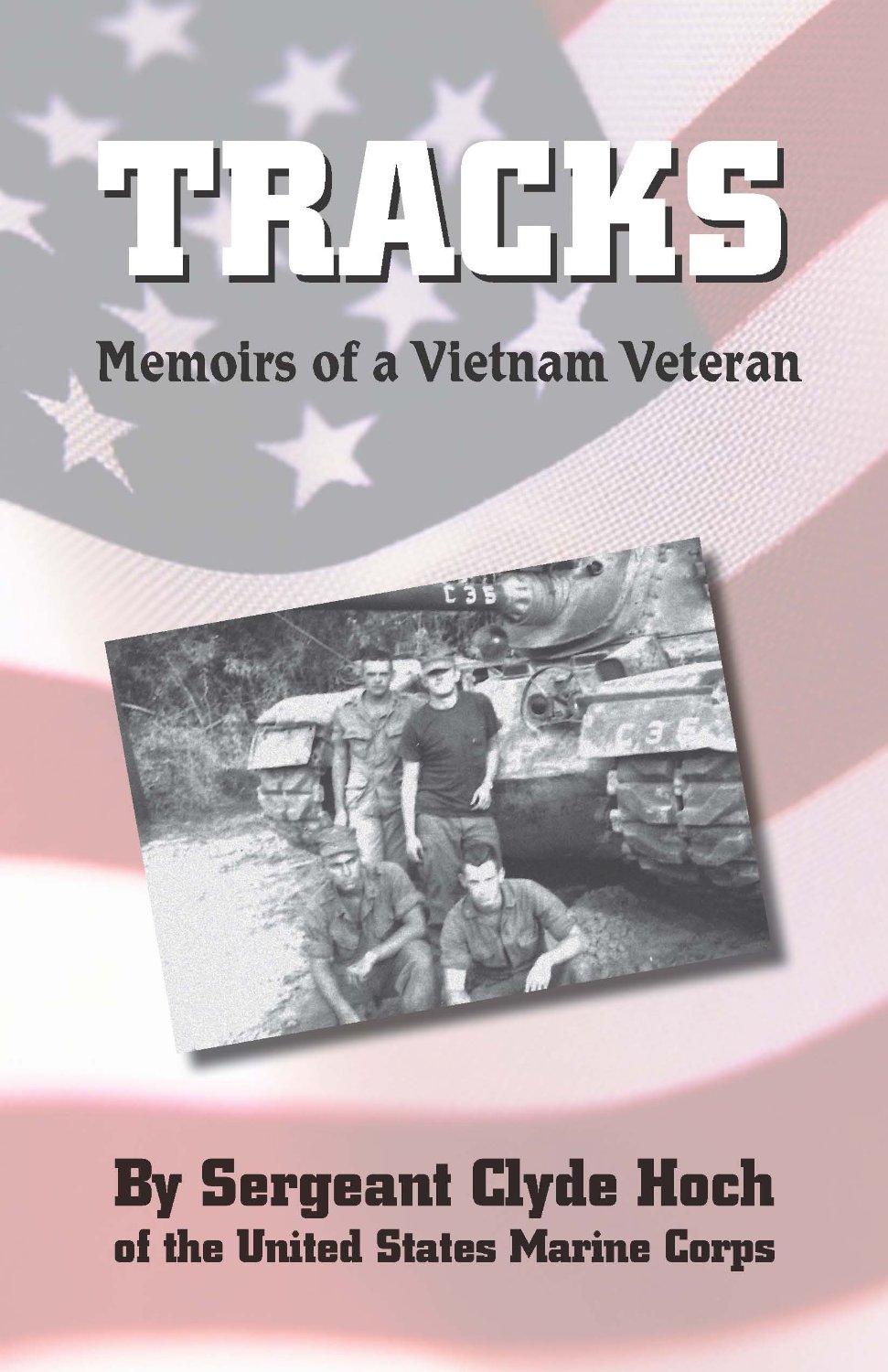 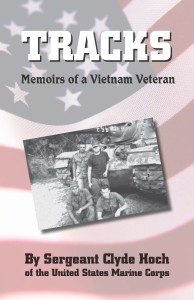 Sergeant Clyde Hoch’s Tracks: Memoirs of a Vietnam Veteran is a stunning read. Stunning in its honesty. Stunning in its style. Stunning in its brutality. I am the child of a war veteran, Dad was in the first Gulf War and served in the Northern Ireland conflict, so I have had my fair share of stories involving a soldier’s exploits in war but Sergeant Hoch has made me cry. I was expecting the harrowing imagery, anyone who has been touched by conflict knows this is an everyday thing in times of war, but Sergeant Hoch has a writing style that grips you from the first page so you become immersed in the tale and I found I was weeping at the silliest of things, the small things you don’t get from war books, and the honesty of the prose. Sergeant Hoch’s time in Parris Island was particularly moving, reading like a script for Full Metal Jacket but splattered with the kind of realism that doesn’t come across on a screen.

Sergeant Hoch then regales us with the next move towards becoming a Marine with Infantry training at Camp Geiger before moving on to Tank training, colleagues losing fingers in the equipment, and a Gunnery Sergeant nearly apologising. It’s a third of the way into the memoirs before you even set foot in Vietnam and I’m mentally exhausted already, this is not a one sitting read by any stretch of the imagination, but I feel I’m now a Marine with a tank and I’m off to war!

Not every part of the book is harrowing and filled with warfare and loss though. I particularly enjoyed the antics of Al, friend and colleague of Sergeant Hoch’s who obviously provided a lot of light relief with underwear dancing and trading cigarettes with a shepherd for wine.

Finally in Vietnam you get to learn about the controversy of whether Tanks should even be in Vietnam, the black market, and some of stories are quite human especially those involving the local children being fascinated with the Tanks and their crew. There is however a dark side. The conflict was not a pretty war and the body count on both sides was too large to actually calculate in images (I find after a war exceeds a couple of thousand my brain won’t allow me to picture the dead anymore). The memories shared by Sergeant Hoch are as fascinating as they are harrowing and need no expanding by me in this review. There is no way I could do them justice and the enormity of the Vietnam war only really hit me whilst reading the words and viewing the selection of photographs that accompany the narrative. It’s okay thinking you know because you watched Platoon or the like but when you read the diaries and memoirs of people like Sergeant Hoch you finally grasp what an atrocious world we often live in.

Throughout the book Sergeant Hoch describes his thoughts and environment with great clarity and very often finds the humour in what is happening around him and it is this lightness that makes Tracks as palatable as it is. I thank Sergeant Hoch for his memoirs and hereby state that this is by far the best personal account of someone’s life I have ever read. I’d also like to make a quick mention of the song lyrics at the start of book by Frank Carr that set the tone very well.