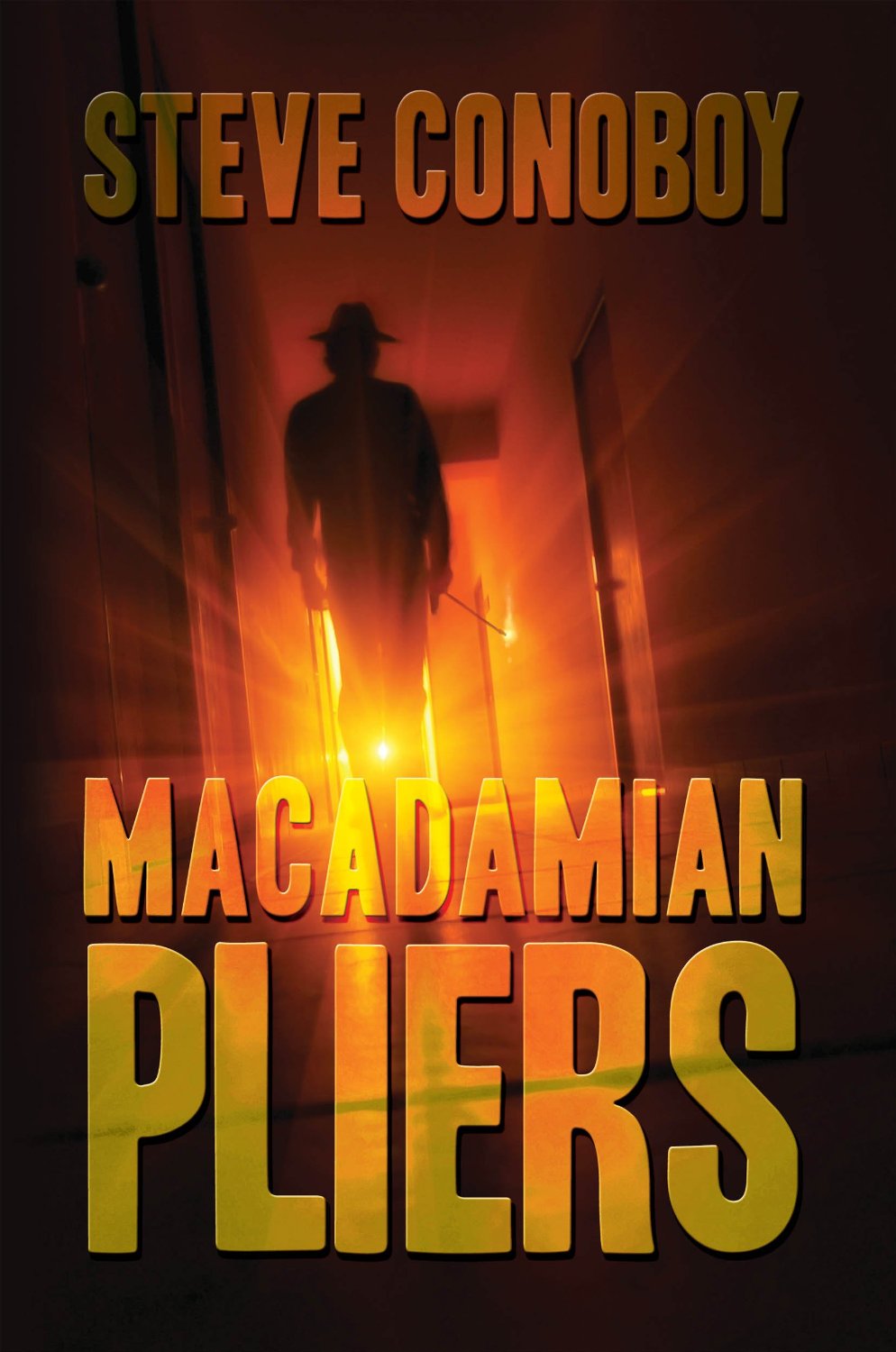 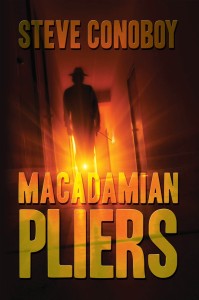 Macadamian Pliers is an unpleasant man with a hideous plan. He’s just sold a house to Emmet’s Peak’s newest family, and they’re about to find out it’s haunted. He made it that way.

In the first volume of a trilogy, Cherry and Frank Raine find themselves in a battle of wits and nerves against both the ghosts in their new home and the man who put them there. Cherry, physically and emotionally scarred by a car crash, must draw from within herself the strength to confront her fears and save her family. Frank must choose between taking responsibility for once or being led astray by firebug Jack, a local boy with a dark sense of fun. As the haunting escalates, Cherry discovers that other homes have been affected by the strange-shaped and evil-hearted Pliers, but what chance do a couple of kids have against such a man?

I got to the end of Macadamian Pliers and sat back enjoying the feeling you get when you read something brilliant. I marvelled at the horror being descriptive but not overly horrific, the story being the important aspect of the book and not shock value. The narrative was superb and there was no overly course language to drive the horror home, just incredible storytelling that left me wishing all horror books were written like this. Then I went to add my star rating to Goodreads, as I do with every book, and only then did I notice it was listed as a Young Adult novel. Well, blow me down with a feather! I’ve read a lot of YA books in my time as a spouter of opinion and every single one read like it was written for a younger audience, not that there is anything wrong with that, but Steve Conoboy seems to have approached the genre differently, either on purpose or by accident. What I read was just a bloody good book with the staple shocks and offending language, usual in horror fiction, stripped out so the story became the most important element and that was refreshing. The characters were all believable, the plot superb and Conoboy’s descriptions reminiscent of Stephen King’s in Needful Things. That book gave me chills when I first read about Leland Gaunt and it wasn’t until the description of Macadamian Pliers as he stood in Cherry’s new bedroom that I got those same chills. This was solid story telling, dare I say old fashioned? In that it was dependent on its characters rather than its gore, its psychology rather than its setting. I can only hope for more of the same. Well done Mr Conoboy and if I have to pretend I’m 15 years old to read the next one, so be it.